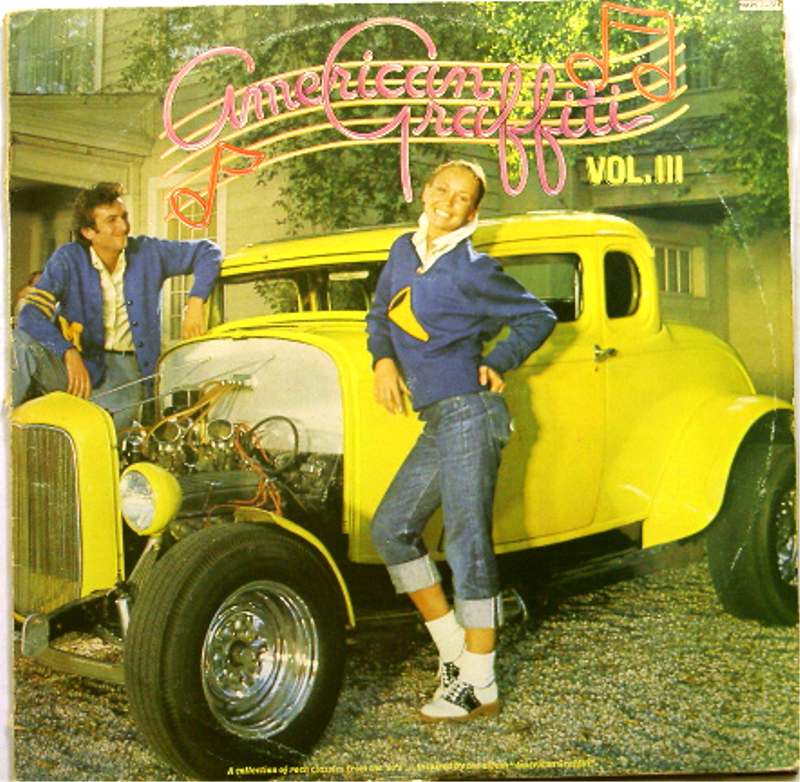 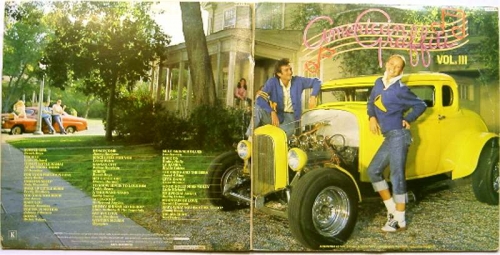 MCA Records took careful measures to make certain this compilation would appeal to fans of the film American Graffiti, released in 1973. The 50's boom was going strong in 1976, mainly spearheaded by the runaway success of TV's Happy Days, so the idea seemed a sure winner. The cover featured the film's logo (neon lettering on a music staff) and a couple of twenty-somethings in 50's garb posing with John Milner's yellow Deuce Coupe from the film. Like the actual soundtrack, it's two LP's worth of golden oldies that are filled with surprisingly worthwhile selections. You get Buddy Holly, The Beach Boys, Little Richard, Everly Brothers, Richie Valens, Little Anthony, Jerry Butler, and a bunch more good songs from artists with less "name value". As much of a cash cow as this product is, at least real care was taken to provide the consumer with a solid product -- a practice that, like the innocent oldies past, is a faded memory.