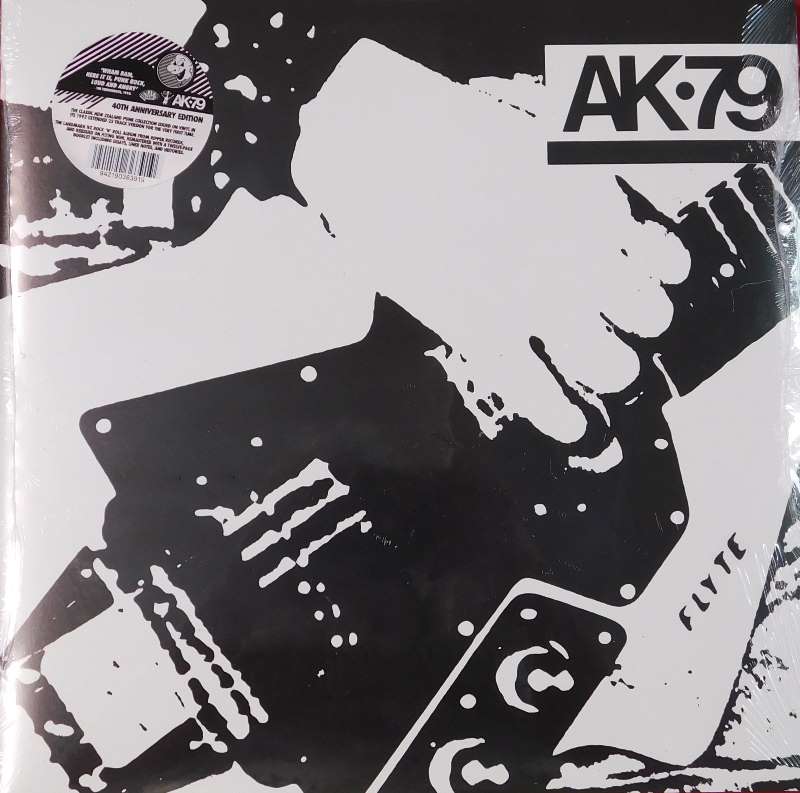 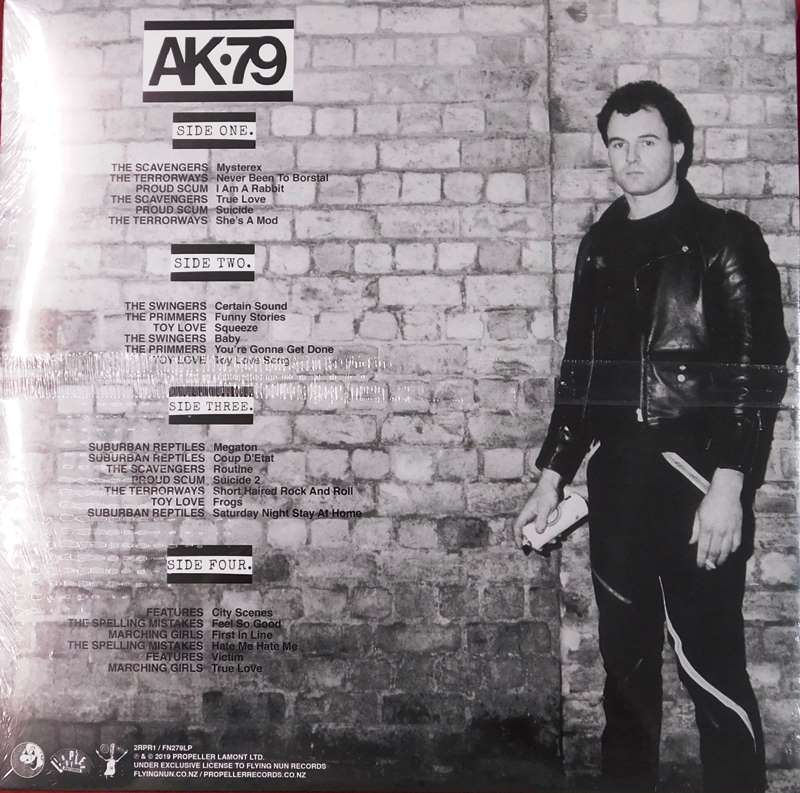 AK79 is a compilation album of tracks by punk bands active in Auckland, New Zealand in the late 1970s. The album was compiled by Bryan Staff, with artwork from Terence Hogan, and was released by Ripper Records in December 1979.[1]

Bands featured on the original compilation include The Scavengers,[2] The Swingers, The Primmers, Proud Scum, Toy Love and The Terrorways. An initial pressing of 500 was sold to a retailer. It was later reissued on LP and cassette via CBS, but deleted in 1982.

The defining record of the Auckland punk scene, it became rare and sought-after over the next decade.

An expanded and remastered CD version of the compilation was compiled by Simon Grigg and Roger Shepherd. This was released jointly by their record labels Propeller Records and Flying Nun Records in November 1993. This issue was expanded to include tracks by The Suburban Reptiles, The Spelling Mistakes, The Features and The Marching Girls, and additional titles from the bands on the original album.

The reissue was remastered and partially remixed by Grigg, with expanded artwork by Andrew B. White. The liner notes were by Grigg, Staff and Terrorways drummer Kerry Buchanan.

On 21 and 22 November 2008 a number of the bands got together for a reunion gig (compered by Bryan Staff) in Auckland, including The Scavengers, Proud Scum, The Terrorways and The Spelling Mistakes. Neither The Terrorways or Proud Scum had performed since 1980.[3]

A reissued two-LP AK79 with further unreleased tracks and a 20-page book (including commentary from 30 band members and original punks) was sold at the reunion gig, as well as AK79 T-shirts and other memorabilia.