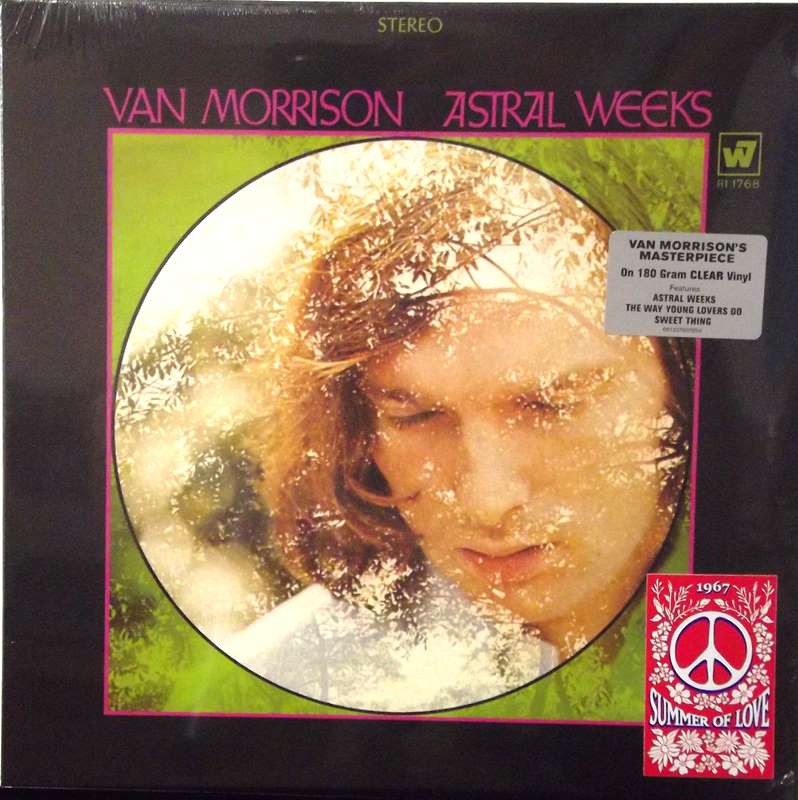 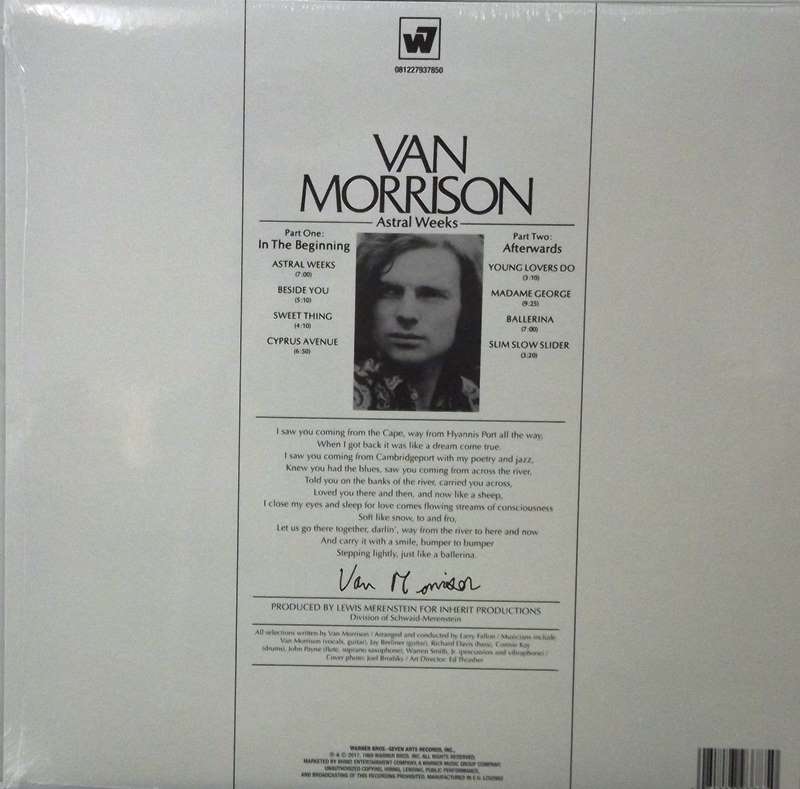 Astral Weeks is the second studio album by Northern Irish singer-songwriter Van Morrison. It was recorded at Century Sound Studios in New York City during three sessions in September and October 1968, although most participants and biographers agree that the eight songs were culled from the first and last early evening sessions. Except for John Payne, Morrison and the assembled jazz musicians had not played together before and the recordings commenced without rehearsals or lead sheets handed out.

Astral Weeks' critical standing eventually improved greatly, however, and it has since been viewed as one of rock music's greatest and most important records (a reputation Morrison himself has dismissed). It is sometimes referred to as a song cycle or concept album. Critics laud the album's arrangements and songwriting. Morrison's lyrics are often described as impressionistic, hypnotic, and modernist. It was placed on numerous widely circulated lists of the best albums of all time and had an enduring effect on both listeners and musicians. Forty years after the album's release, Morrison performed all eight of its songs live for the first time during two Hollywood Bowl concerts in November 2008; this performance was later released as a live album.