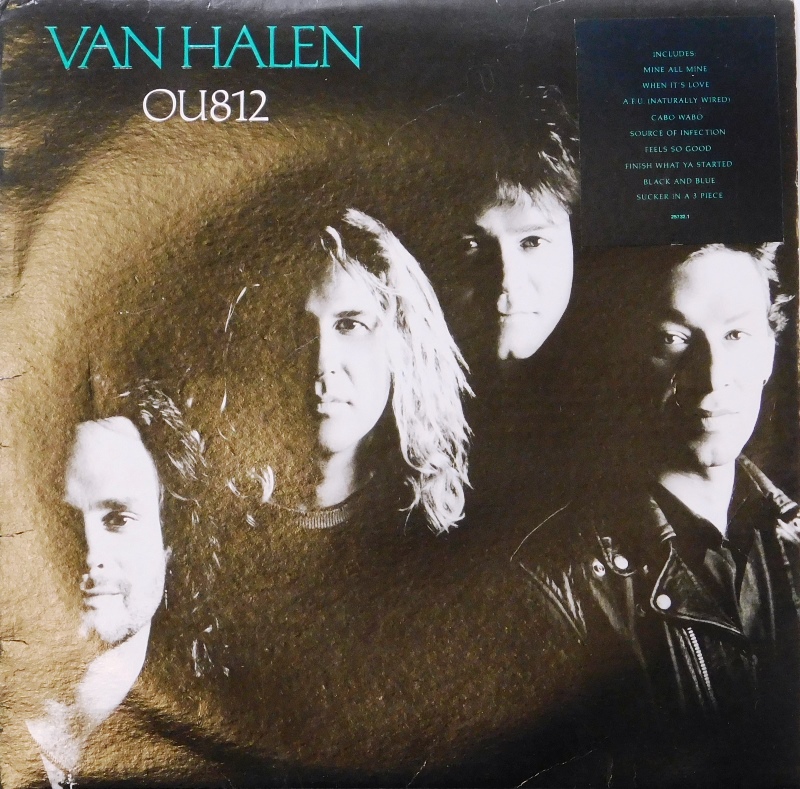 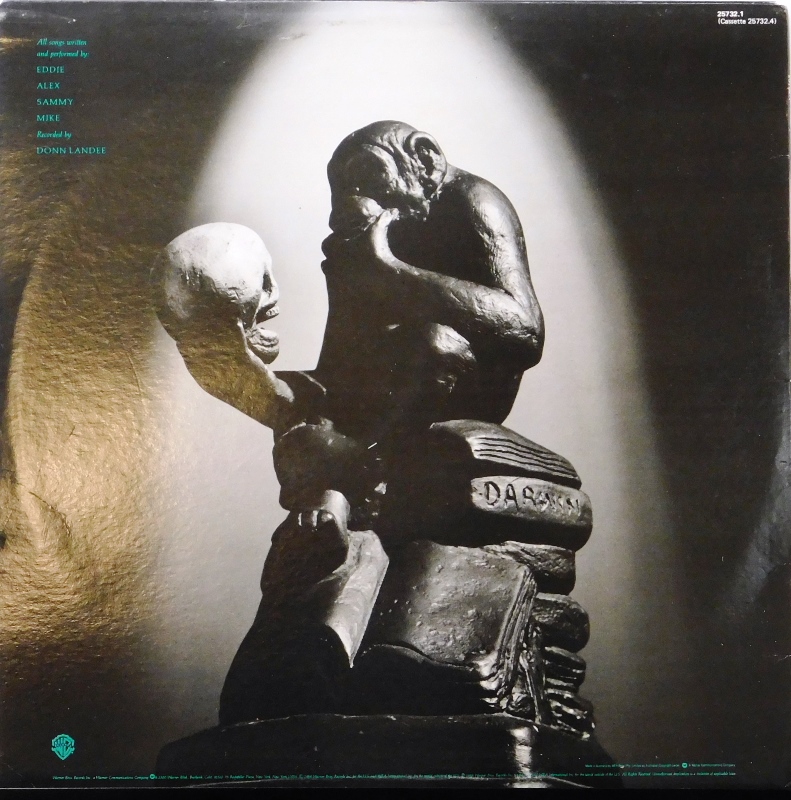 OU812 (pronounced "Oh You Ate One Too") is the eighth studio album by American hard rock band Van Halen, released in 1988, and the second to feature vocalist Sammy Hagar. Van Halen started work on the album in September 1987 and completed it in April 1988, just one month before its release.

Once the tour for 5150 concluded, Eddie Van Halen had some riffs he had been working on and Sammy Hagar "had a bunch of lyrics in notebooks that I had been thinking about and writing", so they decided to work on another album soon. While the album acknowledges Van Halen for writing and performing and Landee for recording, there was no production credit because according to Hagar, "the band pretty much produced the album ourselves. And we weren't producers, in the sense that we went in with an idea and told everybody what to do and took control. There just wasn't a producer." The only cover song on the album, Little Feat's "A Apolitical Blues", was coincidentally also done by former Van Halen producer Ted Templeman and Landee, to the point the engineer used the same setup to record Van Halen's version.[1]

When Hagar was brought to the studio, Eddie showed a piano and drums demo he recorded with Alex Van Halen, which the band soon developed into the song "When It's Love". Given the musical parts were finished quicker than the lyrics, Hagar took some weeks off and travelled to his Mexican house at Cabo San Lucas to work on more songs. There he found the inspiration for the song "Cabo Wabo", which borrowed the melody of "Make It Last", a song Hagar composed for his previous band Montrose, and whose title later named Hagar's nightclub in the city. The last song to be developed was "Finish What Ya Started", which Eddie and Hagar composed one night late into the production. However, the last track to which Hagar recorded his vocals was the eventual album opener "Mine All Mine", as he felt unsure about the lyrics. The deeper metaphysical lyrics to "Mine All Mine" were rewritten seven times, with Hagar saying "it was the first time in my life I ever beat myself up, hurt myself, punished myself, practically threw things through windows, trying to write the lyrics."[1] Although it was considered a joke song, "Source of Infection" was written about Eddie's hospitalization with dengue fever during his vacation in Australia in April 1988, celebrating his seventh wedding anniversary with Valerie Bertinelli.

The working title was Bone, which Alex hated. Hagar then decided on OU812 after seeing this on the side of a delivery truck on the freeway and finding it funny (rumors persist, though, that the title was a disguised response to the title of David Lee Roth's 1986 solo album, Eat 'Em and Smile).[1] OU812 is seen in "Cheech and Chong's Next Movie" (1980) on the license plate of the car given to Cheech at the "Comedy House" when he was leaving. It was also scribbled on the cinderblock column on which is mounted the payphone that the cab drivers used in the TV sitcom "Taxi" (1978-1983). The album's front cover is an homage to the classic cover of With the Beatles. The cover is also similar to that of Blue Cheer's Vincebus Eruptum (1968) and King Crimson's Red (1974). Album artwork for the back cover is Hugo Rheinhold's statuette Affe mit Schädel.[2]

The track listing on the back cover is arranged in alphabetical order, instead of in sequence on some releases.

The album is dedicated to Eddie and Alex's father, Jan, who died on December 9, 1986, at the age of 66. The inner linings of the album include the words, "This one's for you, Pa". Jan had previously appeared playing clarinet on one track, "Big Bad Bill (Is Sweet William Now)", on Van Halen's 1982 album, Diver Down