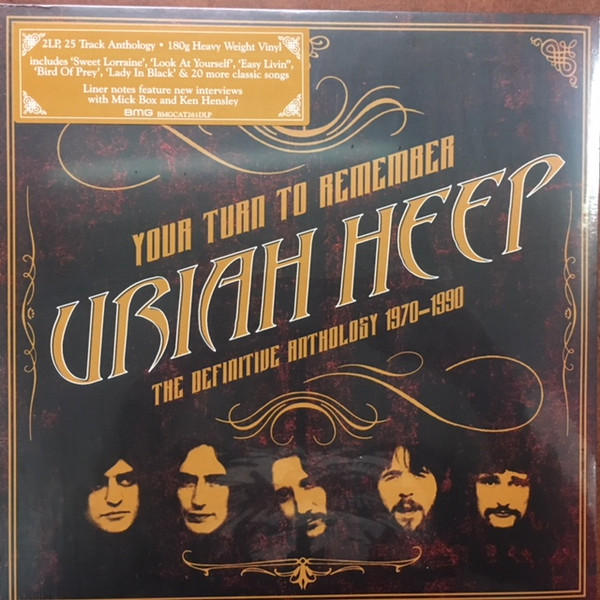 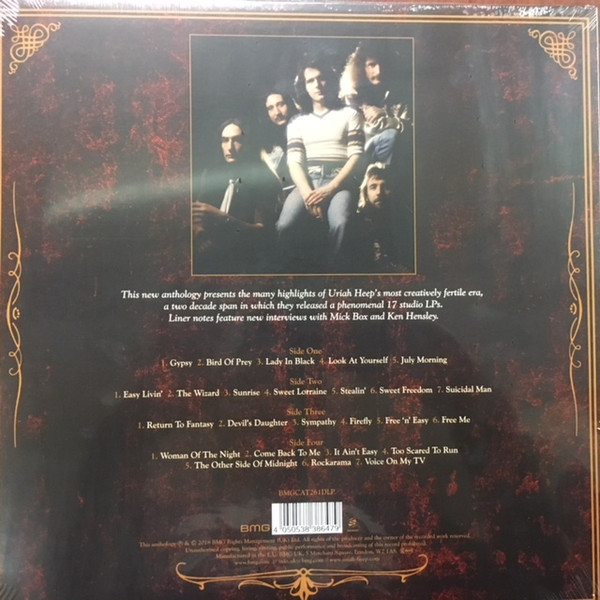 BMG are delighted to announce the Double LP release of URIAH HEEP's, Your Turn To Remember: The Definitive Anthology 1970-1990. Evoking an era when prog, hard rock and heavy metal co-existed in an era of glorious, boundary-breaking music, the songs trace the evolution of Heep from inexperienced studio musicians with everything to prove to bona fide, limo inhabiting rock stars.

The Anthology cherry picks tracks from some of Heep's most celebrated albums including Demons And Wizards, Look At Yourself, Return To Fantasy, Equator, Conquest and The Magician's Birthday.

The 2LP anthology includes the classic hits and must have album cuts from the group's most creative period. Remastered by renowned engineer Andy Pearce of Lou Reed and Black Sabbath fame. The anthology includes new liner notes from original founders/members Mick Box and Ken Hensley.