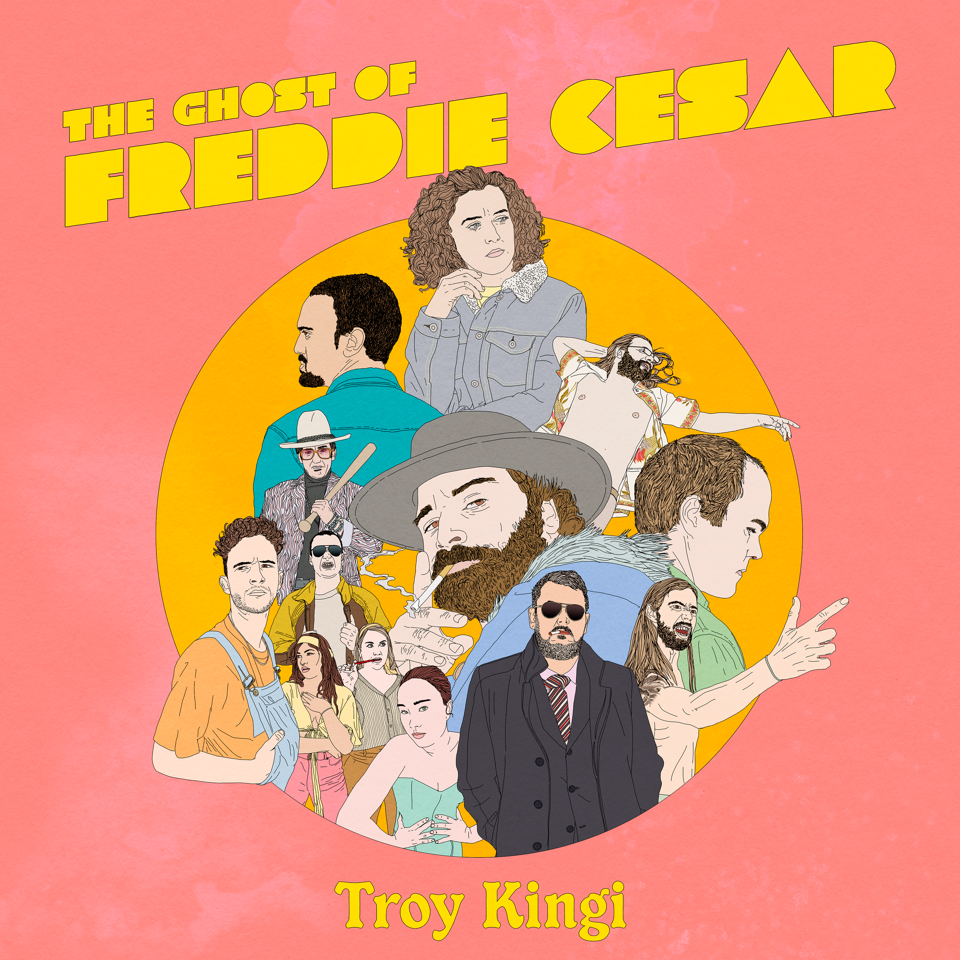 Multi-award winning artist Troy Kingi take us on a deeply personal discovery through an album dedicated to 70s funk, lost souls and memories.

The Ghost of Freddie Cesar is Troy Kingi’s most personal work to date – one that invites the listener to share his journey as he combs through recollections of his biological father, who disappeared while driving from Rotorua to Auckland at Christmas time in 2005. And despite extensive search efforts and sporadic reports of sightings, there has been no reliable trace of Troy’s father.

Troy’s journey begins in 2007. While going through his missing father’s belongings, Troy found a cassette tape.

“It looked pretty old and had this scribbled name, Freddie Cesar on it, and on the back was just handwritten names of songs. I recognized some of the songs from my early childhood back when my parents were still together and started writing down the lyrics as a form of therapy. I must have forgotten it for a while – but sometime in 2010, I found the notebook of the songs again, but not the cassette tape, so that's when I decided to find out who Freddie Cesar was. It turns out there is very little out there about him which further compelled me to recreate something.”

“It’s kind of a dedication to my dad and Freddie Cesar, this album. Even though the lyrics aren't fully mine and the music’s not fully mine, I feel him when I’m singing these songs.”

Much of Freddie Cesar’s life remains a mystery, but listening to the lyrics, it becomes evident that Freddie Cesar may have been a Vietnam Vet, struggling with the issues of the day associated with that life: alcohol, drugs, PTSD and his inability to settle back into civilian society. Troy’s interpretation of this time as a funk-filled landscape paints an imagined picture of the life of Freddie Cesar.

1. Shake That Skinny Ass
2. Is the Honeymoon Gone?
3. Caught in the Rain
4. Through My Venetians
5. Chronophobic Disco
6. First Take Strut
7. Nam Must Stay
8. Skylegs Jackson
9. Good Love
10. King of the Powder
11. All Your Ships Have Sailed