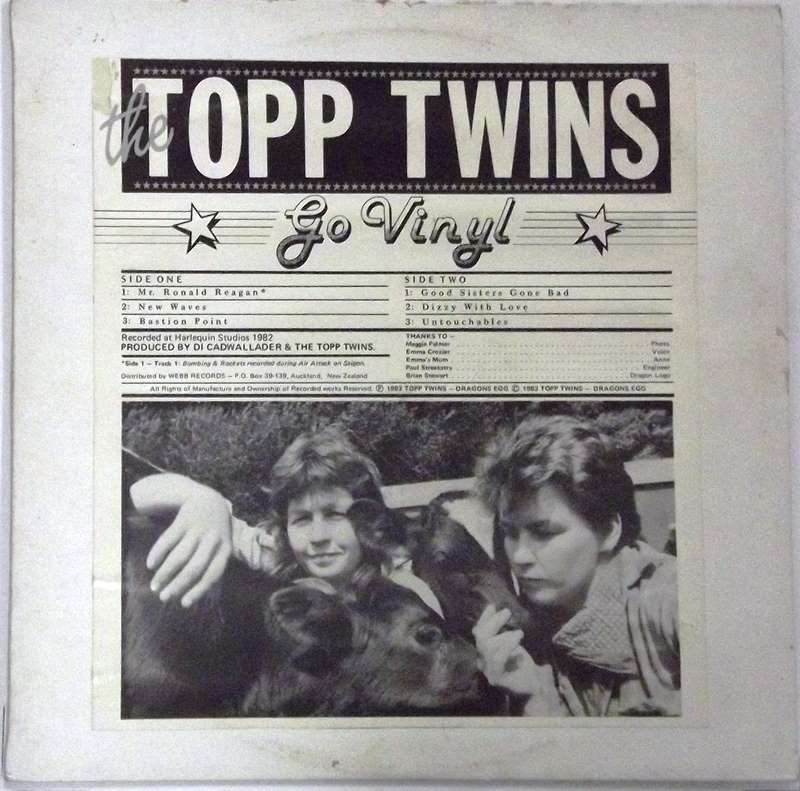 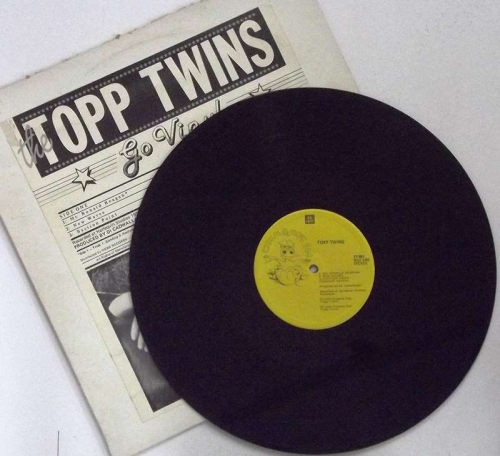 Nice clean vinyl with a good cover (white card with printed sheet glued on front) has rubbing on top seam.

The Topp Twins (born 1958, Huntly, New Zealand[1]) are the folk singing and activist sister comedy duo of New Zealand entertainers Jools and Lynda Topp. They are known for their country music influenced style, live shows and television performances. They often perform as characters, the most notable being the roles Ken & Ken, and Camp Mother & Camp Leader.[2]

The Topp Twins have performed as a country music-singing comedy duo for more than 30 years. In the late 1990s, they created their own TV series, which ran for three seasons and showcased their iconic cast of New Zealand characters, including Camp Mother & Camp Leader, the Bowling Ladies and Ken & Ken, roles for which they cross-dressed as 'typical kiwi blokes'.[3] The series won the twins several awards at the New Zealand Film and Television Awards and screened on the ABC and Foxtel networks in Australia.