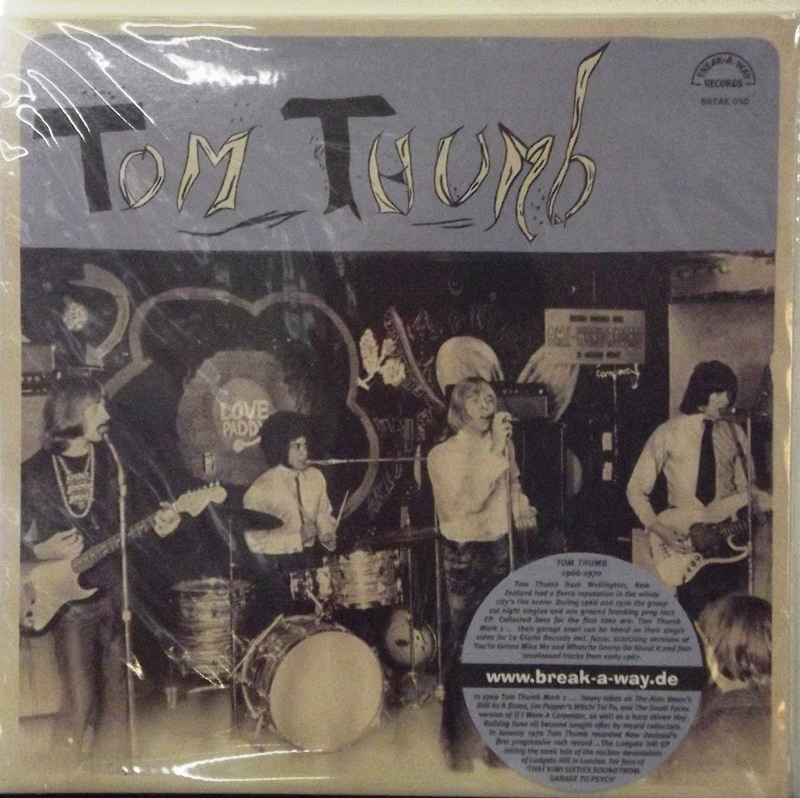 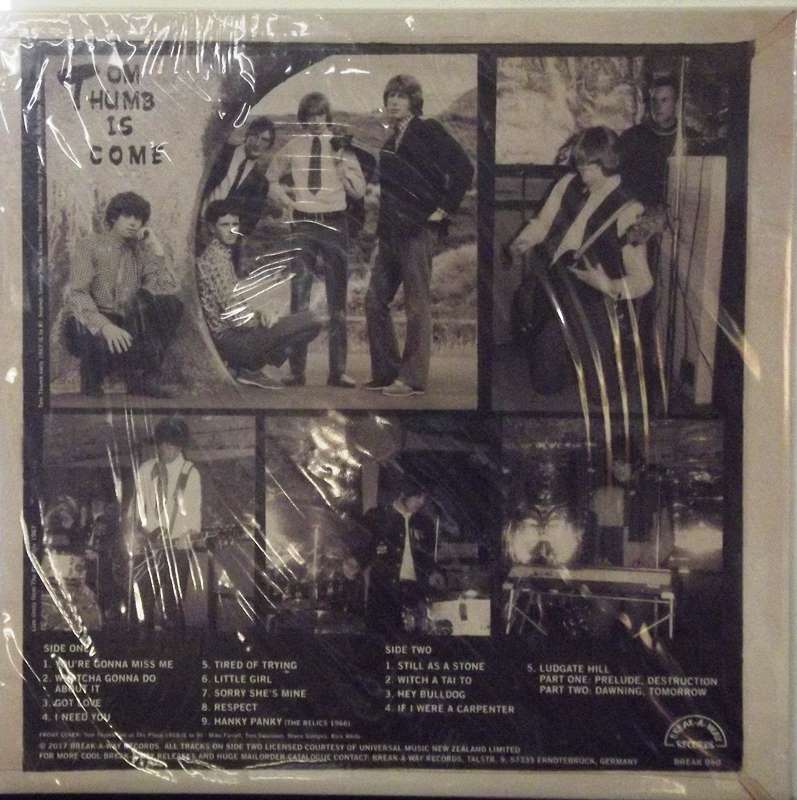 Tom Thumb from Wellington had a fierce reputation in the windy city's live scene. From 1966 to 1970 the group cut eight singles and one ground breaking Prog Rock EP.

Collected here for the first time are: Tom Thumb Mark 1 … their garage snarl can be heard on their single sides for La Gloria Records including fuzzy scorching versions You're Gonna Miss Me and Whatcha Gonna Do About plus four unreleased tracks from early 1967. In 1969 Tom Thumb Mark 2 … heavy takes of The Alan Bown's Still As A Stone, Jim Pepper's Witchi Tai To, and Small Faces version of If I Were A Carpenter, as well as a horn driven Hey Bulldog, have all become sought after by record collectors.