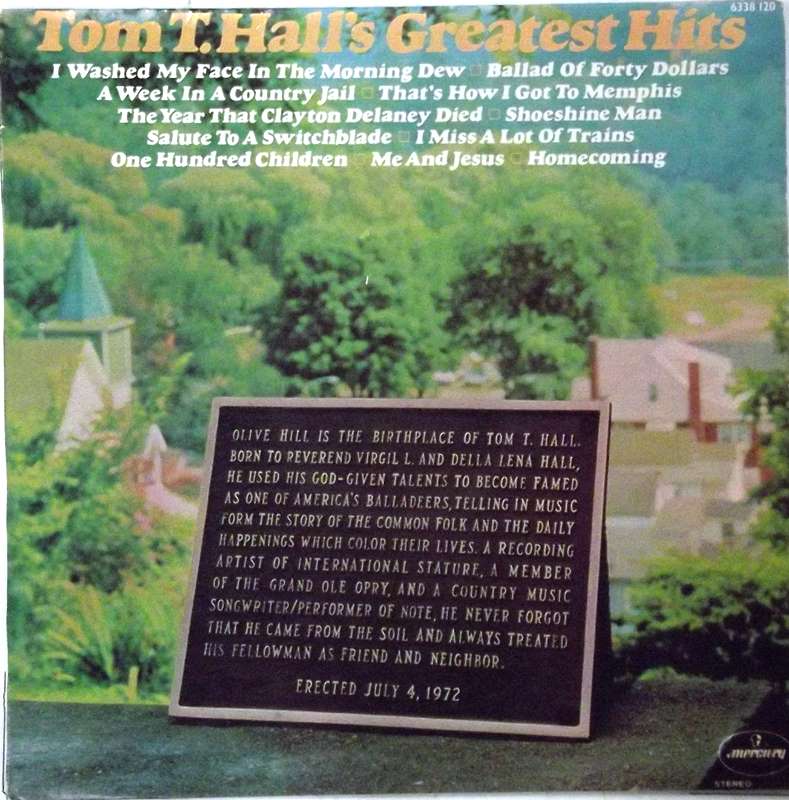 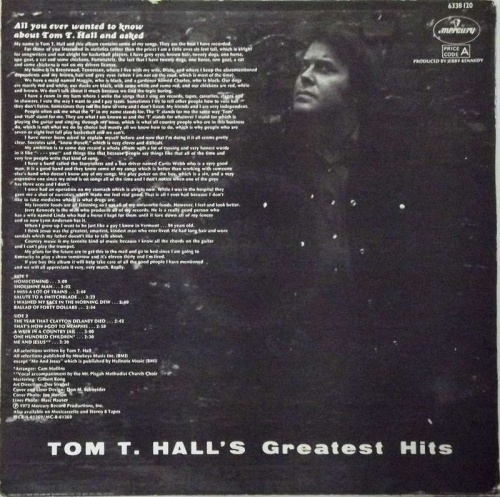 Thomas "Tom T." Hall (born May 25, 1936 in Olive Hill, Kentucky) is an American country music songwriter, singer, novelist, and short-story writer. He has written 11 No. 1 hit songs, with 26 more that reached the Top 10, including the No. 1 international pop crossover smash "Harper Valley PTA" and the hit "I Love", which reached No. 12 on the Billboard Hot 100. He became known to fans as "The Storyteller," thanks to his storytelling skills in his songwriting.