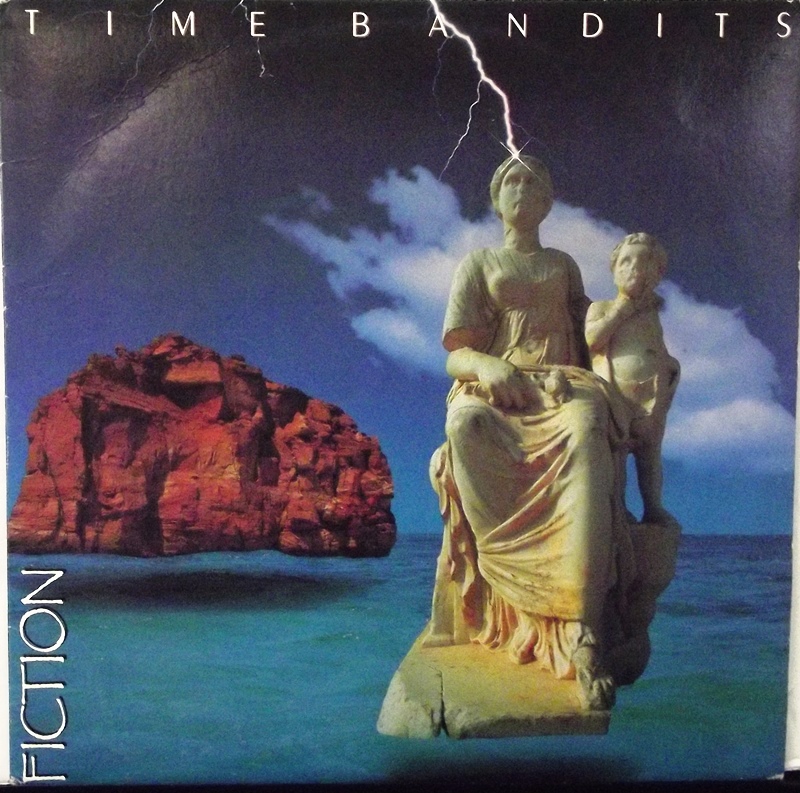 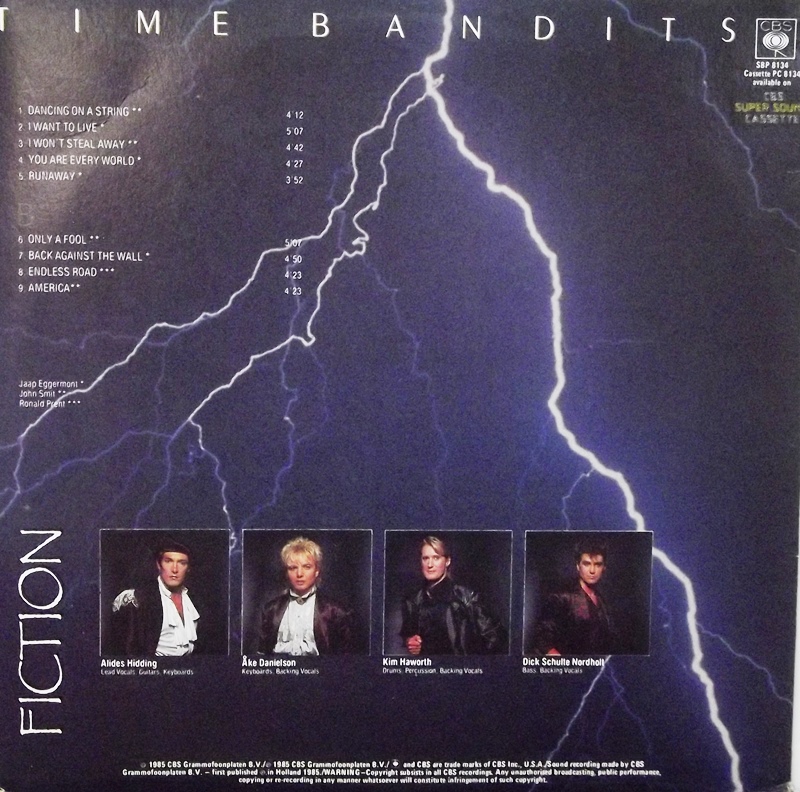 Nice clean vinyl with a good cover and inner sleeve.

Time Bandits are a Dutch band from the 1980s, best known for their hits "I'm Specialized in You", "Endless Road" and "I'm Only Shooting Love".

The band was formed in 1981 by Dutch born Alides Hidding, who wrote all songs and sang lead vocals. The band's four albums made the charts all over the world.[citation needed] Time Bandits established a presence on the American music scene with two entries on the dance charts with the number 6 dance hit "Live It Up" in 1982 and "I'm Only Shooting Love", which peaked at number 2 in 1985.[1]

By the mid-1980s, Time Bandits had also achieved great success in Australia, where "I'm Only Shooting Love" and "Endless Road" (where its music video was filmed) were both Top 10 hits and are now widely considered '80s classics. These singles and other hits such as "Listen to the Man with the Golden Voice", "Dancing on a String" and "I'm Specialized in You" were also successful in the Netherlands, Germany, France and New Zealand (where "I'm Only Shooting Love" hit number one in June 1984).

After moving to Los Angeles from Europe in 1989, Alides' songs have been recorded by such artists as Jennifer Rush, The Nylons, and various European performers. He has established songwriting collaborations with such writers as Charlie Midnight (producer of Alides' last album Can't Wait for Another World together with Dan Hartman), Jackie DeShannon, Pamela Phillips Oland, Dwayne Hitchings, Donny Markowitz, and Todd Smallwood.

The versatility of Alides Hidding is reflected in his capacity to adapt to a wide range of songwriting and producing styles. His works vary from R&B, blues, dance, rock and pop.

After an absence from the stage, Alides began touring with his new band in 2006.