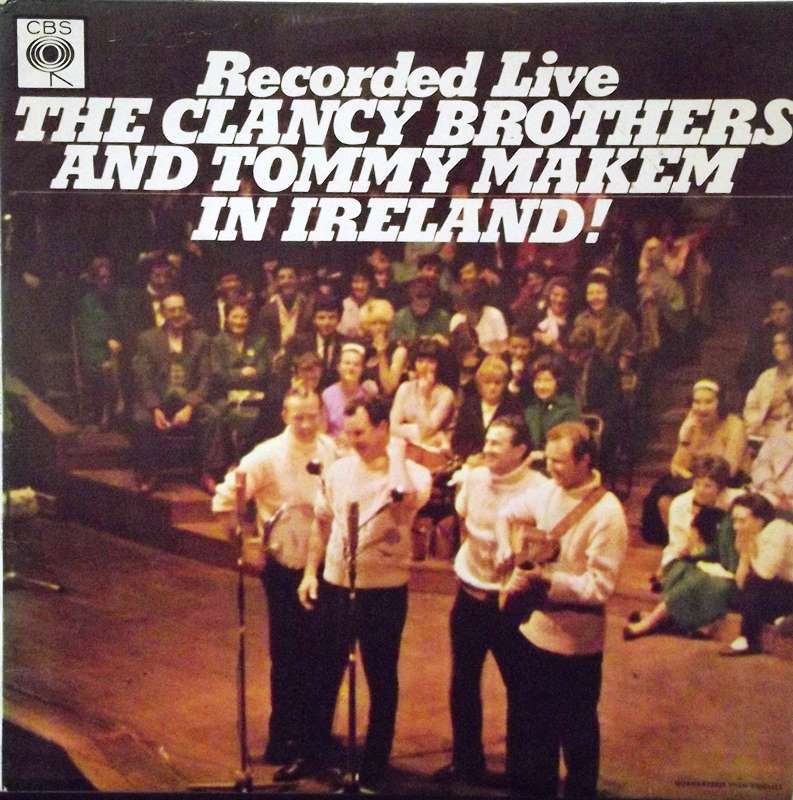 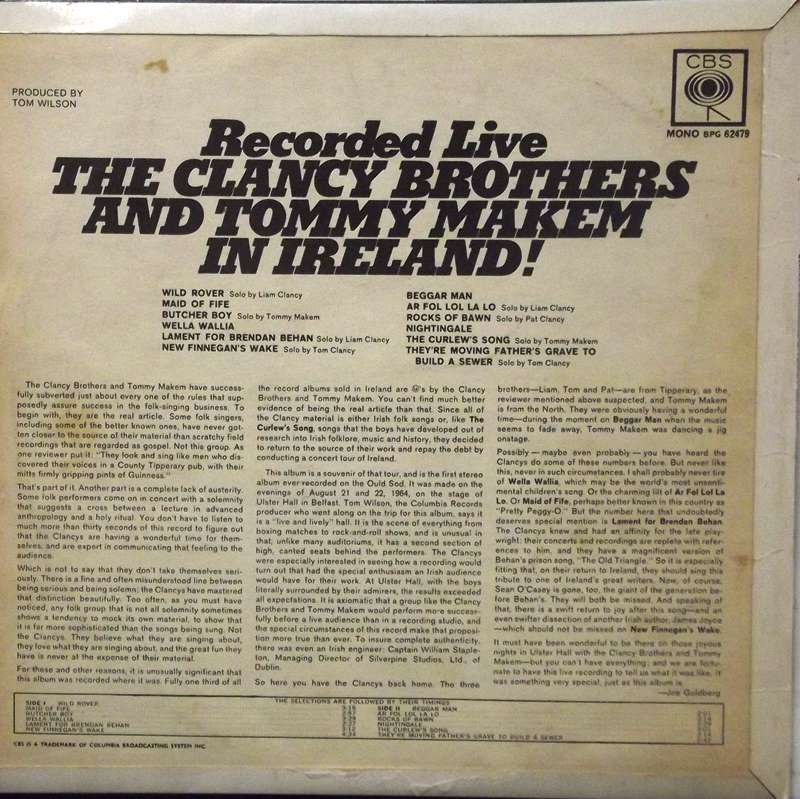 Recorded Live in Ireland is a 1965 album of Irish folk songs performed by The Clancy Brothers and Tommy Makem. It was the first live album to be recorded in stereo in Ireland.[1] It was their sixth LP for Columbia Records and, unusually for the group, included two newly composed songs in the folk style. Music critic Joe Goldberg wrote the liner notes.