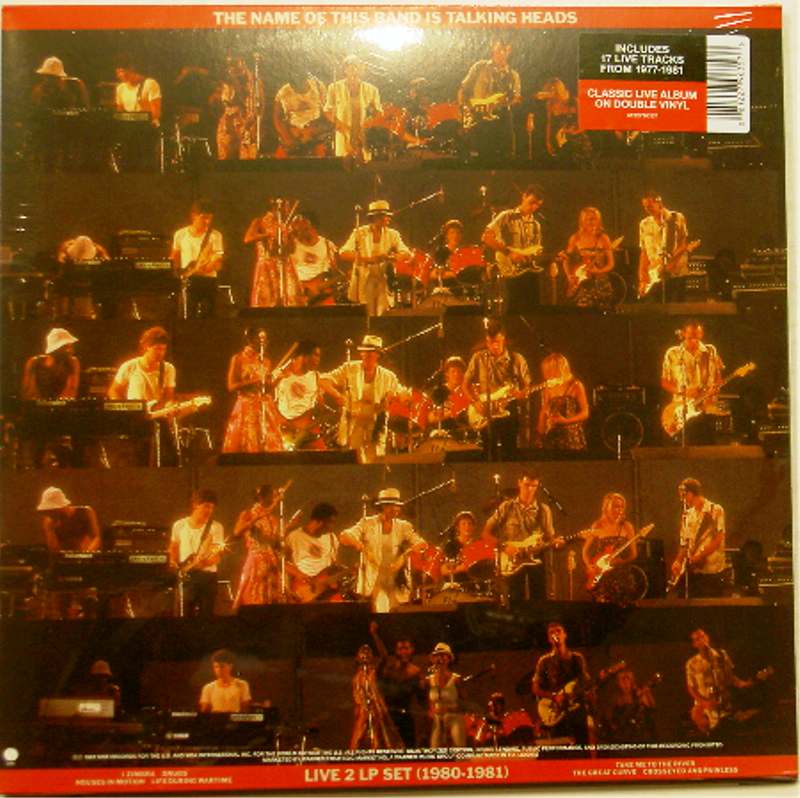 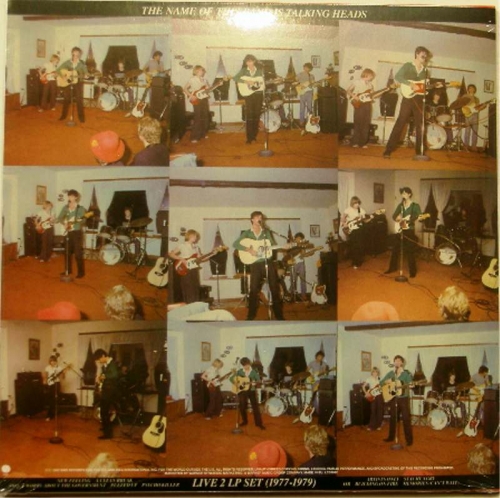 The Name of This Band is Talking Heads

The Name of This Band Is Talking Heads is a double live album by Talking Heads, originally released in 1982. The first disc featured the original quartet in recordings from 1977 and 1979, and the second disc the expanded ten-piece lineup that toured in 1980 and 1981. The album contains live versions of songs that appear on their first four studio albums, Talking Heads: 77, More Songs About Buildings and Food, Fear of Music, and Remain in Light. The cassette edition of the album included "Cities" as a bonus track not included on the vinyl edition – this track has been included on the subsequent CD release.

The title of the album is a reference both to the group's preference for having no expressed definite article within the band name (as opposed to "The Talking Heads") and to David Byrne's minimalist introductions to songs. The album opens with one such introduction: "The name of this song is New Feeling. That's what it's about."

An expanded version of the record, on CD in the United States for the first time, was released in 2004 by Sire/Warner Bros./Rhino. It duplicated the pattern of the original with the first disc featuring the quartet alone, and the second disc a ten-member band. Additional tracks from 1978 are among the eight extra songs on the first disc, and correct running order for the set from the larger band on the second disc. The introduction to the song "Crosseyed and Painless" was edited out on the CD version, however.

The remastered and expanded edition of the album is No. 15 on the Metacritic list of all-time best-reviewed albums.