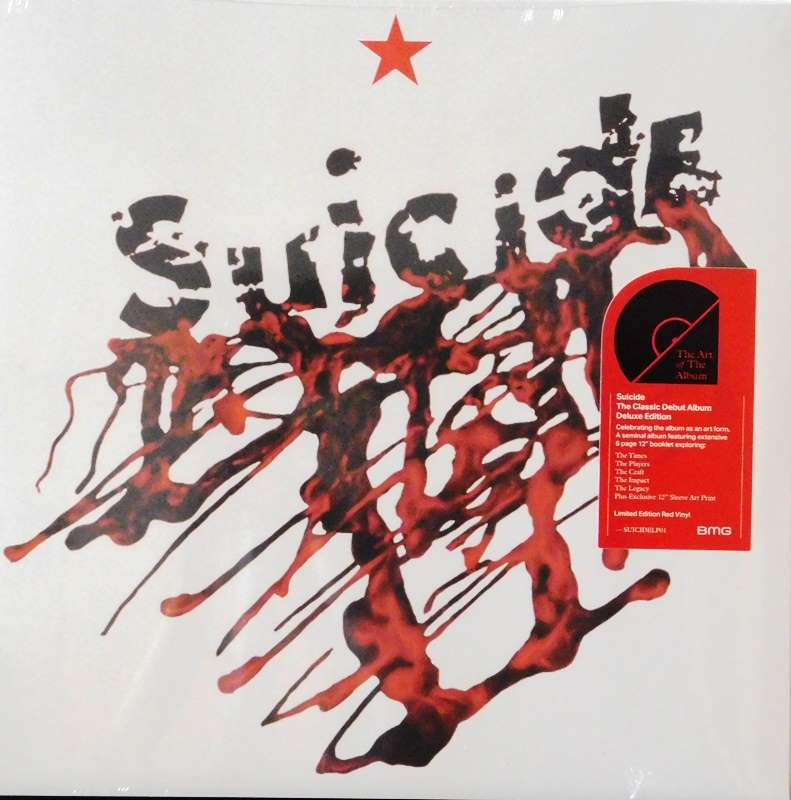 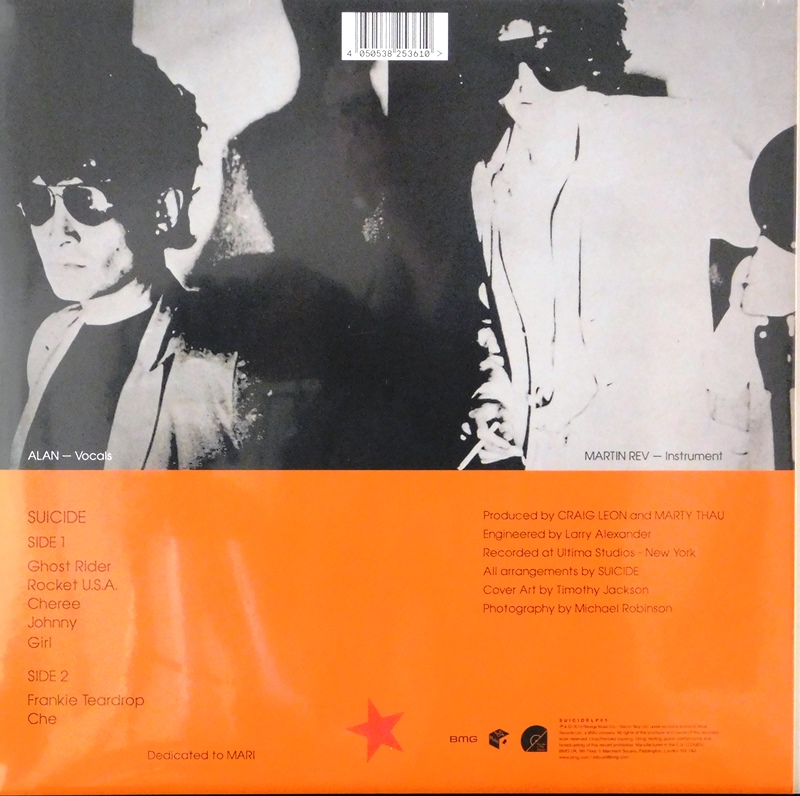 Suicide is the debut album from the American rock band Suicide. It was released in 1977 on Red Star Records and produced by Craig Leon and Marty Thau. The album was recorded in four days at Ultima Sound Studios in New York and featured Martin Rev's minimalist electronics and harsh, repetitive rhythms paired with Alan Vega's rock and roll-inspired vocals and depictions of urban life.

Upon its initial release, Suicide was greeted with positive reception from the UK press, but received mixed reviews in the United States, where it failed to chart. However, the album would soon be regarded as a milestone in electronic and rock music. In 2013, Pitchfork named it one of the greatest albums of the 1970s and Rolling Stone placed it on their list of the 500 greatest albums of all time. The album is listed as one of the 1001 Albums You Must Hear Before You Die.[5] The album also influenced artists in various genres including Bruce Springsteen, the Fleshtones, Spacemen 3,[6] and Peaches.