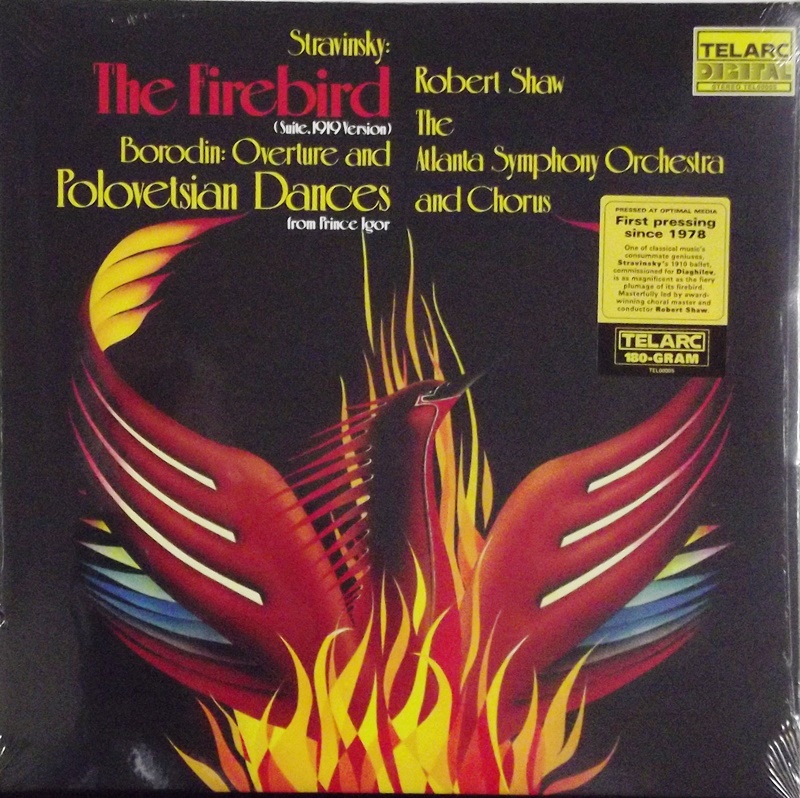 Reissued on vinyl for the first time in over 35 years, remastered and pressed on 180g vinyl by Optimal Media in Germany.

This 1978 performance of Stravinsky’s The Firebird (plus two pieces from  Borodin’s Prince Igor), masterfully led by the great choral master and conductor  Robert Shaw, is a highly regarded recording in the classical community.

This reissue will mark the first pressing of the title on vinyl since its original  release. Inspired and intelligent, Igor Stravinsky’s The Firebird paints  a tonal masterpiece from the initial notes, to the closing curtains of his earliest  work One of classical music’s consummate geniuses, Stravinsky’s interpretation  of Diaghilev’s 1910 ballet, is as magnificent as the fiery plumage of its  firebird.