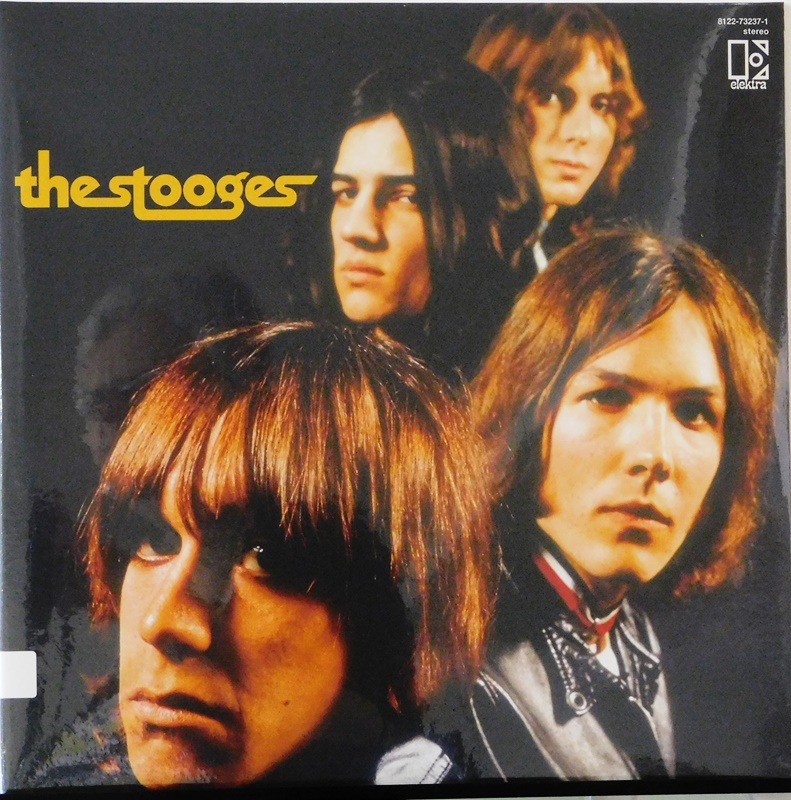 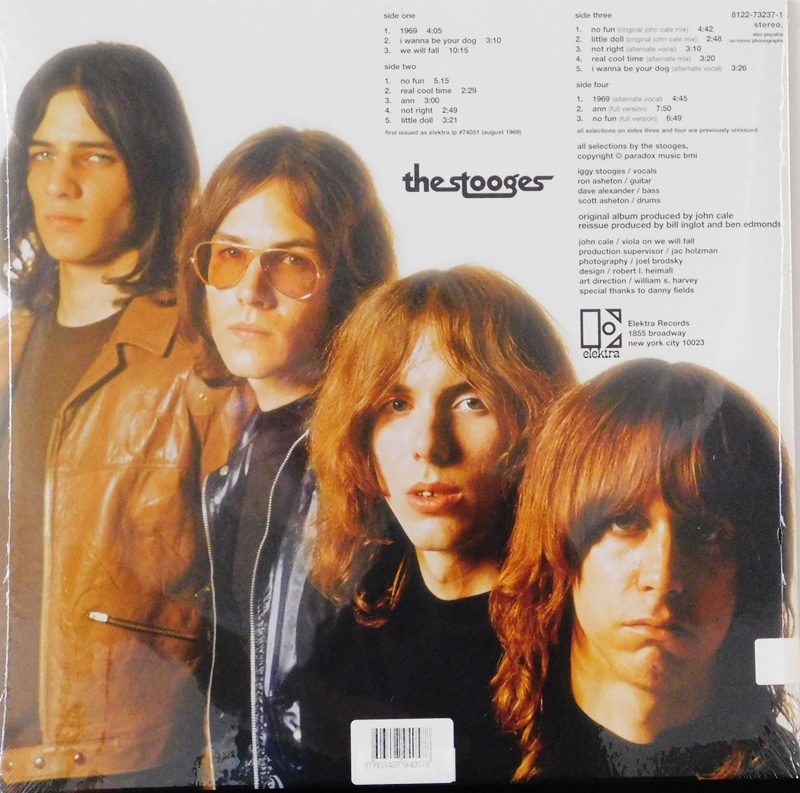 The Stooges is the eponymous debut studio album by American rock band the Stooges, released on August 5, 1969 by Elektra Records. Considered a landmark proto-punk release,[1] the album peaked at number 106 on the US Billboard Top 200 Albums chart. The songs "I Wanna Be Your Dog" and "1969" were released as singles from the album; "1969" was featured on Rolling Stone's list of the "100 Greatest Guitar Songs" at number 35.

For their first album, the Stooges had intended to record five songs: "I Wanna Be Your Dog", "No Fun", "1969", "Ann" and "We Will Fall". The five songs were staples—and essentially the basis—of the Stooges' live set at the time. A typical Stooges song of the period would involve two minutes of composed song followed by several minutes of improvisation. Having assumed that the five songs as normally performed would cover requirements for the album, the Stooges were told by their record label Elektra that they needed more material. According to Iggy Pop, "We handed [the five-song version of the album] in and they refused it. They said, 'There aren't enough songs!' So we lied and said, 'That's OK, we've got lots more songs.'"[2] Overnight, however, the group wrote three more songs, "Real Cool Time", "Not Right" and "Little Doll", and played them for the first time in the studio.[citation needed] "Asthma Attack", which had first been mentioned by Iggy Pop in a Trouser Press autodiscography interview,[3] was also recorded during the sessions, but not discovered (or at least not used) until the 2010 Rhino Handmade box was compiled; it is not clear whether "Asthma Attack" was recorded along with the first five songs or not.

An initial mix by producer John Cale, apparently resembling ex-Velvet Underground bandmate Lou Reed's "closet mix" of that band's eponymous third album from the same year, was rejected by Elektra. The mix as heard on the final product was done by Iggy Pop and Elektra president Jac Holzman. Four of Cale's original mixes would later appear on the bonus disc of a 2005 reissued version, with pitch correction applied to them. Five years later, all eight Cale mixes were released unaltered on the first disc of a 2010 collector's edition release of the album.[4]