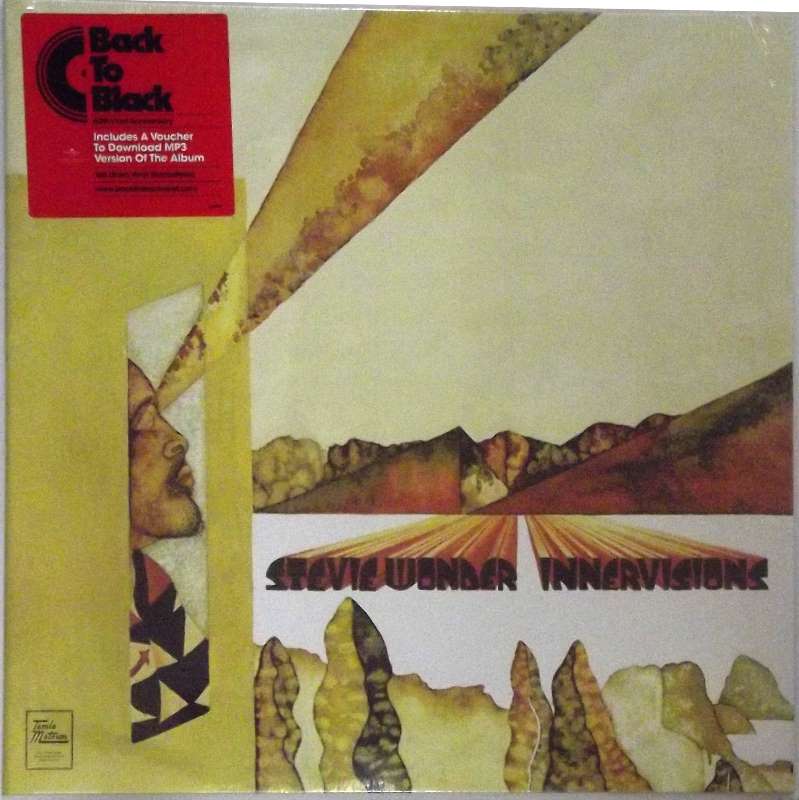 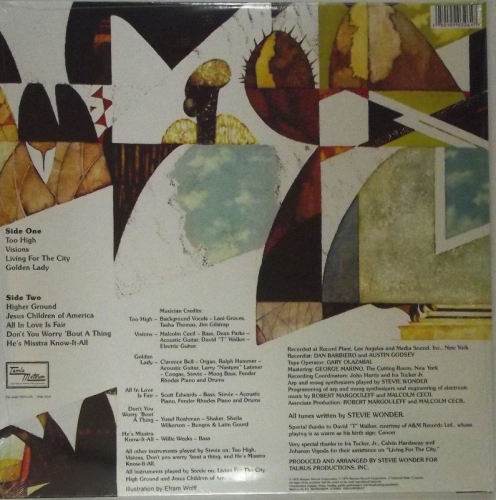 Innervisions is the 16th studio album by American musician Stevie Wonder, released August 3, 1973, on the Tamla label for Motown Records, a landmark recording of his "classic period".[2] The nine tracks of Innervisions encompass a wide range of themes and issues: from drug abuse in "Too High", through inequality and systemic racism in "Living for the City", to love in the ballads "All in Love Is Fair" and "Golden Lady". The album's closer, "He's Misstra Know-It-All", is a scathing attack on then-US President Richard Nixon, similar to Wonder's song a year later, "You Haven't Done Nothin'".[3]

As with many of Stevie Wonder's albums, the lyrics, composition and production are almost entirely his own work, with the ARP synthesizer used prominently throughout the album. The instrument was a common motif among musicians of the time because of its ability to construct a complete sound environment. Wonder was the first black artist to experiment with this technology on a mass scale, and Innervisions was hugely influential on the subsequent future of commercial black music. He also played all or virtually all instruments on six of the album's nine tracks, making most of Innervisions a representative one-man band.