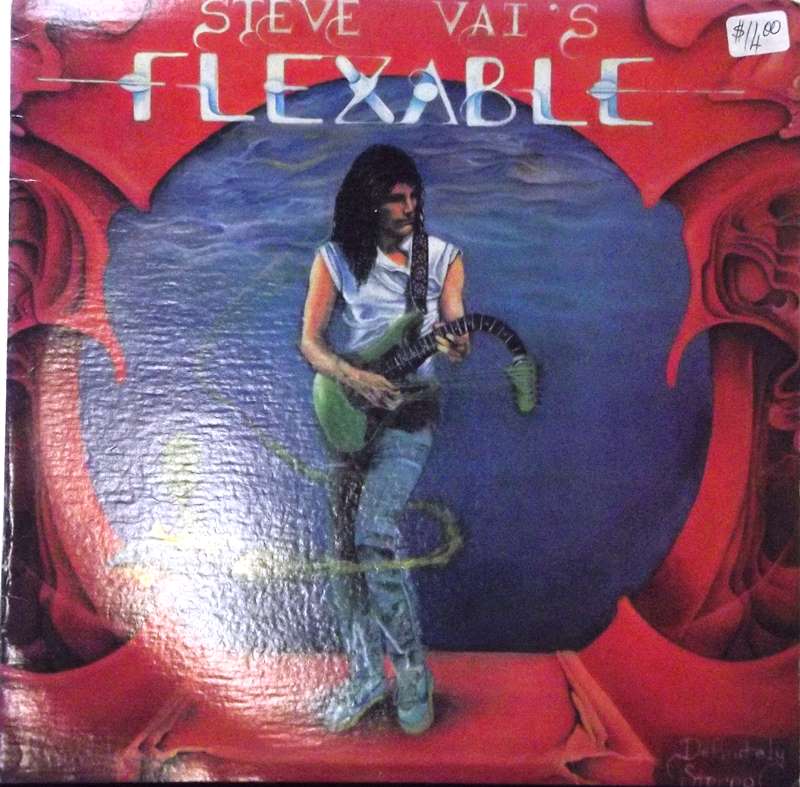 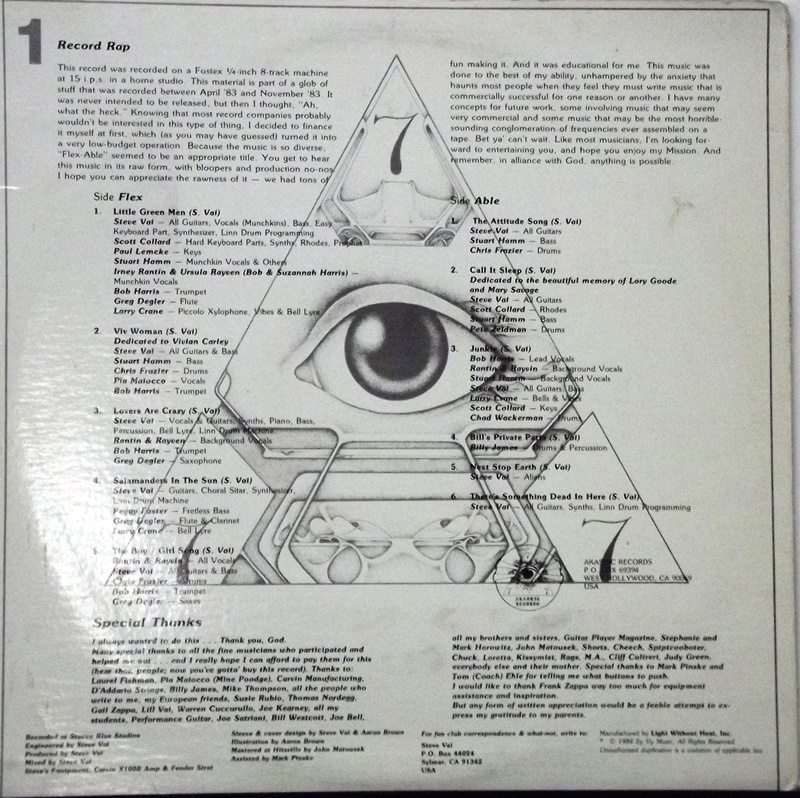 Flex-Able is an album by Steve Vai. This was his first as a solo artist, and was created in Stucco Blue, a shed converted into a studio in Vai's old back garden. It is very different from many of his other albums, and is largely influenced by Frank Zappa. Flex-Able does not rely as much on massive guitar arrangements and shred moments as the rest of his output from the 1990s onwards, with the exception of Leftovers which is a compilation of bonus tracks and remasters from his sessions at 'Stucco Blue'.

The cover of the May 2009 issue of Guitar World features a photograph of Vai in a pose similar to the album's cover, including the bending guitar neck.[2]