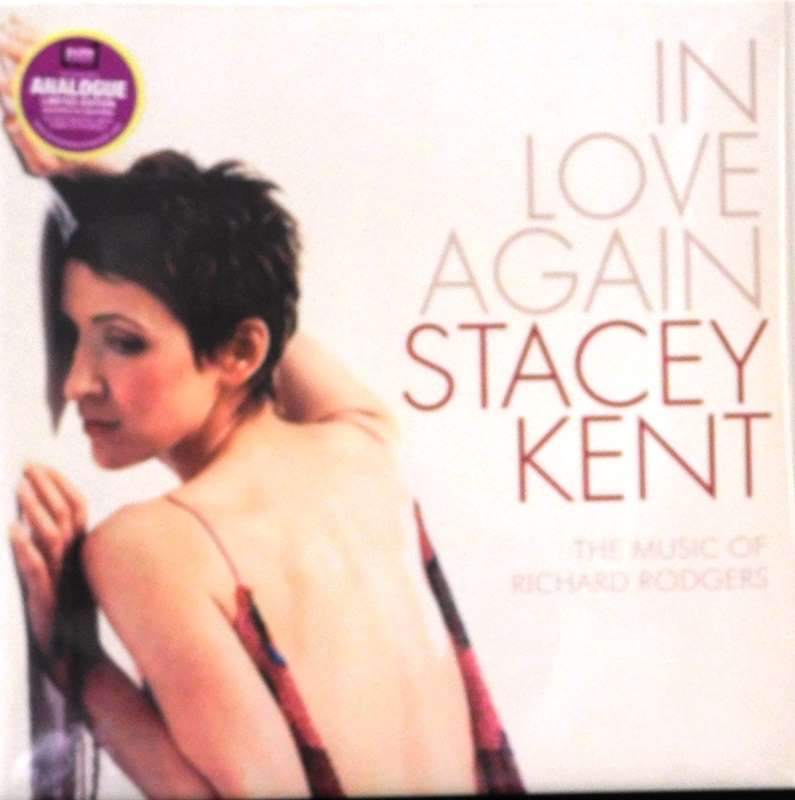 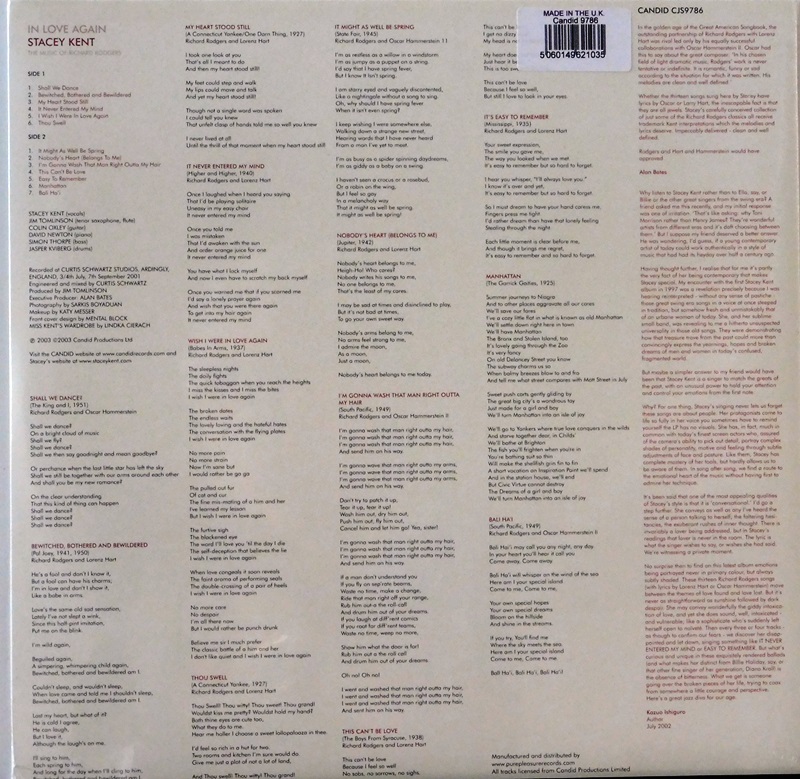 In Love Again: The Music Of Richard Rodgers

David R. Adler writing on Allmusic.com gave the album three stars out of five. Adler said the "burlesque-ish 6/8 middle section" of "I'm Gonna Wash That Man Right Outa My Hair" works "amazingly well".[1] He went on to say: "The sound of the disc is strong, highlighting the nicely varied arrangements and the innate charm of Kent's puckish voice." However, he criticized an "aimless bossa nova reading of 'It Might as Well Be Spring,' and a general overabundance of ballads".[1]