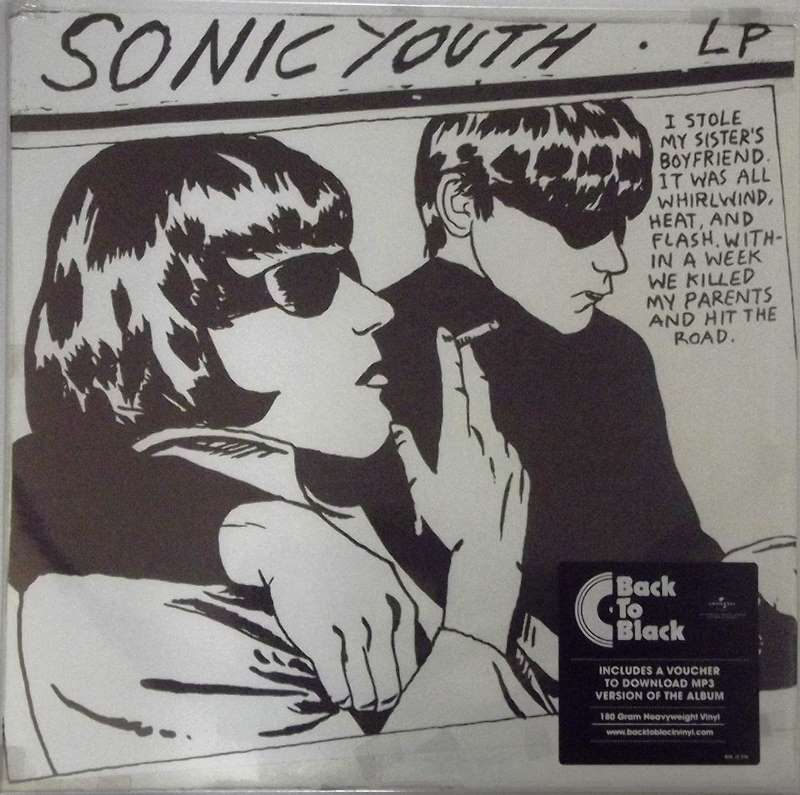 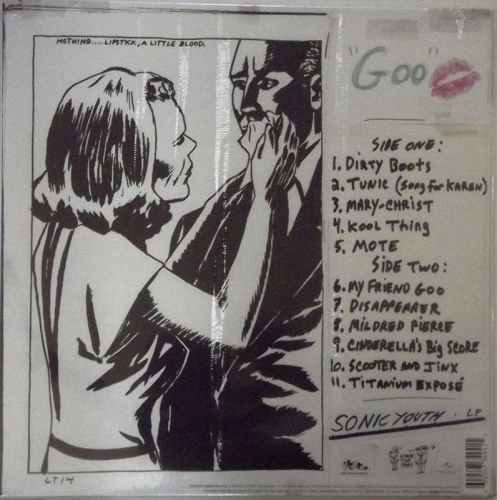 Goo is the sixth studio album by American alternative rock band Sonic Youth. It was released on June 26, 1990 by record label DGC. The album was Sonic Youth's debut release on a major record label, after the band signed to Geffen Records following the release of Daydream Nation (1988).

Goo was recorded over a short period in early 1990 at Sorcerer Sound Recording Studios and Greene St. Recording with Daydream Nation producer Nick Sansano and additional producer Ron Saint Germain. The album's sound diverged considerably from their earlier material and is often considered "their most accessible album",[1] with elements of experimental rock,[2] garage punk,[3] alternative rock[4] and hard rock.[5]

Lead single "Kool Thing" charted in the United States, United Kingdom and Ireland. Two other singles—"Disappearer" and "Dirty Boots"—were also released from the album, although neither were as successful as "Kool Thing".

Upon its release, Goo was a moderate commercial/marketing success, peaking at No. 96 on the Billboard 200 in the United States and charting in the Netherlands, New Zealand and the UK. Critical reception to the album was positive. To support its release, Sonic Youth toured Europe and North America twice in 1990.[6] Following the mainstream breakthrough of alternative rock and grunge, the band toured Europe again in fall 1991 with Nirvana, Dinosaur Jr., Babes in Toyland and Gumball.[7] The latter tour was chronicled on the documentary 1991: The Year Punk Broke, directed by Dave Markey.