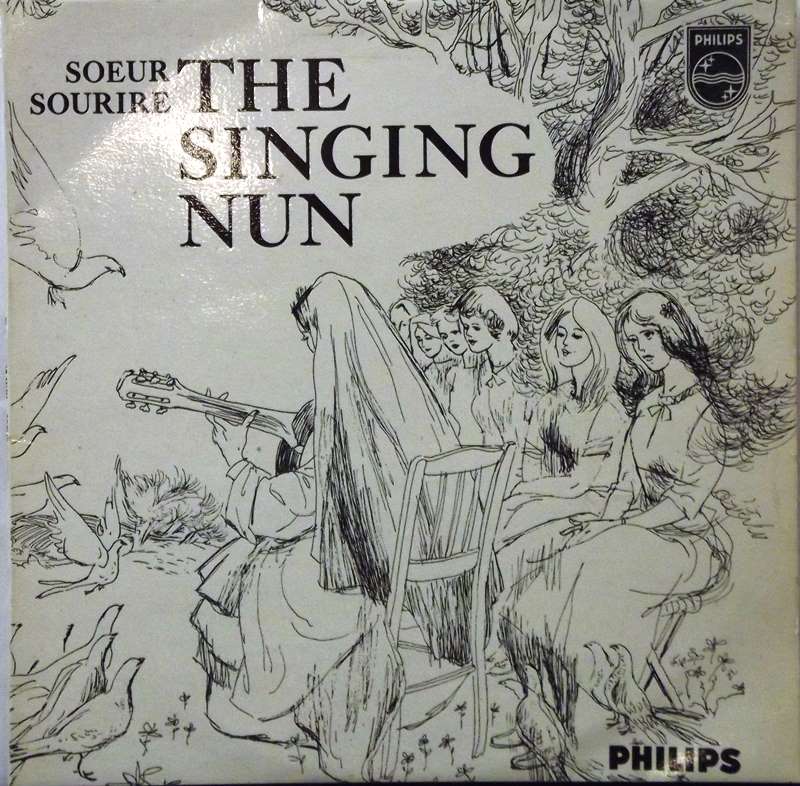 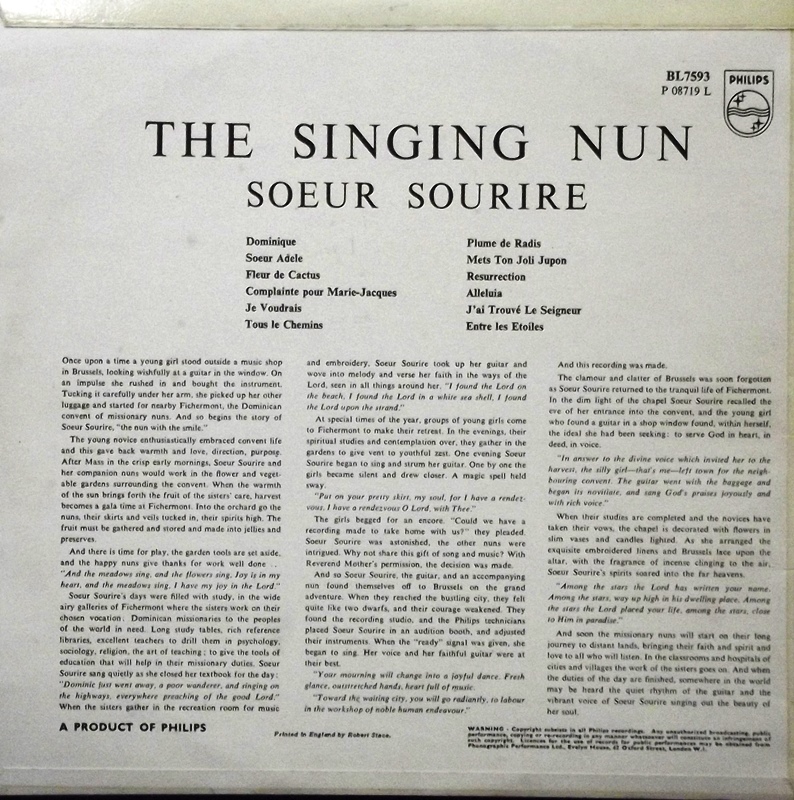 Jeanne-Paule Marie "Jeannine" Deckers (17 October 1933 – 29 March 1985),[1] better known as Sœur Sourire ("Sister Smile", often credited as The Singing Nun in English-speaking countries), was a Belgian singer-songwriter and initially a member of the Dominican Order in Belgium as Sister Luc-Gabrielle. She acquired world fame in 1963 with the release of the French-language song "Dominique", which topped the US Billboard Hot 100 and other charts.