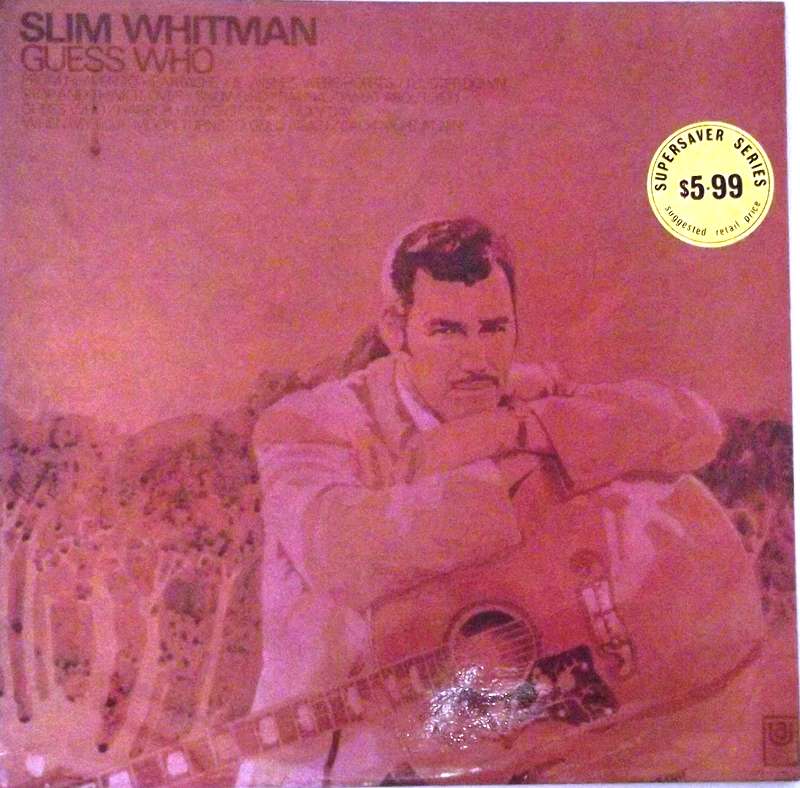 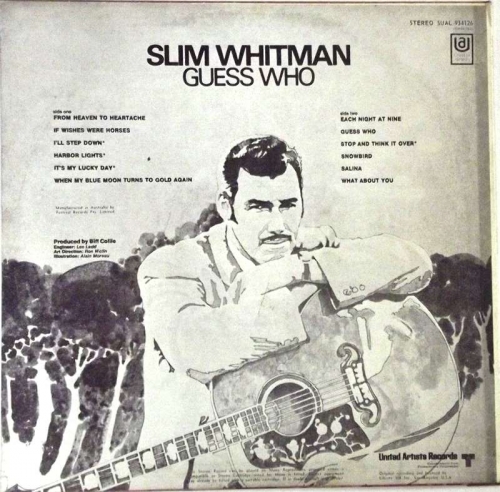 Slim Whitman (January 20, 1923 – June 19, 2013), born as Ottis Dewey Whitman Jr, was an American country music and western music singer, songwriter and instrumentalist known for his yodeling abilities and his smooth, high, three-octave-range falsetto in a style christened as "countrypolitan". He stated that he had sold in excess of 120 million records. In the 1950s Whitman toured with Elvis Presley as the opening act.[1] In the 1990s a new generation was exposed to Whitman through his songs featured in the film Mars Attacks!; his iconic "Indian Love Call" would kill the invading Martians every time the record was played.

Although once known as "America's Favorite Folk Singer", he was consistently more popular throughout Europe, and in particular the United Kingdom, than in his native America, especially with his covers of pop standards, film songs, love songs, folk tunes and melodic gospel hymns. His 1955 hit single "Rose Marie" spent 11 weeks at #1 on the UK Singles Chart and held the Guinness World Record for the longest time at number one on the UK Singles Chart for 36 years until Bryan Adams broke the record in 1991 and was listed in British Hit Singles & Albums. In the US his Indian Love Call (1952) and a reworking of the Doris Day hit "Secret Love" (1953) both reached No. 2 on the Billboard country chart. Whitman had a string of top ten hits from the mid-1960s and into the 1970s and became known to a new generation of fans through television direct marketing in the 1980s. Throughout the 1990s and into the 21st century, he continued to tour extensively around the world and release new material. His last album, Twilight on the Trail, was produced by his son Byron Whitman and was released in 2010, when Whitman was 87 years old.