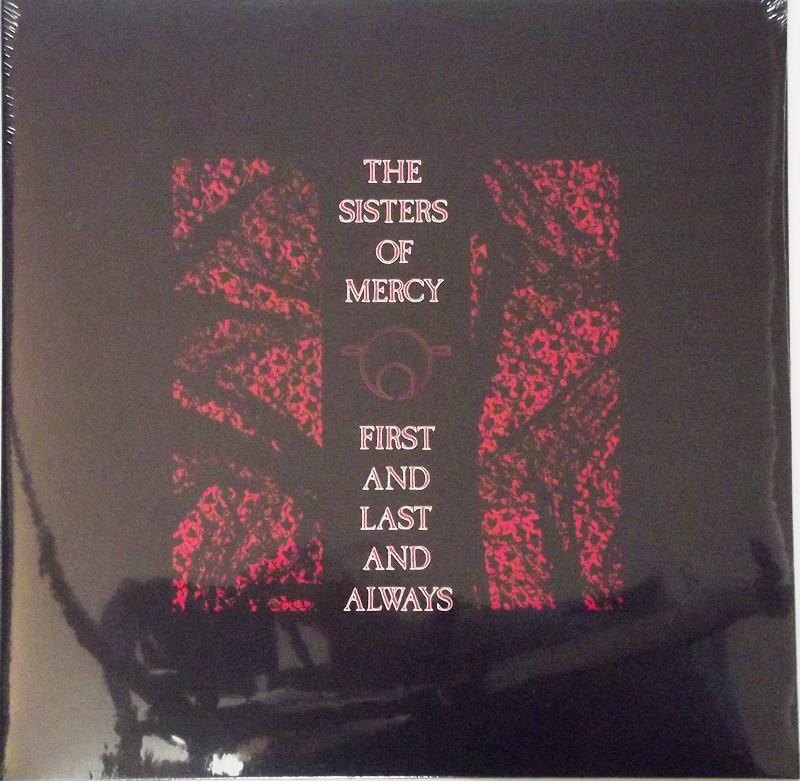 First And Last And Always

Brand new sealed reissue made in the EU.

First and Last and Always is the debut studio album by English gothic rock band the Sisters of Mercy. It was originally released on 11 March 1985 through Merciful Release and WEA, with Elektra Records handling the US release.

The band was founded in 1980 by Andrew Eldritch and Gary Marx in Leeds. Up to 1983, the band produced five singles and two EPs, which were released on the band's own indie label Merciful Release and were distributed independently as well. As the band became increasingly successful and featured regularly in the UK Indie Chart, a first studio album was announced in 1983 for the following year. Eldritch estimated the production costs at £40,000,[1] a sum which exceeded the financial capabilities of an indie band. Around the same time talks with interested record labels began.

In October 1983, guitarist Ben Gunn left. At the end of the year, through CBS Records, who were interested in signing the band, he was replaced by former Dead or Alive member Wayne Hussey.

Eldritch, who handled management and business affairs of the band, negotiated with several record companies early in the new year and finally signed a satisfactory contract with WEA Records. Merciful Release opened an office in London and founded its own publishing company Candelmaesse Limited, as well, which licensed the future song material to the publisher of RCA Records, RCA Music Limited.

The new band line-up played its debut concert on 7 April 1984,[2] which featured the newly written songs "Body and Soul", "Train" and "Walk Away". The gig was followed by a short American tour until 16 April.

After returning to the UK, Eldritch wrote a new song called "Wide Receiver", which was inspired by a term in American Football and which he recorded on his own at home as a demo.[citation needed] The rudimentary song wasn't used in the end, but Eldritch's solo demo recording appeared in early 1992 on a bootleg album.

At Strawberry Recording Studios in Stockport, The Sisters of Mercy recorded their first single for WEA ("Body and Soul"), which was composed and produced by Eldritch himself and which was released on 4 June 1984. "Body and Soul" did not make the Top 40 and stalled at no. 46.

From 2 May to 6 June, the band toured the UK and Europe and tried out a new Gary Marx composition which he later used in Ghost Dance.

Recommended by WEA Records, Cure producer Dave Allen saw the band in Amsterdam (2 June 1984) and later got a telegram by Andrew Eldritch which said: "The Sisters say yes to Dave Allen".[citation needed]

After the end of the tour, they began to prepare themselves for the album recordings, but first they entered Maida Vale Studios on 19 June to record a John Peel Session for BBC Radio 1.[3] The session was broadcast on 13 July[4] when The Sisters of Mercy were already in the recording studio.