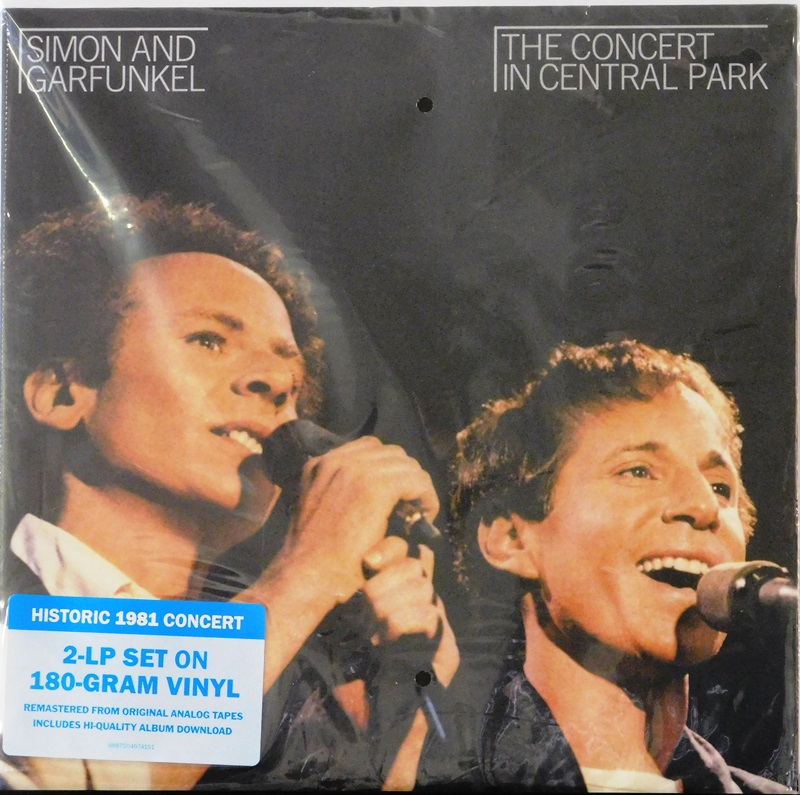 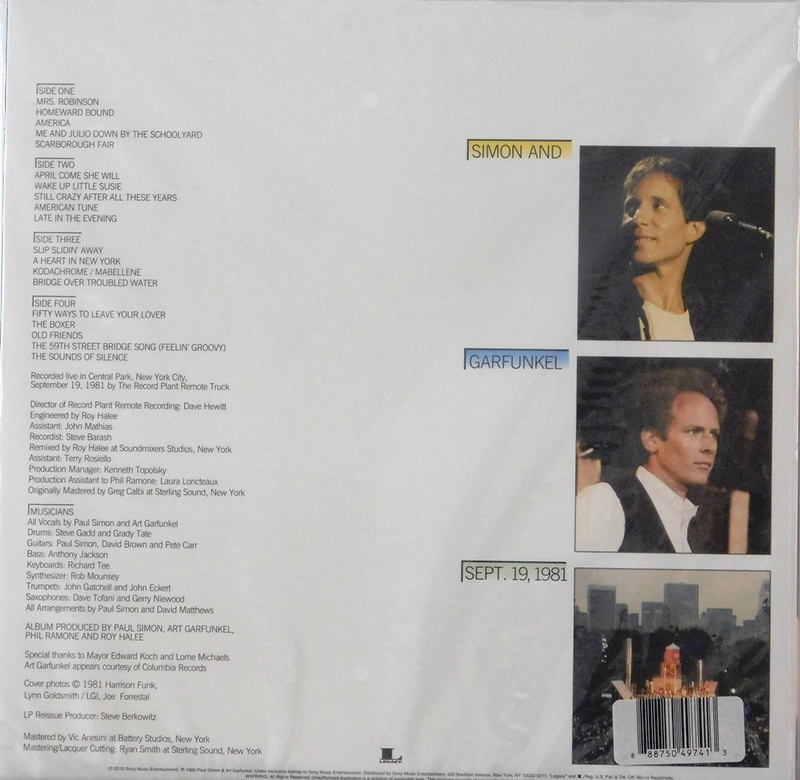 The Concert In Central Park

The Concert in Central Park is the first live album by American folk rock duo Simon & Garfunkel, released in February 1982 on Warner Bros. Records. It was recorded in September 1981 at a free benefit concert in Central Park, New York City, where the pair performed in front of more than 500,000 people. Proceeds went toward the redevelopment and maintenance of the run-down green space in the middle of Manhattan. This concert and album marked the start of a short-lived reunion for Paul Simon and Art Garfunkel.

The concept of a benefit concert in Central Park had been proposed by Parks Commissioner Gordon Davis and promoter Ron Delsener. Television channel HBO agreed to carry the concert, and worked with Delsener to decide on Simon and Garfunkel as the appropriate act for this event. Besides hit songs from their years as a duo, their set-list included material from their solo and duo careers, and covers. The show consisted of 21 songs, though two were not used in the live album. Among the songs performed were the classics "The Sound of Silence", "Mrs. Robinson", and "The Boxer"; the event concluded with a reprise of Simon's song, "Late in the Evening". Ongoing personal tensions between the duo led them to decide against a permanent reunion, despite the success of the concert and a subsequent world tour.

The album and a film were released the year after the concert. Simon and Garfunkel's performance was praised by music critics and the album was commercially successful; it peaked at number six on the Billboard 200 album charts and was certified double platinum by the Recording Industry Association of America (RIAA). The video recordings were initially broadcast on HBO, and were subsequently made available on VHS and DVD