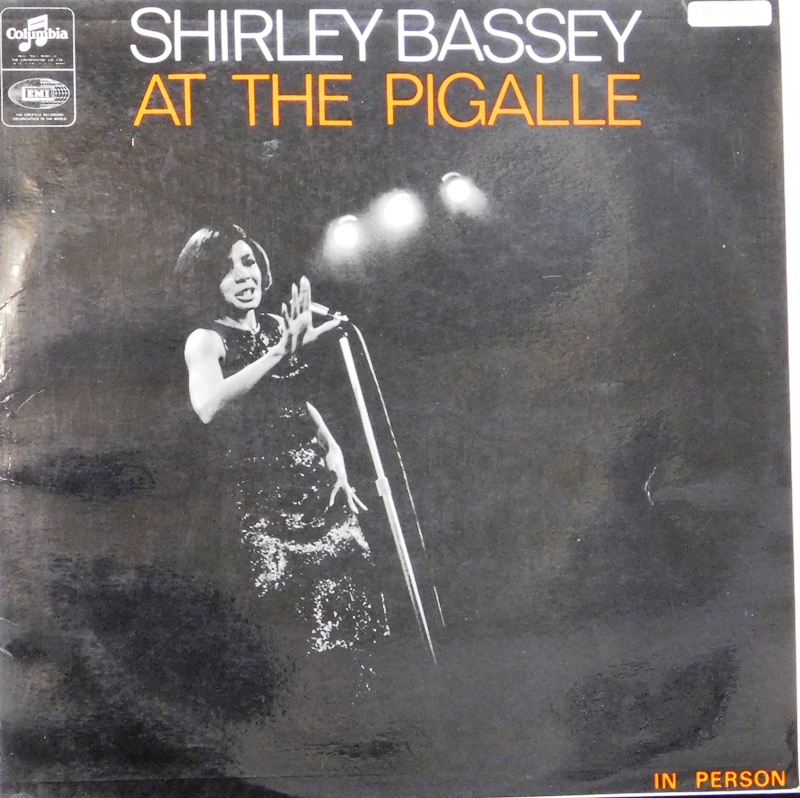 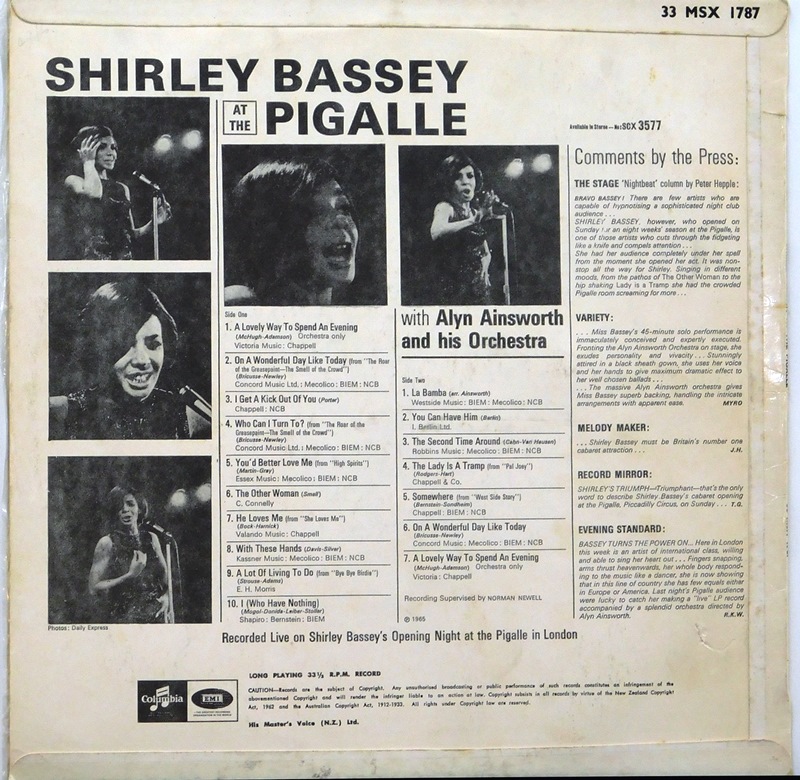 Shirley Bassey At The Pigalle

Shirley Bassey at the Pigalle is Shirley Bassey's first live album, recorded on the opening night of an eight-week engagement at the Pigalle, a nightclub in the West End of London. This performance, on 12 September 1965, earned Bassey outstanding reviews.[1] The album was released that same year. It was Bassey's final album for EMI's Columbia label.

The album went to #15 on the UK Albums Chart, making this her fifth album to chart in the top 15.[2]

The album was released as In Person in the US, it apparently being believed that "The Pigalle" would be too obscure to Americans.[1] There is also an alternative picture of her from this performance on the cover.

The Album was issued in mono and stereo. The stereo version of this album has been released twice on CD. Firstly by the EMI label Music For Pleasure in 1992 as Shirley Bassey Live!, a 2-CD set that also included Live at Carnegie Hall. A re-mastered release came in 2008 together with Live at Talk of the Town issued on a 2-CD set by BGO Records.