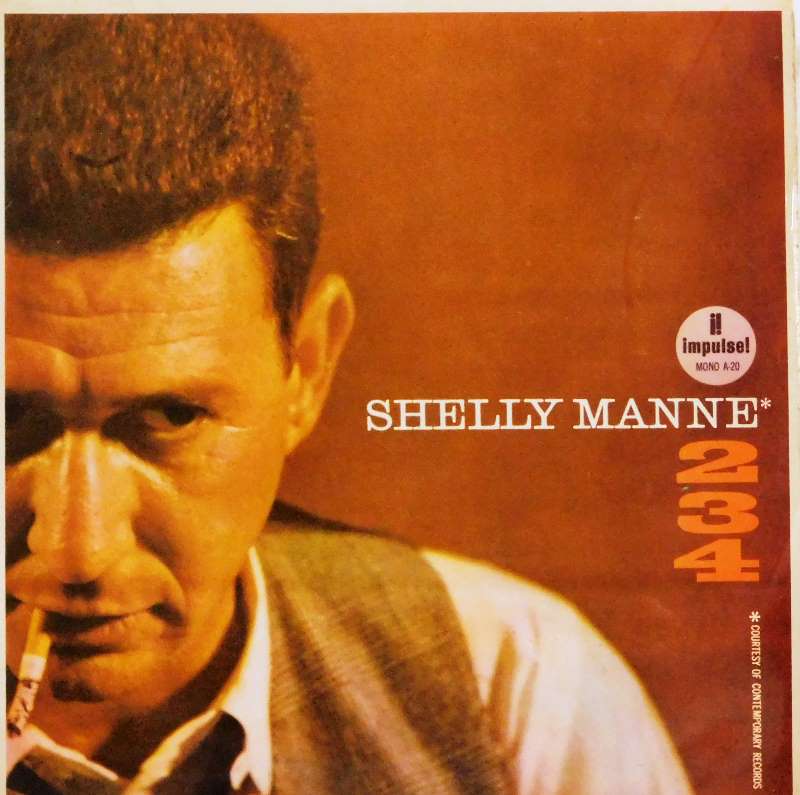 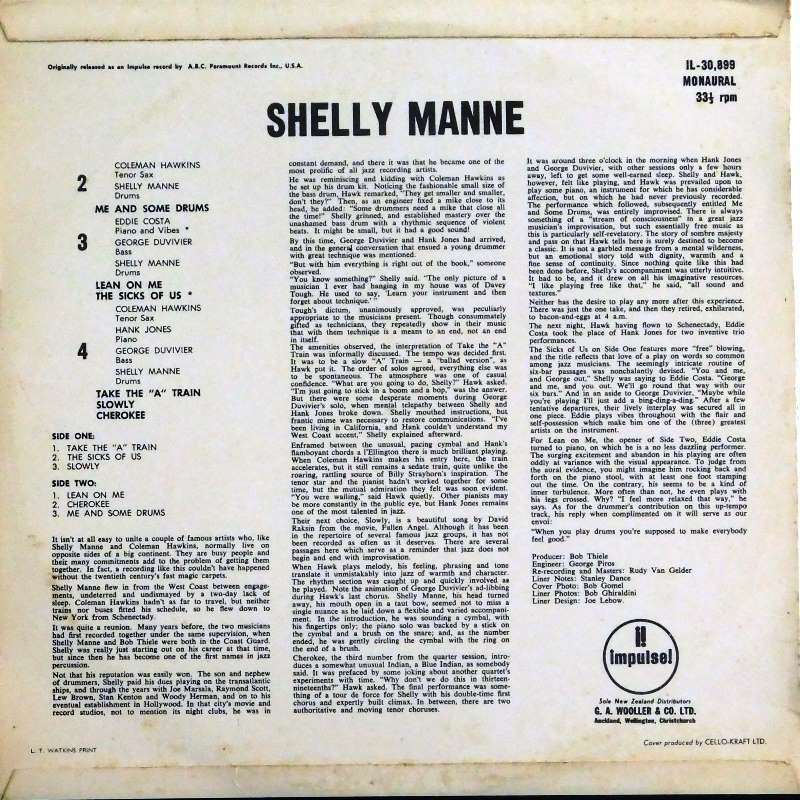 2-3-4 is an album by American jazz drummer Shelly Manne featuring performances recorded in 1962 for the Impulse! label.[4]

2-3-4 was not a typical album for Manne. Then associated primarily with West Coast jazz, he flew from Los Angeles to New York City on February 5, 1962, by arrangement with producer Bob Thiele, to be reunited with pioneering tenor saxophonist Coleman Hawkins and pianist Hank Jones, with both of whom he had recorded at different times in the 1940s. In an unusual session lasting through the wee hours of the morning, he ended by recording one tune as a duet with Hawkins, who for the first time in his career was recorded also playing the piano.[2]

The album also includes a second recording session at the same studio a few days later. Bassist George Duvivier stayed on with Manne, and they were joined by rising star Eddie Costa for two trio tracks. "The Sicks of Us" has Costa on vibes for "a largely spontaneous trio number"; on "Lean on Me", Costa switches to piano.[5]

The name of the album is derived from its inclusion of a duet ("2"), two trio performances ("3"), and three tunes played by a quartet ("4"). Unusually, the standards "Take the "A" Train" and "Cherokee" were played in two tempos simultaneously, with Manne playing in double time consistently throughout "Cherokee".[2]