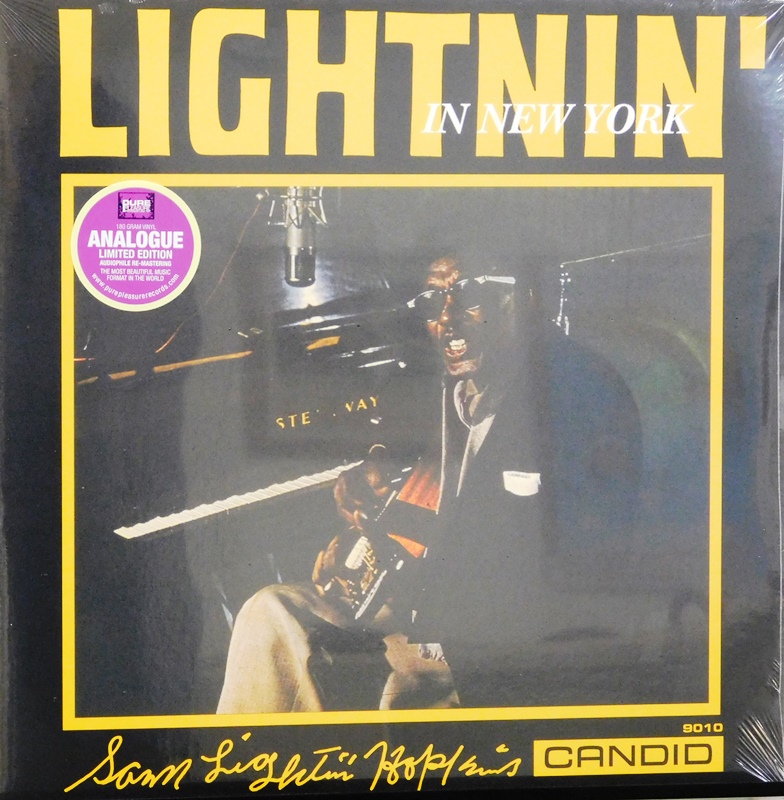 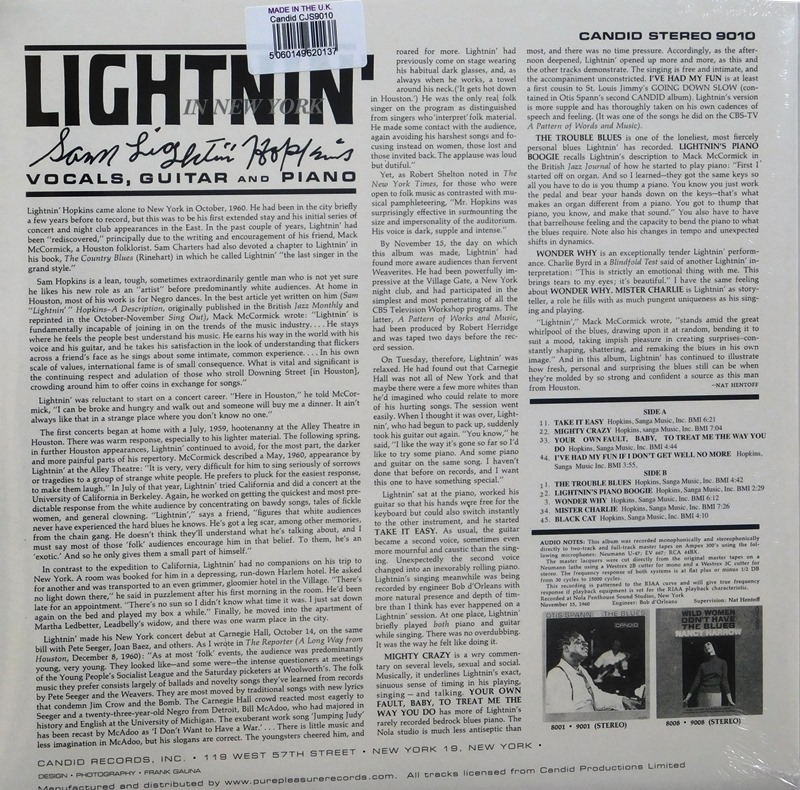 Lightnin' in New York is an album by blues musician Lightnin' Hopkins recorded in 1960 and released on the Candid label the following year.[1][2][3]

AllMusic reviewer Scott Yanow stated: "This solo LP features the classic bluesman Lightnin' Hopkins on eight unaccompanied solos, not only singing and playing guitar but taking some rare solos on piano (including on "Lightnin's Piano Boogie"). Hopkins recorded a lot of albums in the 1960s and all are quite listenable even if most are not essential; he did tend to ramble at times! This Candid release is one of his better sets of the period".[4] The Penguin Guide to Blues Recordings said "Thanks to the engineer Bob d'Orleans, Lightnin' in New York sounds wonderful, and Lightnin' seems to feel specially at ease, essaying experiments that he seldom or never repeated".[5]