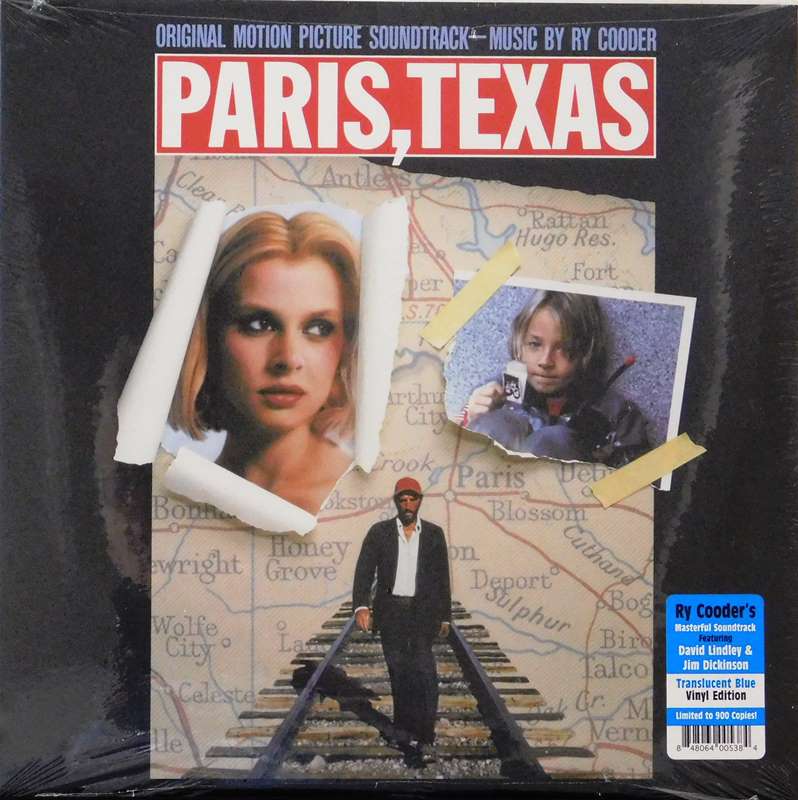 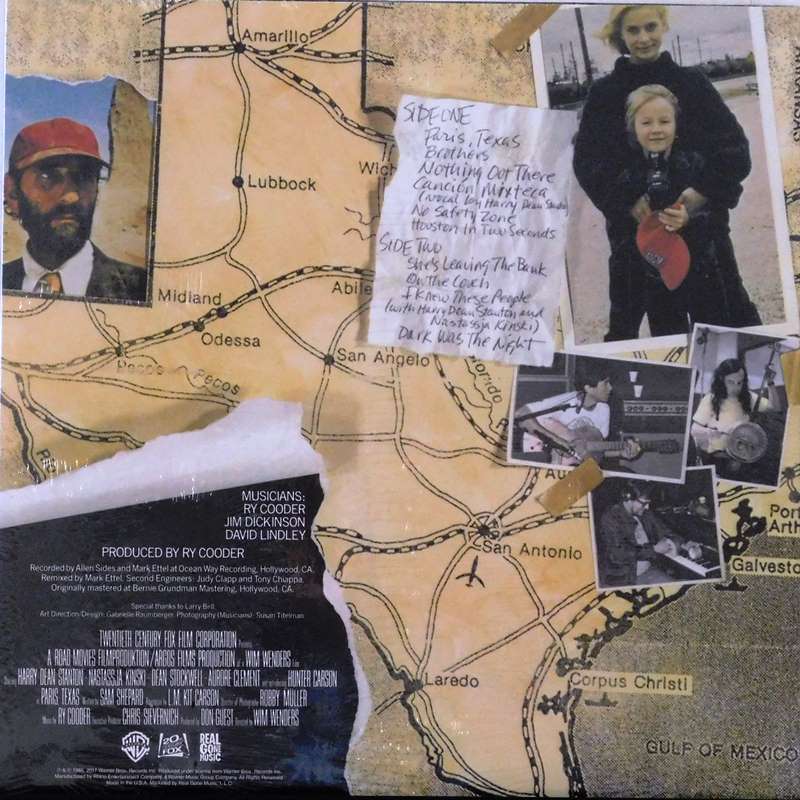 Suggestive of both the imagery of Wim Wenders' movie Paris, Texas and the desert itself, Ry Cooder's score is a peaceful, poetic journey into the soul of an acoustic guitar. "Paris, Texas," "Brothers," and "Nothing Out There" open the album as meditative blends of guitar twang and scratching ambient effects. The songs move at a pretty, slow place, and the opening track sees Cooder plucking his guitar's strings and letting that sound vibrate into thin air; it's a motif that he returns to repeatedly throughout the score. There's a bit of both humor and mystery to the stillness and the echoing, edgy sound effects that crop up. "Cancion Mixteca" includes a memorable turn on vocals by Harry Dean Stanton, singing in Spanish. "No Safety Zone" is almost completely ambient in its ethics, with fleeting experimental guitar playing, as the song works more as a mood-setter than a traditional song. "I Knew These People" begins with an extended segment of dialogue from the film before Cooder's somber guitar creeps in. The effect of the dialogue makes the track a fine, artistic statement, but the moment works better in the context of the movie than as a track on an album. The dialogue comes from a scene where the characters played by Stanton and Nastassja Kinski have a particularly emotional meeting. The majority of the score is delicate and stunningly pretty. The overall sense is that Cooder was reaching for spare, emotional movements. The score is stark, quiet, and as uplifting as it is sad. Cooder makes the music sound as modern and stylish as acoustic music can sound. The album is at once alien and organic. Since "I Knew These People" includes dialogue from Paris, Texas, the score works best for people who have seen the movie, but it's still a powerful and immensely evocative journey for those whose experience with the material is the album alone.