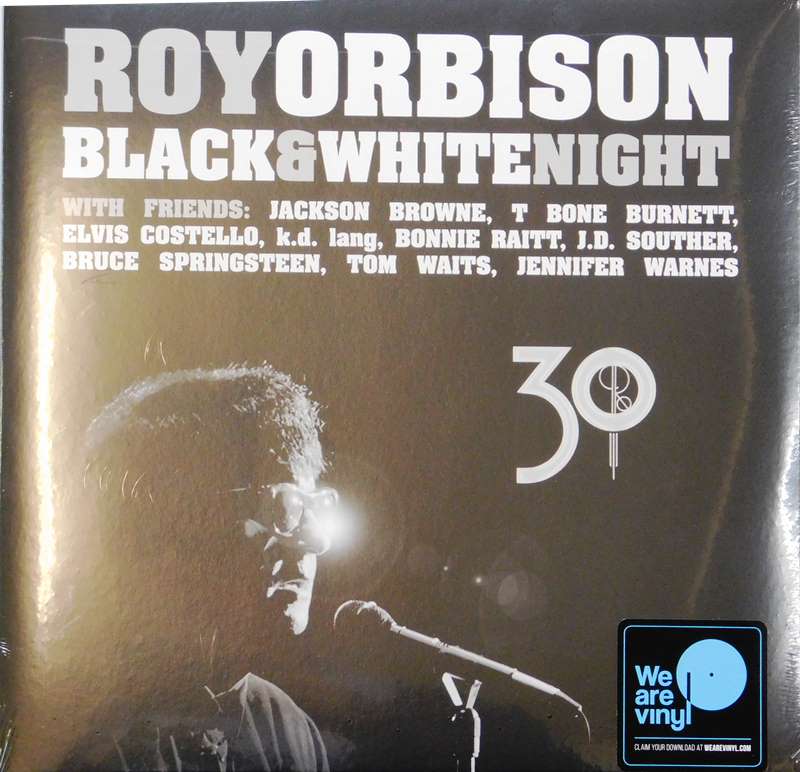 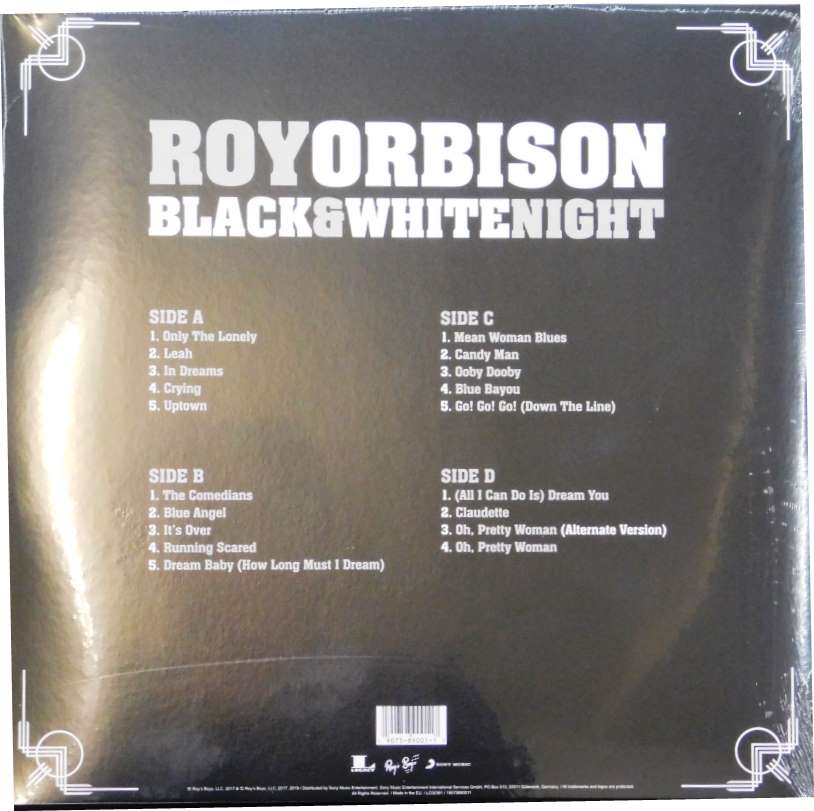 To celebrate the 30th anniversary of the album for Roy Orbison’s renowned televised comeback concert at the Cocoanut Grove night club in Los Angeles, Sony Music’s Legacy Recordings has teamed up with Roy’s Boys LLC, the Nashville-based company founded by the late icon’s sons to administer their father’s catalog and safeguard his legacy for a special commemorative album release.   Black & White Night 30,a 2LP vinyl set, including three tracks omitted from the original 1989 A Black and White Night Live album, will be released on October 18. The film Black & White Night 30 will be made available in its entirety on the Roy Orbison YouTube channel on October 23. This re-imagined, re-edited, remastered and expanded version of the original television special was released as both as a CD/DVD set and as a CD/Blu-ray set in 2017 by Roy’s Boys and Legacy Recordings.

By the mid-1980s, Roy Orbison had been out of the limelight for quite some time, but his song “In Dreams” was prominently featured in David Lynch’s landmark 1986 film noir Blue Velvet and helped reignite interest in the ‘Big O.’ On September 30, 1987, Orbison, then 51, staged a remarkable comeback with the help of guest musicians whom he had influenced: Jackson Browne, T Bone Burnett, Elvis Costello, k.d. lang, Bonnie Raitt, J.D. Souther, Bruce Springsteen, Tom Waits and Jennifer Warnes. The all-star concert at the Ambassador Hotel’s Cocoanut Grove night club was filmed a television special and broadcast as Roy Orbison & Friends: Black & White Night on Cinemax the following January, less than a year before the icon’s untimely passing.

In 2017, Roy’s youngest son Alex Orbison and his co-editor Luke Chalk went back and re-edited the television special, using previously unseen shots from the hundreds of hours of footage that existed from the seven-camera shoot. They also restored the program to reflect the correct set order, so that viewers could see Roy, brilliantly backed by Elvis Presley’s TCB Band (James Burton, Glen D. Hardin, Jerry Scheff, Ron Tutt), blast through massive Orbison hits such as “Only the Lonely, “In Dreams” and “Crying” just as the star-studded live audience witnessed them on that very night. Black & White Night 30 was born.

In 1989, the audio from the original television special was posthumously released on CD, LP and cassette as A Black And White Night Live by Roy Orbison And Friends. This single disc album excluded the song “Claudette,” and it also left off “Blue Angel,” which was recorded that night, but didn’t air as part of the original television special. This new 2LP vinyl collection of Black& White Night 30 includes those tracks, as well as an alternate version of Roy’s smash hit “Oh, Pretty Woman,” in addition to the original version originally aired, now in the order in which they were performed. Housed in a gatefold jacket, Black & White Night 30 also comes with a download card for all 19 tracks

Roy Orbison and Friends: A Black and White Night is a 1988 Cinemax television special originally broadcast on January 3, 1988, starring triple Hall of Fame inductee (Rock and Roll Hall of Fame, Nashville Songwriters Hall of Fame and Songwriters Hall of Fame) rock/pop singer/songwriter Roy Orbison and backing band TCB Band with special guests including Bruce Springsteen, k.d. lang and others. The special was filmed entirely in black and white. After the broadcast the concert was released on VHS and Laserdisc. A live album was released in 1989.

The special consisted of a performance of many of Orbison's hits at the then Ambassador Hotel's Coconut Grove nightclub in Los Angeles, filmed on September 30, 1987, approximately fourteen months before his death. Three songs, "Blue Bayou", "Claudette", and "Blue Angel", were filmed but not included in the original broadcast due to time constraints.

Other celebrity admirers of Orbison were in the audience, including David Lynch, Billy Idol, Patrick Swayze, Sandra Bernhard and Kris Kristofferson. The backing band was the TCB Band, which accompanied Elvis Presley from 1969 until his death in 1977: Glen D. Hardin on piano, James Burton on lead guitar, Jerry Scheff on bass, and Ronnie Tutt on drums. Male background vocalists, some of whom also joined in on guitar, were Bruce Springsteen, Tom Waits, Elvis Costello, Jackson Browne, J.D. Souther and Steven Soles. The female background vocalists were k.d. lang, Jennifer Warnes and Bonnie Raitt. During the end credits, several of the band members are shown talking about how Orbison influenced them.

Soon after the release on VHS and LaserDisc, a bootleg CD titled A Black and White Night, Roy Orbison in Concert with the Billion Dollar Band surfaced, and is a rare collectors item nowadays. This CD, which came before any official CD-release of the concert, has the same 15 songs in the same order as the original VHS/LaserDisc release and has catologue number RO.LA.87, referring to the artist, place and year of the recording.

The audio from this special was released as an album by Virgin Records in 1989, titled A Black & White Night Live. After Orbison's death, his family provided the video to public television stations to air during their fund-raising campaigns.