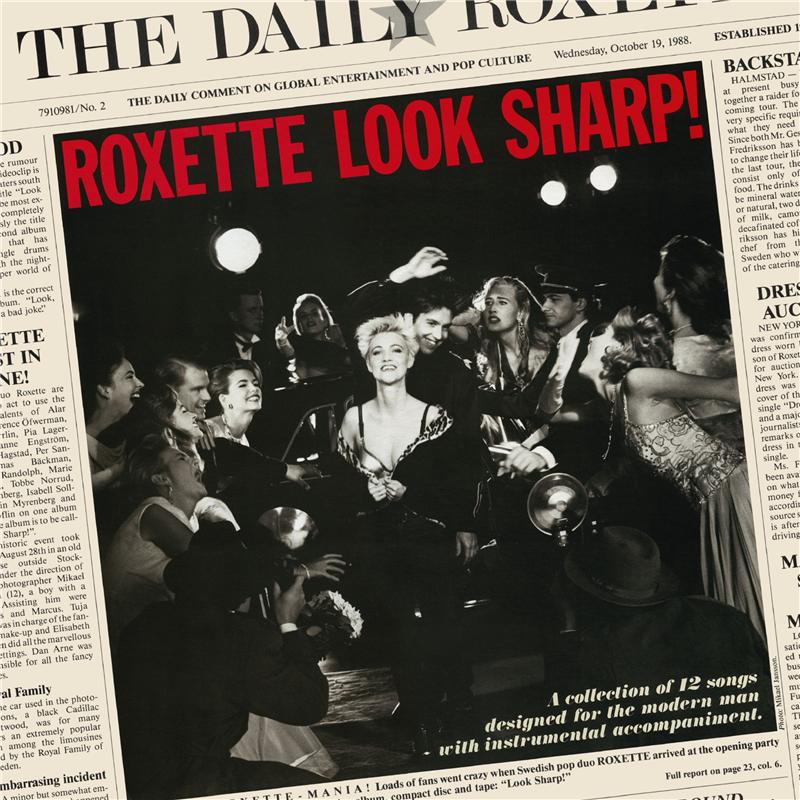 Look Sharp! is the second studio album by Swedish pop duo Roxette. The album was released on 21 October 1988, two years after their debut Pearls of Passion (1986). It was recorded at EMI Studios in Stockholm and at Trident II Studios in London between March and September 1988. The album was an immediate commercial success in Sweden, debuting at number one and eventually being certified 6× platinum there.

Although commercial success elsewhere was initially modest, the album was the duo's international breakthrough. It went on to be certified platinum or multi-platinum in numerous territories, while four of its singles went on to become global hits. "The Look" and "Listen to Your Heart" both topped the Billboard Hot 100, while "Dangerous" and "Dressed for Success" reached numbers 2 and 14 respectively on the same chart.