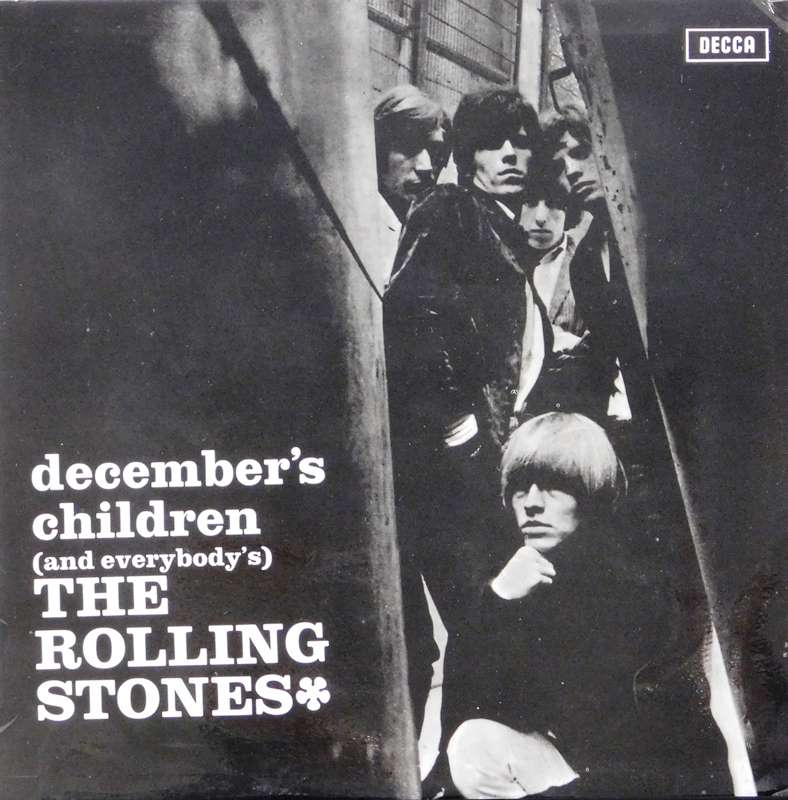 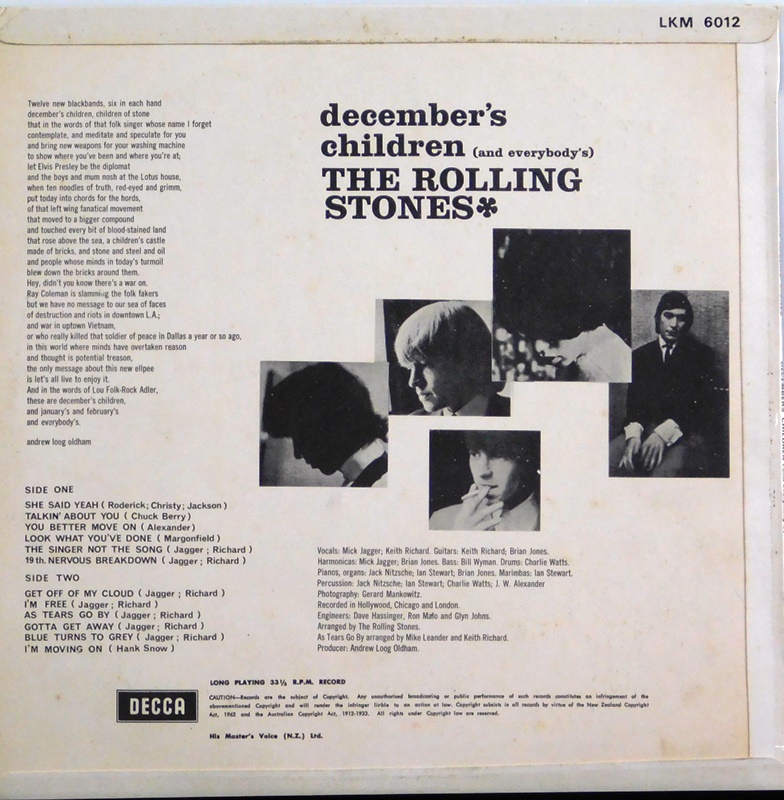 December's Children (And Everybody's) is the fifth American studio album by the English rock band the Rolling Stones, released in December 1965. It is the last of the group's early albums to feature numerous cover songs; writers Mick Jagger and Keith Richards wrote only half of the songs themselves. There had been no sessions to record the album, most of the songs were drawn from the sessions for the UK edition of Out of Our Heads in September 1965 in Los Angeles. Many of the tracks had appeared earlier in the UK versions of Rolling Stones albums, but had been left off their American counterparts. Other tracks were unreleased tracks that had been recorded during other recording sessions, or had been singles-only releases. Joining core members Mick Jagger (vocals), Brian Jones (guitars), Keith Richards (guitars), Bill Wyman (bass), and Charlie Watts (drums) was former Stones member Ian Stewart on piano. As with most of their early albums, it was produced by band manager Andrew Loog Oldham.

December's Children (And Everybody's) reached No. 4 in the US, where it was certified "gold".[1] Bassist Bill Wyman quotes Jagger in 1968 calling the record "[not] an album, it's just a collection of songs." Accordingly, it is only briefly detailed in Wyman's otherwise exhaustive book Rolling with the Stones. The group's second US No. 1, Get Off of My Cloud, was the highest-charting single on the album, also a major chart topper in the band's native UK and several other markets.

In August 2002, the album was reissued in a new remastered CD and SACD digipak by ABKCO Records. "Look What You've Done" remains the album's only cut issued in true stereo.

The title of the album came from the band's manager, Andrew Loog Oldham (who facetiously credits it to "Lou Folk-Rock Adler" in his liner notes on the back cover). According to Jagger, it was Oldham's idea of hip, Beat poetry.[2] The front cover photo of the band, by Gered Mankowitz, had previously been used for the UK edition of Out of Our Heads.