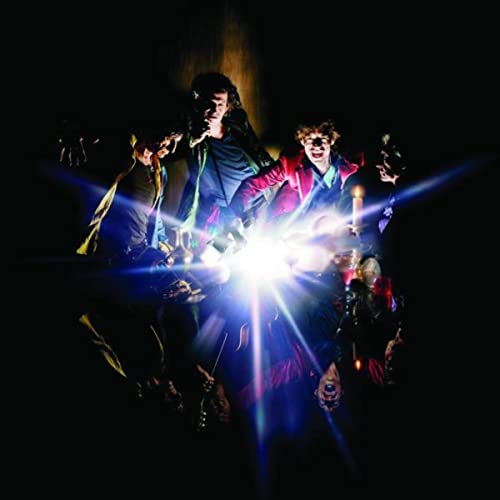 A Bigger Bang is the 22nd British and 24th American studio album by the Rolling Stones, released through Virgin Records in September 2005. It is their most recent studio album of original compositions to date, though a followup has been long promised.

Unlike their prior effort eight years before, the sprawling and eclectic Bridges to Babylon, which had a bewildering array of producers, musical styles, and guest musicians, the Stones set out to make a basic, hard rock album that hearkened back to their 1970s heyday. A single producer, Don Was, was brought in to co-produce the album alongside the band's principal songwriting and production team of vocalist Mick Jagger and Keith Richards. Joining the two were band members Ronnie Wood on guitar and Charlie Watts on drums, contract players Darryl Jones on bass and Chuck Leavell on keyboards, and multi-instrumentalist Matt Clifford. Most of the basic tracks were recorded as a simple trio of Jagger, Richards, and Watts, with overdubs added later by other players.

The return-to-basics method of recording the album paid off for the Stones, who saw the album reach number three in the US, number two in the UK, and number one in eleven countries around the world. The lead single, "Streets of Love", failed to chart in the US, but was otherwise successful around the world, reaching number 15 in the UK and top-40 in over a dozen other counties. Two other singles were released to moderate worldwide sales. Reviews of the album were generally favorable; while critics noted that the album was not up to the standards of the Stones classic period, it nonetheless was among the best reviewed of their later albums. The follow-up tour, which lasted two years, would become the highest-grossing tour of all time by its completion. A Martin Scorsese-directed concert film titled Shine a Light documented the tour.