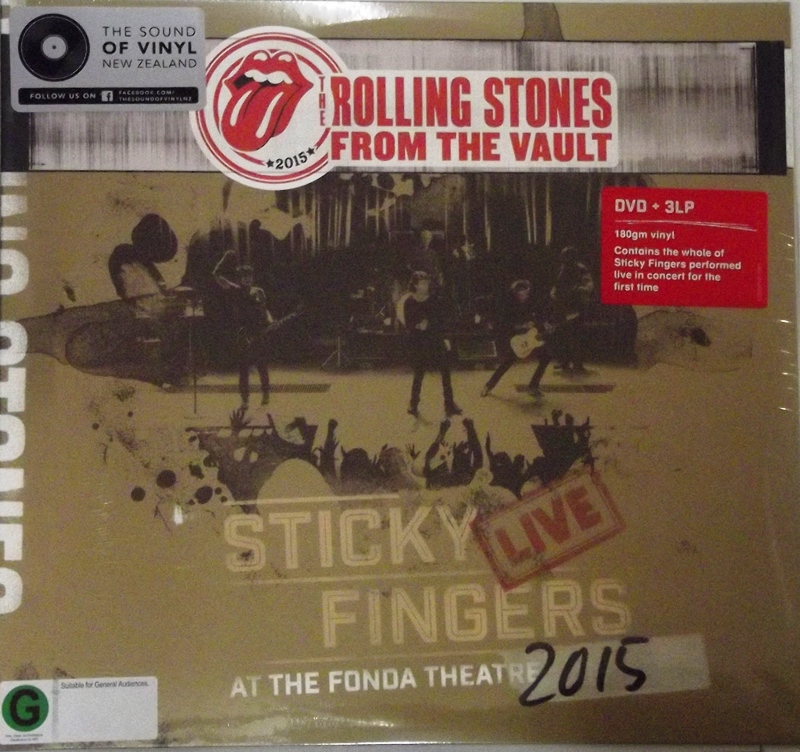 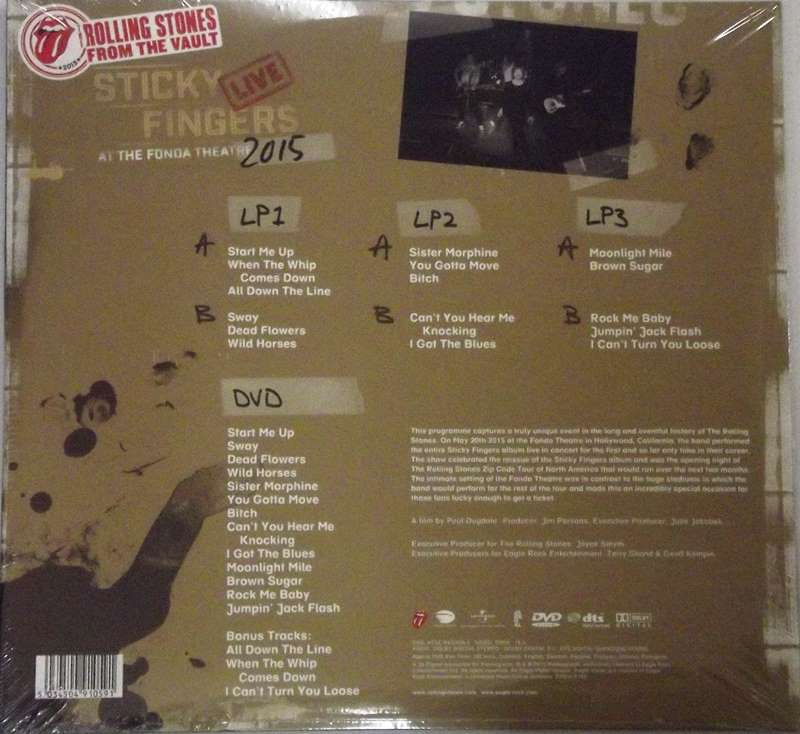 Stunning brand new sealed triple  180 gram albums with a DVD   of the show housed in a trifold cover.

The Rolling Stones were clearly worried about pacing. In 2015, committed to performing the newly reissued Sticky Fingers in its entirety for the first time ever, they had to deal with the 1971 album's often-serious topics and occasionally hushed dynamics.

Sticky Fingers isn't as somnolent as its drugged-out 1972 successor Exile on Main St., but the album arguably confronts bigger themes – with the death of the '60s hanging over the whole proceedings like a shroud. How would that play during a warm-up show in front of a tightly packed club crowd buzzing with anticipation for a huge new tour?

They cheat a bit, opening with "Start Me Up" and moving the radio-favorite "Brown Sugar" from the LP's first-song position so that it could be leveraged as an album-closing romp. They also warm up the crowd with "When the Whip Comes Down" (from 1978's Some Girls) and "All Down the Line" (from Exile). Still, the show – available in both audio and video formats as Sticky Fingers Live at the Fonda Theatre 2015 – can't help but unfold in a manner far more considered than any in recent Rolling Stones memory.

This works in Mick Jagger's considerable favor. As the Stones evolved into an arena act at the turn of the '80s, his onstage persona became prone to brittle, cartoonish overacting. At the same time, their relentlessly upbeat, hits-focused set lists unfolded with a metronomic repetitiveness. Wildly profitable, this strategy nevertheless tended to ring hollow for those who bothered to wander deeper into classic-era triumphs like Sticky Fingers.

You weren't going to hear "Sway" (which hadn't been performed live before 2005, and hasn't been part of their set lists since this Fonda Theatre show), "Sister Morphine" (another late live debut, it first showed up in 1997 and hasn't appeared again either) or "I Got the Blues" (which wasn't played, at one point, for 28 years). And there's a reason: Jagger can't settle for barking and braying his way through these.

Instead, he removes the long-affixed Famous Rock Star mask on Sticky Fingers Live at the Fonda Theatre 2015, shifting in large measure back into his original blues- and roots-loving singer-songwriter prototype. Where Jagger might have taken the droll way out before, he moves here between tightly focused menace and a drawled sensuality.