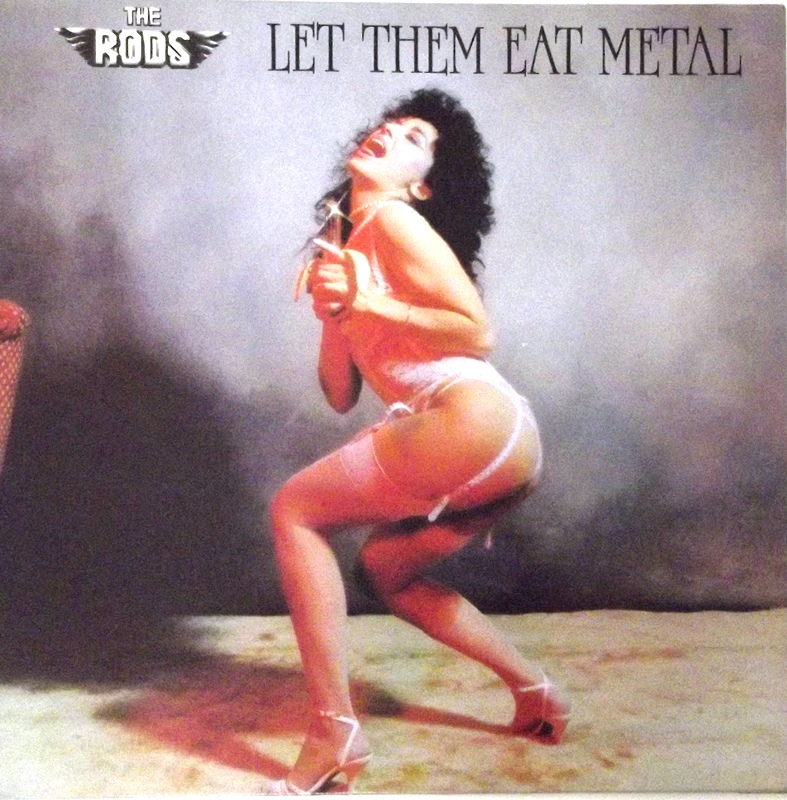 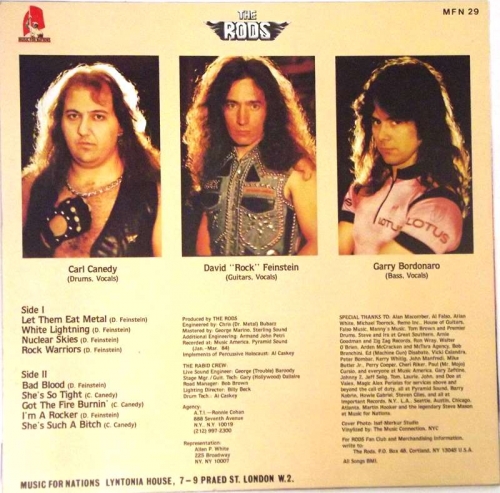 1984's Let Them Eat Metal is probably the most notorious album of the Rods' career, but it's certainly not their best. In fact, it's a veritable catalog of the biggest negative stereotypes of '80s metal -- beginning with the crass misogyny reflected by its objectified and scantily clad cover model, continuing with the increasingly simplified song structures, and rounded out by clichéd subject matter, which is largely confined to nuclear war ("Nuclear Skies"), female bashing ("She's Such a Bitch"), or simply rocking out with one's cock out ("I'm a Rocker"). It hadn't been that way at the beginning for the Rods. Sure, they were never confused with the more sophisticated gentlemen rockers on any given stage, but their everyman street-level credibility spoke volumes on their behalf, instead. Yet, as the years wore on and their commercial failures mounted, the Rods surely noticed that the bulk of America's most successful heavy metal bands (e.g. Mötley Crüe, Ratt, Quiet Riot) were writing music for the lowest common denominator, and thus decided to dumb down their own songs in a bid to compete. Ironically, rather than scoring even a smidgeon of recognition with blockheaded rockers like "She's So Tight," "Got the Fire Burnin'," and the title track, the Rods simply learned, once and for all, that it was really pretty faces capable of attracting the female audience on MTV that were driving pop-metal-album sales beyond platinum-status, and their ugly mugs were simply not welcome. To top it all off, the Rods still showed their songwriting limitations by ripping off established metal classics when they ran out of ideas -- hence the thinly veiled rewrite of Judas Priest's "Breaking the Law" that is "Bad Blood." Let Them Eat Metal wasn't a total loss because of a few memorable offerings like the pleasantly thrashing "White Lightning" and the anthemic, unusually diverse "Rock Warriors," but it still precipitated the Rods' spiraling descent into forgetfulness.