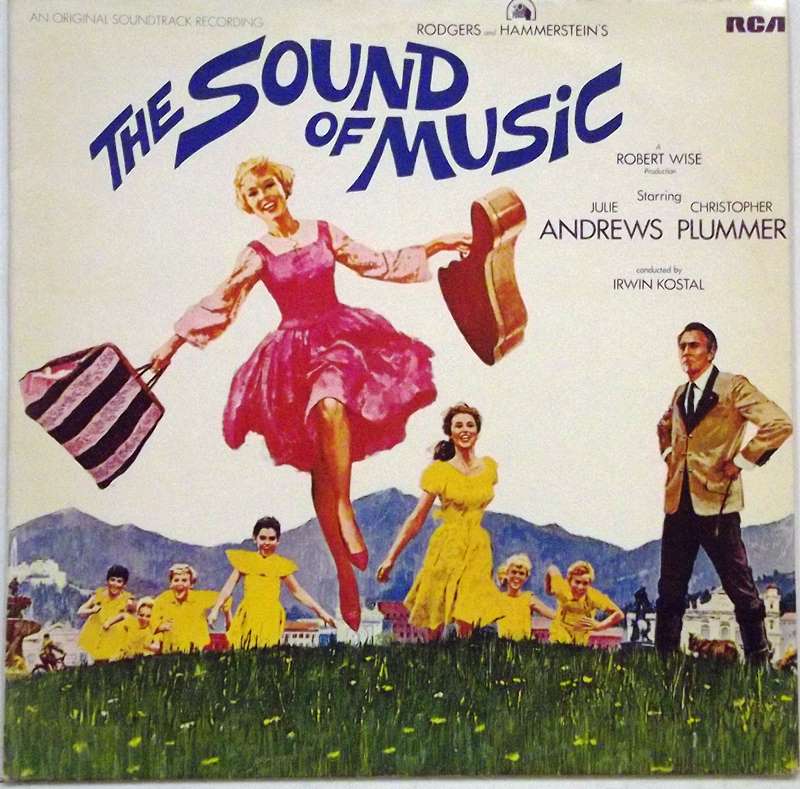 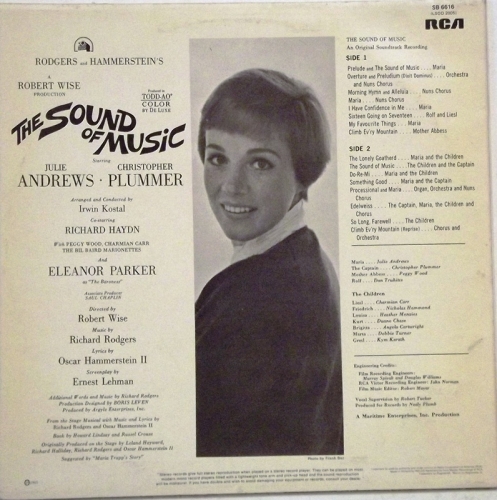 The Sound Of Music (An Original Soundtrack Recording)

The soundtrack of the film The Sound of Music was released in 1965 by RCA Victor and is one of the most successful soundtrack albums in history, having sold more than 20 million copies worldwide.[1][2] The label has also issued the soundtrack in German, Italian, Spanish and French editions.[citation needed]

The album has been reissued several times, including anniversary editions in 1995, 2000, 2005, 2010, and 2015. These CD editions incorporate musical material from the film that would not fit on the original LP.[10]

Three songs from the original Broadway production, "An Ordinary Couple", "How Can Love Survive?", and "No Way to Stop It" were replaced, in the film, with two new songs, "I Have Confidence" and "Something Good". For the original Broadway show, the music was written by Richard Rodgers with lyrics by Oscar Hammerstein II; both the lyrics and music for the new songs were written by Rodgers, as Hammerstein died in 1960.[11] All songs were arranged and conducted for the soundtrack by Irwin Kostal.[11]

In 2018, it was selected for preservation in the National Recording Registry by the Library of Congress as being "culturally, historically, or artistically significant."[12]