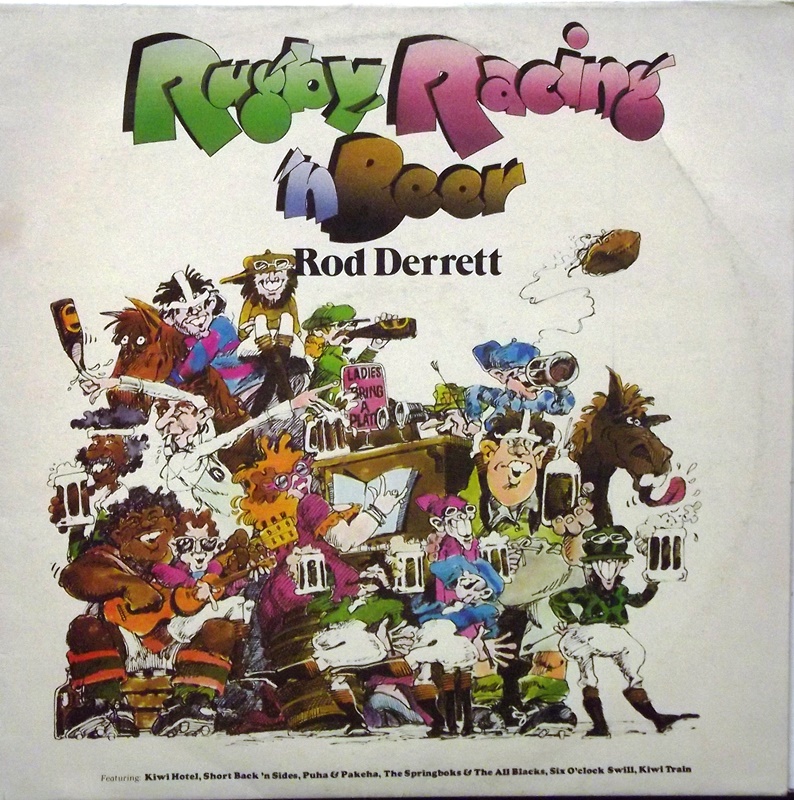 Rod Derrett was a schoolteacher by day and a nightclub owner and performer at night.

Derrett fine-tuned his unique and incisive brand of New Zealand humor during the mid fifties and early sixties in his hometown of Christchurch until he had quite a live following.

Although live his show was incredibly visual, the humour transferred successfully onto vinyl and Derrett recorded several hit singles for Zodiac Records including the rock and roll spoof ‘Teddy Boys Picnic’ in 1960 and ‘Bongo Train' / 'The Kiwi Train’ in 1961, the latter making fun of our – even then – creeky railway system:

Derrett changed labels to HMV in the mid-sixties where he was dubbed “New Zealand’s Clown Prince of Parody”. Derrett then successfully captured the nation’s psyche on tracks such as ‘Rugby, Racing and Beer’, ‘Puha and Pakeha’, 'The Kiwi Hotel’, ‘The Springboks and The All Blacks’ spread across three big selling EPs.

These were compiled onto the album Rod Derrett Sings – Including Short Back And Sides And Other Favourites in 1967.

Derrett and his family left New Zealand in the early seventies and settled in Sydney where he re-launched his career in the clubs of Sydney before returning to teaching.

A pioneer of political and social parody in New Zealand, Rod Derrett died on 20th December 2010 in Sydney. He was 80.