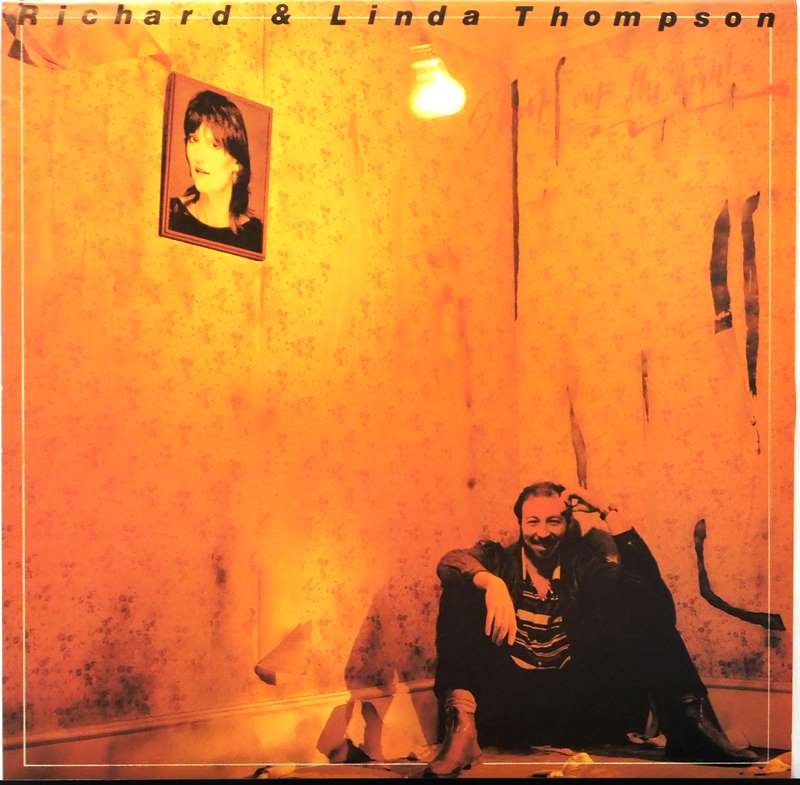 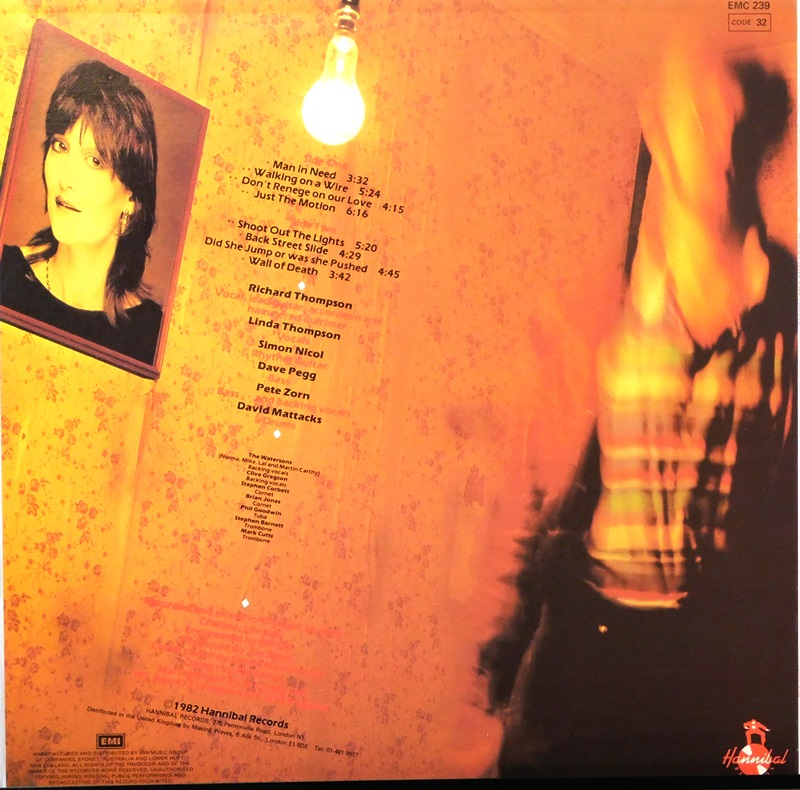 Shoot Out The Lights

Shoot Out the Lights is the sixth and final album by British husband-and-wife rock duo Richard and Linda Thompson. It was produced by Joe Boyd and released in 1982 on his Hannibal label. A critically acclaimed work,[1][2] AllMusic's Mark Deming noted that Shoot Out the Lights has "often been cited as Richard Thompson's greatest work, and it's difficult for anyone who has heard his body of work to argue the point."[1]

After their 1979 album Sunnyvista had sold poorly, Richard and Linda Thompson found themselves without a record deal. In the spring of 1980 they toured as the support act for Gerry Rafferty and in June of that year they recorded some demo tracks at Woodworm Studios in Oxfordshire.[3]

Later that same year and with the Thompsons still without a contract, Rafferty stepped in and offered to finance and produce a new Richard and Linda Thompson album and then use his contacts in the industry and the finished album to secure a new contract with the Thompsons. This album was recorded during September and October 1980 at Chipping Norton Recording Studios in Oxfordshire.[4]

As the project proceeded there was increasing tension between Richard Thompson and Rafferty. Thompson preferred a spontaneous approach to recording and found Rafferty's time-consuming and perfectionist approach hard to cope with. He also felt increasingly frozen out of the project: "When he got to the mixing, I just didn’t bother to turn up . . . because if I said something it was totally ignored and I thought 'hey, whose record is this anyway?'"[4]

Nevertheless, the album was completed, but Rafferty could not interest any record companies and lost in the region of ₤30,000 on the project.[4] Copies of the tapes of the Rafferty-sponsored sessions have subsequently become available as a bootleg under the titles Rafferty's Folly and Before Joe Could Pull the Trigger.[5][6]

Finally, in the summer of 1981 Joe Boyd signed the Thompsons to his small Hannibal label, and in November of that year the Thompsons went back into the studio and recorded a new album. Boyd's proposal, which the Thompsons accepted, was that the album be recorded in a matter of days so that money could be put aside for a tour of the USA.[4] The resulting Shoot Out the Lights included fresh recordings of six songs that had been recorded during the Rafferty-sponsored sessions and two newer songs.[3] Linda Thompson was several months pregnant when the album was recorded and so there was no prospect of an immediate release or supporting tour. By the time the album was released Richard and Linda Thompson’s marriage was over.

Ironically, the album that was recorded when the Thompsons' career seemed all but over and which turned out to be their last album together was their best selling album and acclaimed as one of their greatest artistic achievements. Shoot Out the Lights and the May 1982 tour were crucial in re-launching Richard Thompson's career and in restoring his reputation as a songwriter and guitar player.[4]