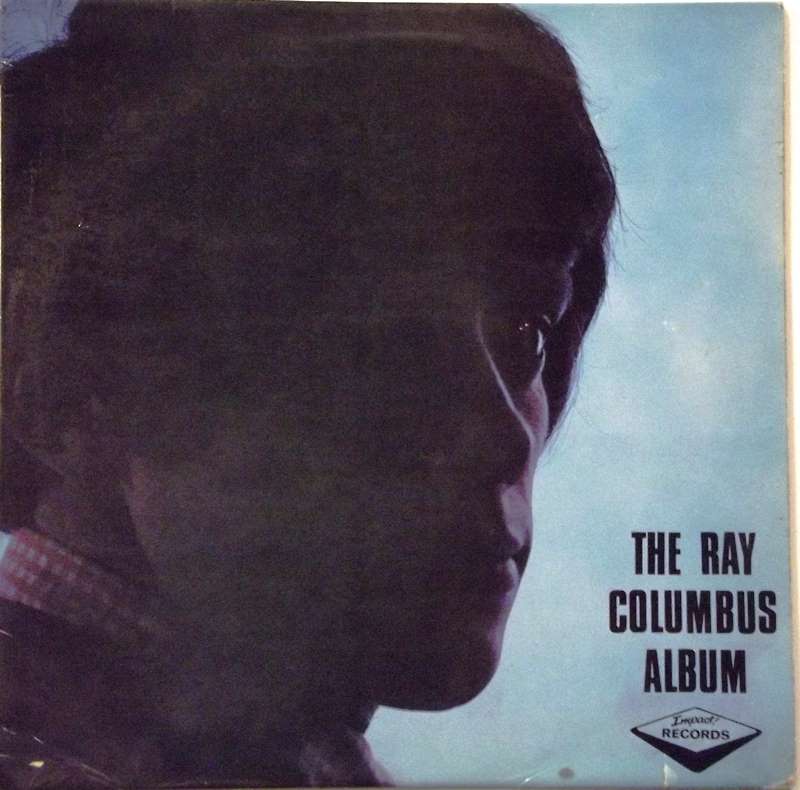 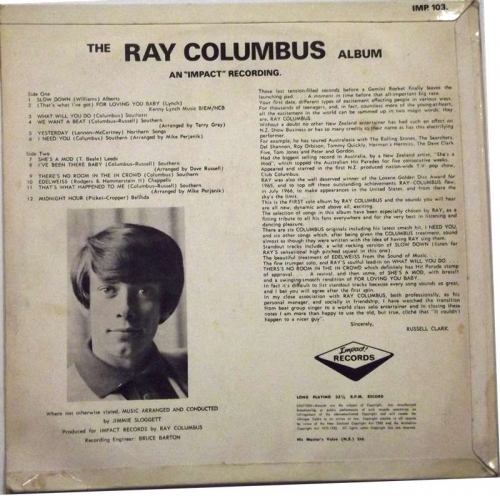 A good copy of this very rare album with minor staining on rear. The gloss flipback cover has minor shelf wear..

When Ray Columbus and the Invaders broke up in July 1965, Billy and Jimmy moved to Sydney to join Max Merritt and the Meteors, and Ray Columbus embarked on a solo career which often utilised Wally Scott and Dave Russell from the Invaders, the later having been Ray's main musical collaborator. The break up of the Invaders was quite sudden and there were still a couple of unfinished tracks for their last album "Original Numbers", so Peter Newing and Dennis Gilmour from the Pleazers were brought in to complete them, filling in for Billy and Jimmy.

Ray spent the next 12 months pursuing his dream of being able to live and play in the US. He also released two solo singles, "We Want A Beat"/"I've Been There Baby" and "I Need You"/"That's What Happened To Me" in 1966. "We Want A Beat" was released to coincide with Ray's local tour with Tom Jones and Herman's Hermits. "I Need You" reached number 12 in the national charts in September and Ray received the APRA Silver Scroll for that song. He also had written enough songs for his first solo album, and this was scheduled for release in August 1966. The album was the self-titled "Ray Columbus Album".