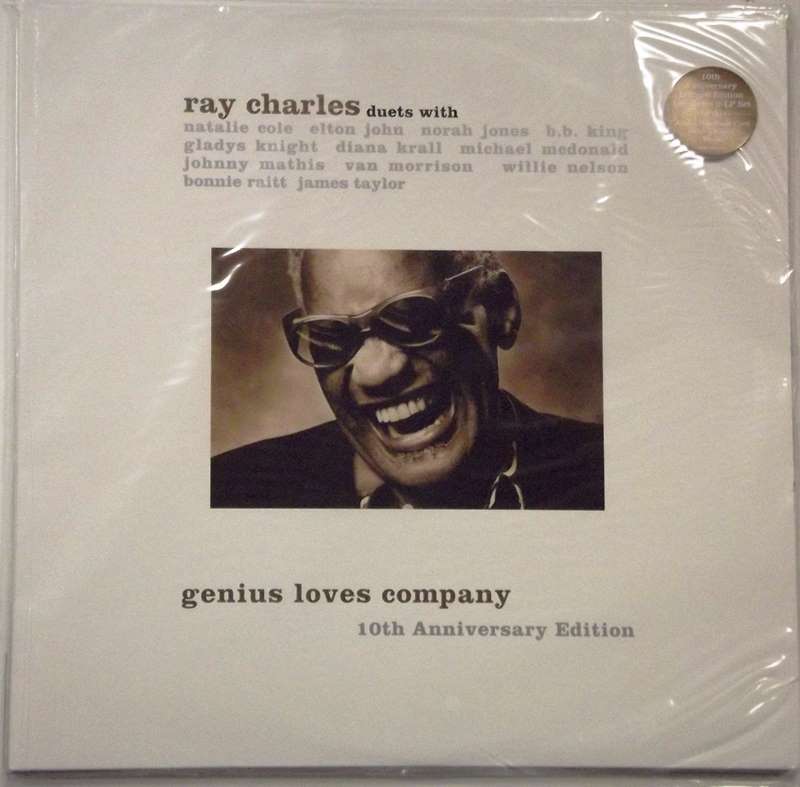 The album was produced by Concord A&R man, John Burk, who approached Charles with the concept of a duets album for a collaboration of Concord Records and Hear Music, the record label owned by the coffee chain Starbucks.[3] It served as the first original non-compilation release by Hear Music,[3] as well as one of Ray Charles' most commercially successful albums. On February 2, 2005, Genius Loves Company was certified triple-platinum in sales by the Recording Industry Association of America following sales of over three million copies in the United States.[4] On February 13, 2005, the album was awarded eight Grammy Awards including Album of the Year and Record of the Year. The cover featured an iconic image by photographer Norman Seeff. The Album of the Year award was presented to coproducer John Burk, who accepted on behalf of himself and coproducer Phil Ramone. (Ramone could not make the trip to Los Angeles for the Grammy ceremony.)