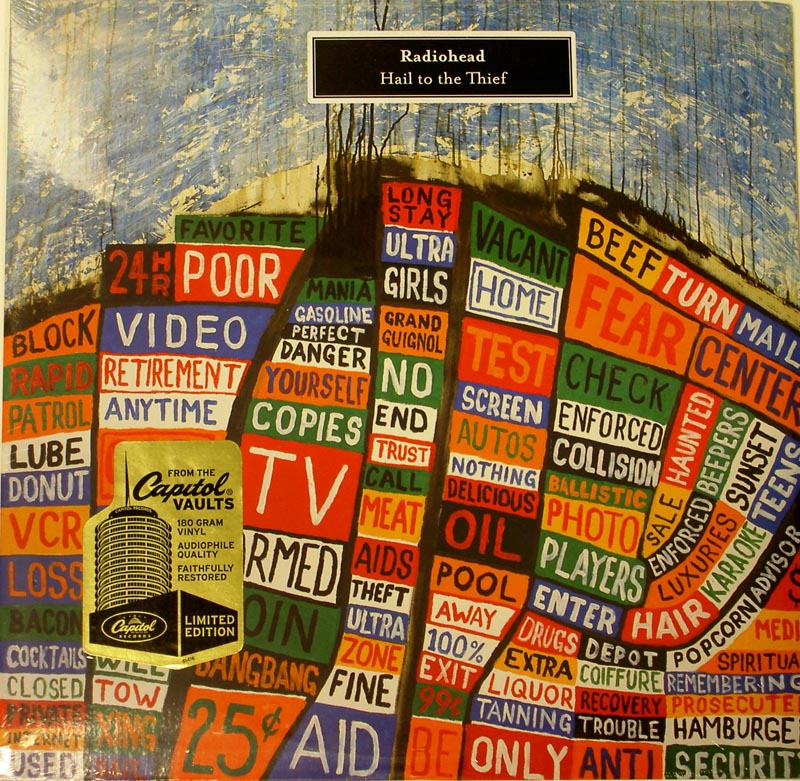 Hail to the Thief

Hail to the Thief (also referred to as Hail to the Thief, (or, The Gloaming.) by the album's liner notes) is the sixth studio album by the English rock band Radiohead, released on 9 June 2003 by Parlophone internationally and by Capitol Records in the United States. It was produced by Radiohead's longtime producer Nigel Godrich. Following the electronic and jazz styles of Kid A (2000) and Amnesiac (2001), the album returned to the guitar rock of Radiohead's earlier albums, but retained electronic elements such as drum machines, synthesisers and digital manipulation. To avoid the protracted recording sessions of previous albums, the band recorded it quickly, employing a live, "spontaneous" approach.

Many of the album's lyrics were written in response to the War on Terror and the resurgence of right-wing politics in the Western part of the world after the turn of the millennium. Songwriter and vocalist Thom Yorke said the album expresses "frustration and powerlessness and anger, and the huge gap between the people that put themselves in control and the people that allegedly voted for them."

Despite a high-profile internet leak ten weeks before its release, Hail to the Thief debuted at number one in the United Kingdom and number three in the United States. It produced three charting singles: "There There", "Go to Sleep" and "2 + 2 = 5". It is certified platinum in the UK, Canada and the US. It received positive reviews and became the fifth consecutive Radiohead album to be nominated for the Grammy Award for Best Alternative Music Album. It was Radiohead's last studio album released as part of their six-album recording contract with Parlophone and Capitol Records.