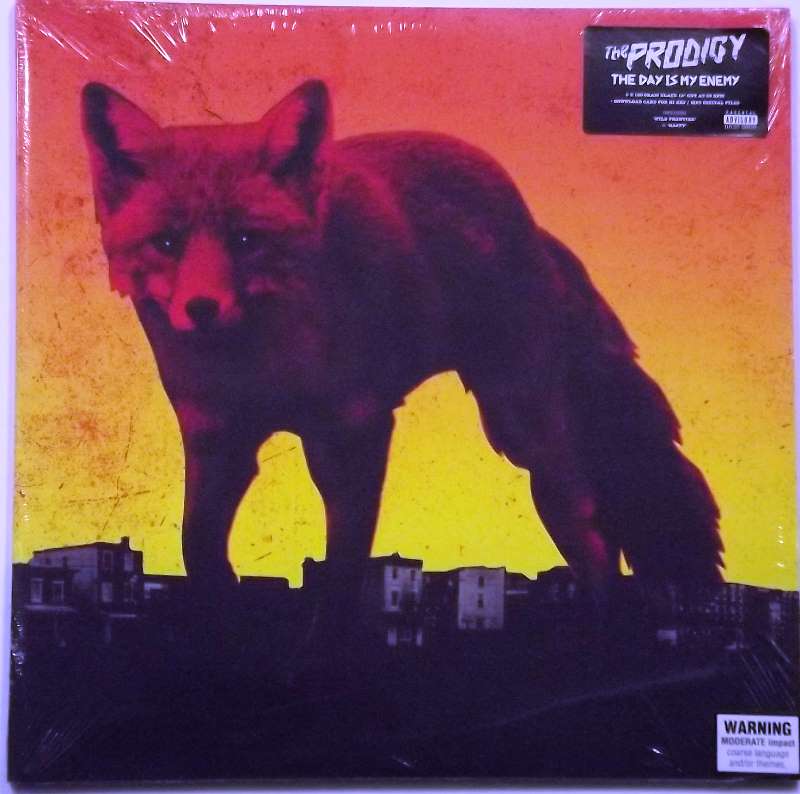 The Day Is My Enemy

The Day Is My Enemy is the sixth studio album by English electronic dance music group The Prodigy. It was released in March 2015 by record labels Take Me to the Hospital/Cooking Vinyl in the UK and Three Six Zero Music/Warner Bros. Records in the United States.

The album was recorded across a timespan of six years, and marks the first time that band members Maxim and Keith Flint have been actively involved in the songwriting process.

The first known existence of new material from The Prodigy came in 2011 when the band debuted new tracks at their live performances. The first two of these tracks were "A.W.O.L." and "Dogbite", with 2012 yielding a new track called "Jetfighter".[1] Liam Howlett had reaffirmed that the new album would be "darker" in contrast to their previous releases.[2] On May 3, 2012, the tentative album title was revealed as How to Steal a Jetfighter.[3] On 2 July 2014, The Prodigy announced that the album was to be re-introduced with a brand new name.[4]

The second working title of the album was Rebel Radio until it underwent another change. Howlett explained that this was because he had a hard time imagining it working as an album title, and instead settled on making that the title of one of the album tracks.[5]

The album was written and recorded largely while on tour, in various hotel rooms around the world, on flights and at The Prodigy's private studio at Tileyard Studios.[6] Howlett found that "violent is the word that keeps on coming up" when describing the album. The entire recording process took almost six years taking in a number of studios and a few restarts to establish that "angry, energetic sound". Unlike previous efforts The Day Is My Enemy became a band-album where Flint and Maxim worked in tandem with Howlett. This created a degree of friction although Flint noted that "four years ago we sat down and talked about where the next album was gonna go, and we knew we had to bust out the most ‘band’ album we could create".[7]