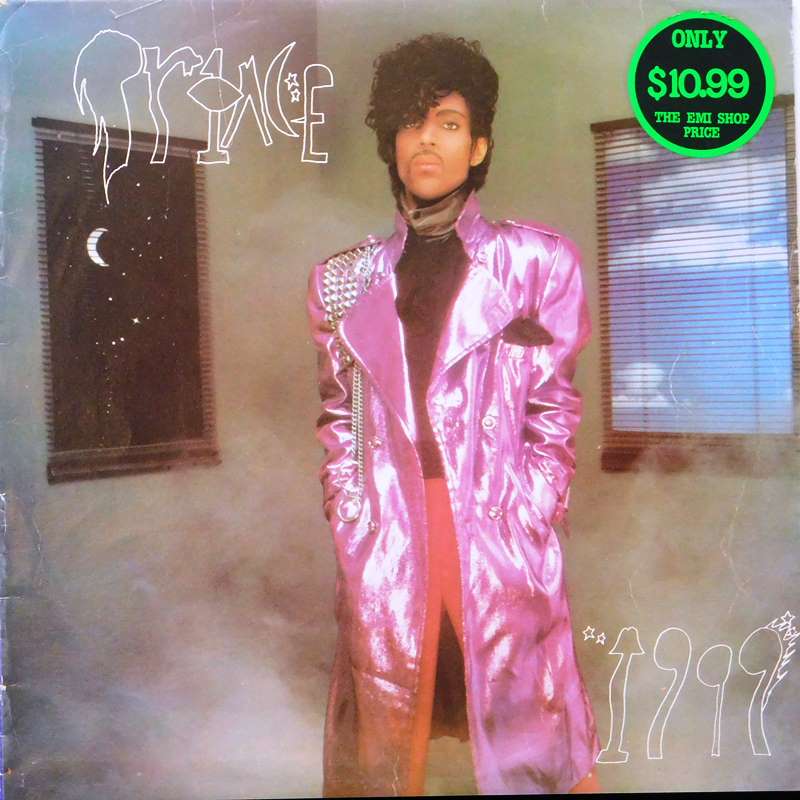 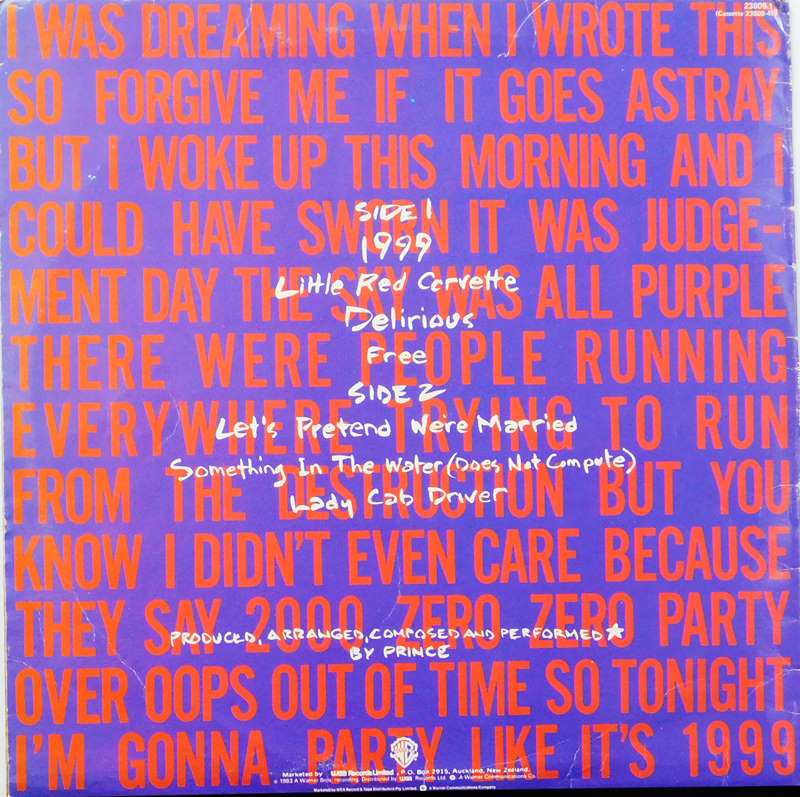 Nice vinyl with minor marks and pen scribling on side 1 label housed in a good cover with original price sticker..

1999 is the fifth studio album by American recording artist Prince, and the first to feature his band the Revolution. It was released on October 27, 1982, by Warner Bros. Records.

1999 was Prince's first top ten album on the Billboard 200 chart in the United States (peaking at number 9, besting that peak at number 7 after his death in 2016), subsequently becoming the fifth best-selling album of 1983. The title track was a protest against nuclear proliferation and became his first top ten hit in countries outside the United States. 1999 received widespread acclaim from critics, and was seen as Prince's breakthrough album.

1999 is certified quadruple platinum by the RIAA. According to the Rolling Stone Album Guide, "1999 may be Prince's most influential album: Its synth-and-drum machine-heavy arrangements codified the Minneapolis sound that loomed over mid-'80s R&B and pop, not to mention the next two decades' worth of electro, house, and techno."[8] In 2003, 1999 was ranked 163rd on Rolling Stone magazine's list of The 500 Greatest Albums of All Time.[9] The album was inducted into the Grammy Hall of Fame in 2008.[10]