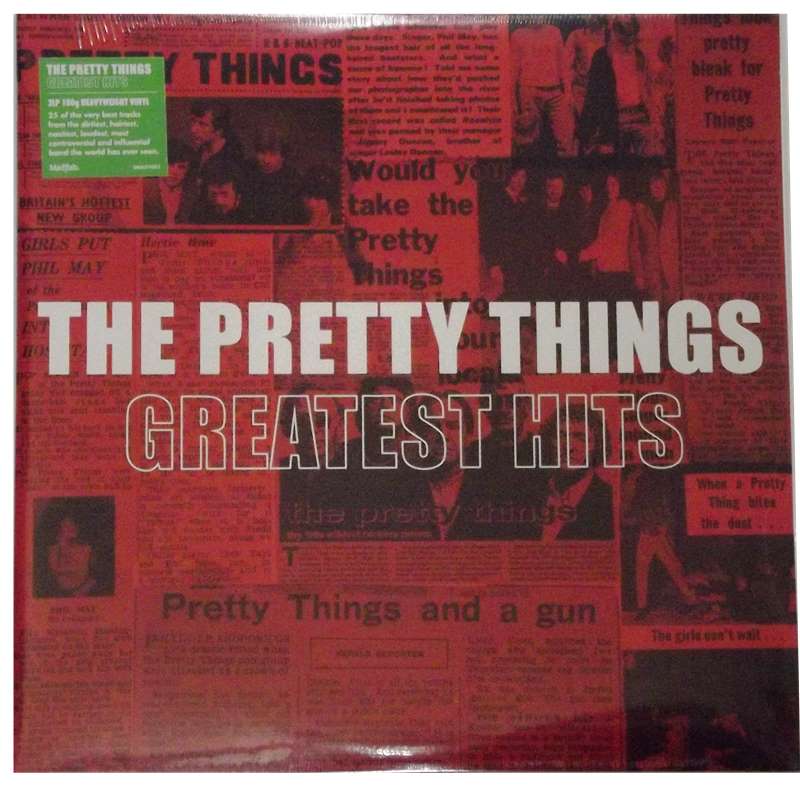 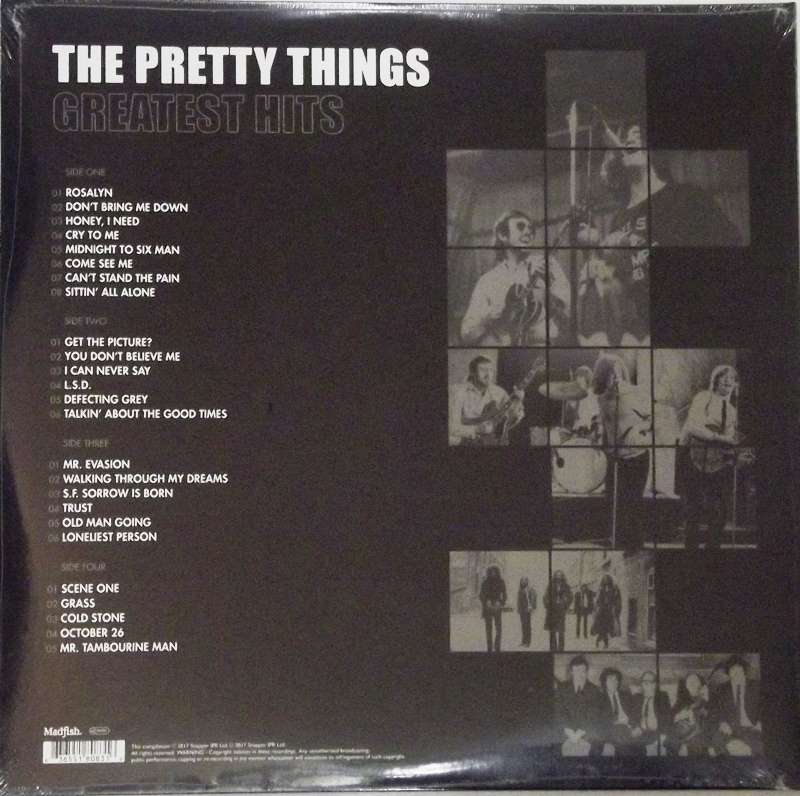 25 OF THE VERY BEST TRACKS FROM THE LEGENDARY PRETTY THINGS

The Pretty Things religiously stuck to their guns by making great, exciting, challenging and often violently aggressive records that just weren't quite acceptable enough to slot into the breathlessly presented but carefully airbrushed new youth-culture media of the 1960s. This set includes the instantly recognisable likes of Rosalyn, Don’t Bring Me Down, Cry To Me and many other brilliant songs at the forefront of an evolving rock music scene through the 1960s, 1970s and 1980s.

The band's songwriting prowess is best highlighted when, after their brief fling with minor R&B hits alongside such bands as The Rolling Stones, The Animals, The Yardbirds and Manfred Mann, they hit the ground running with music that fuelled the "Swinging Sixties" and Mod Culture. The shift to Psychedelic Rock saw The Pretty Things ensconced in Abbey Road studios, alongside The Beatles and The Pink Floyd, to record the world's first rock opera - S.F. Sorrow spearheading the London psychedelic revolution alongside a completely new breed of acts, like The Crazy World of Arthur Brown, Jimi Hendrix and the Floyd themselves.

The final track Mr. Tambourine Man was originally offered to The Pretty Things, who turned it down before The Byrd's version was recorded. The band finally recorded their own take in 2016 keeping true to their style of the time.

A truly meaningful historical document of the greatest band with the fewest hits, but with the best music, this version of The Pretty Things' Greatest Hits is presented as a double LP pressed on to 180g vinyl in gatefold packaging. Band members Dick Taylor and Phil May provide individual track commentary in the liner notes (which also has an introduction from long-time manager Mark St. John).