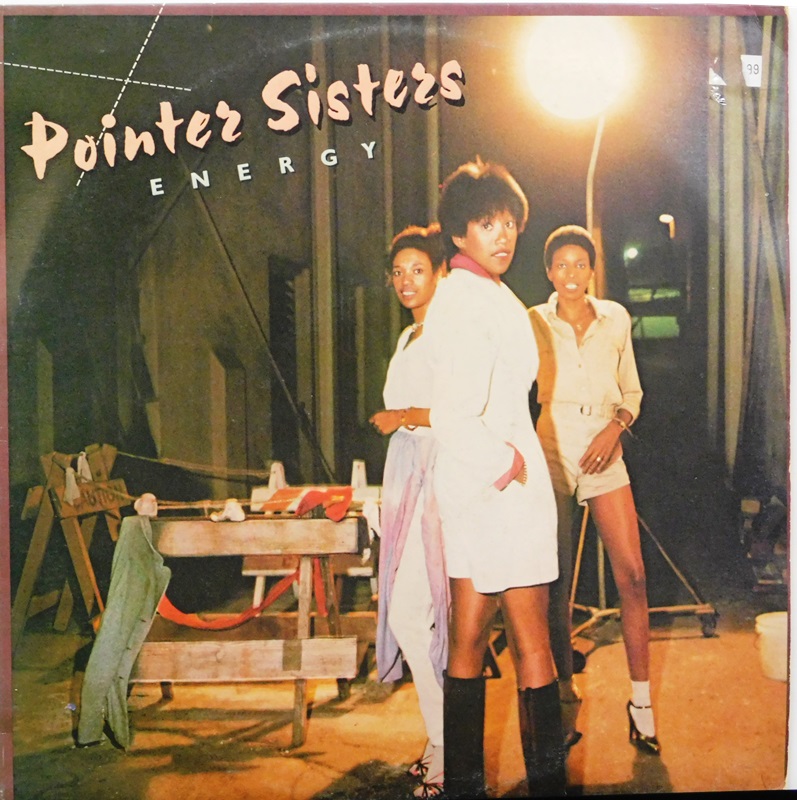 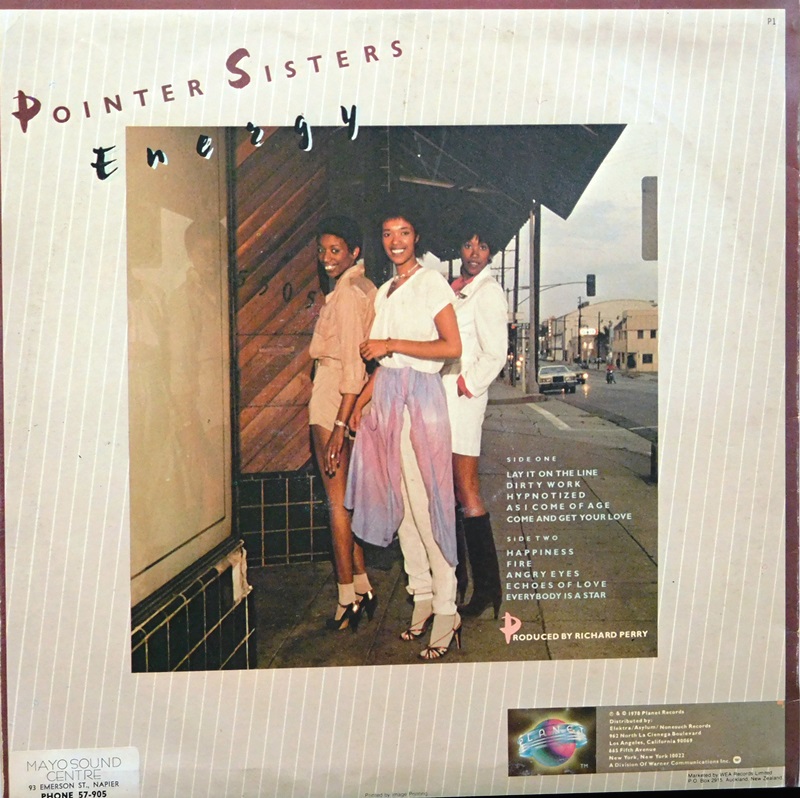 Nice clean vinyl with a good cover and insert.

Energy is the fifth studio album by The Pointer Sisters, released in 1978 on the Planet label.

After a brief split following sister Bonnie's departure from the group, a musically reinvented and recharged Pointer Sisters returned composed of Ruth, Anita and June. Their first album for Planet, this was also the first album produced by  Richard Perry. The record spawned a number two pop smash (and gold-certified single) with a cover of Bruce Springsteen's "Fire". "Happiness" also scored on the U.S. pop Top 40.