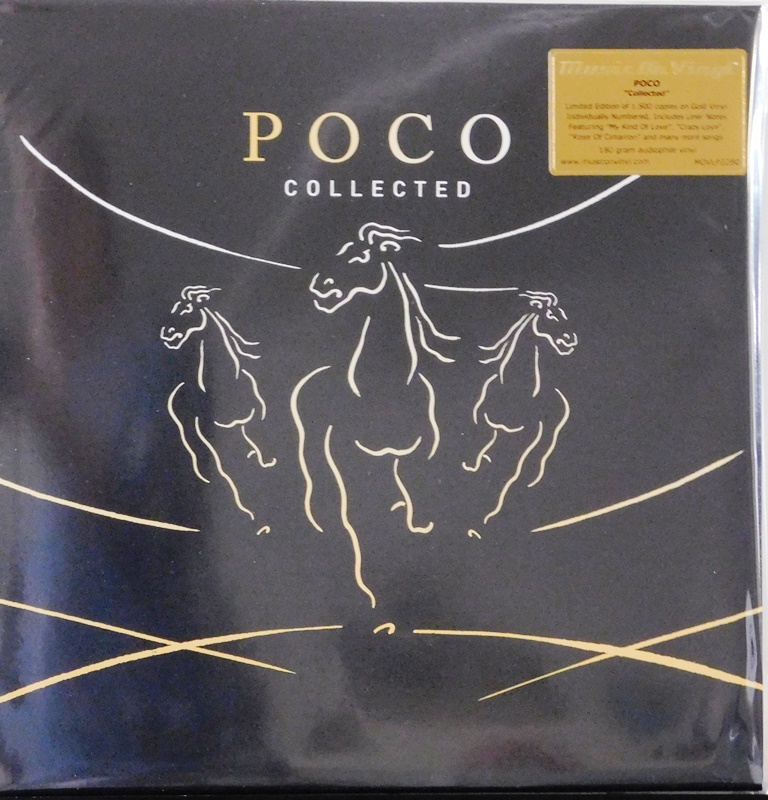 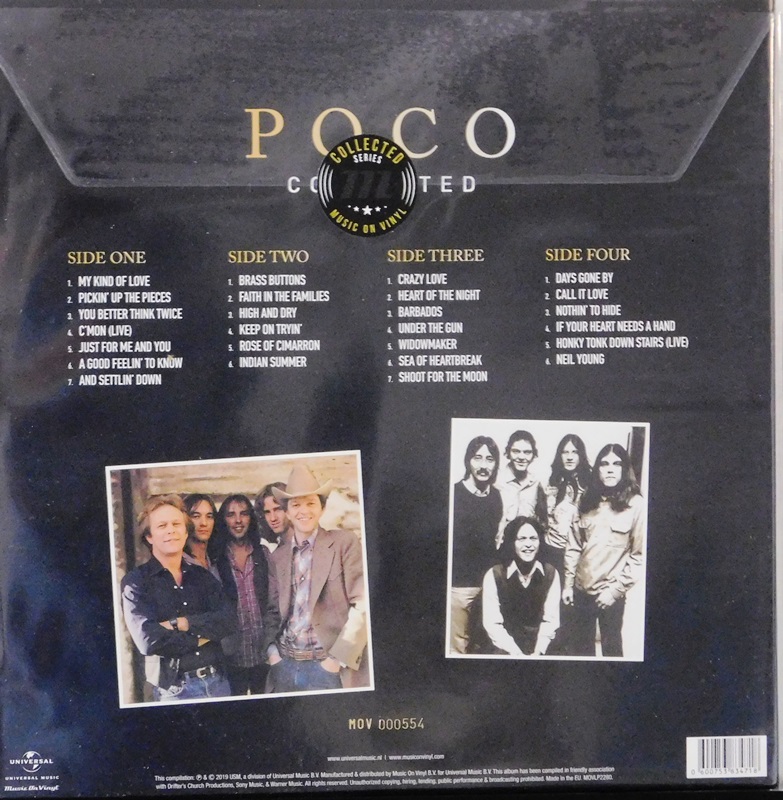 The American country rock band Poco formed in 1968 and released different charting songs during the '70s and '80s. In 50 years they recorded more than enough worthwhile material to bundle on 2LPs. The Poco Collected album features songs from different periods and includes some live recordings.

During their 50-years of existence Poco performed in various groupings and recorded over 20 studio albums. The band was formed following the demise of Buffalo Springfield in 1968, as seen in the name of their first album,  Pickin' Up the Pieces. It was the start of long career, in which they recorded several charting singles, such as "Rose of Cimarron", "Crazy Love", "Call It Love" and "Heart of the Night". Those singles are combined with the unknown gems and several fan favourites, to feature on the Collected 2LP.

Poco Collected is available as a limited first pressing of 1.500 individually numbered copies on gold vinyl.