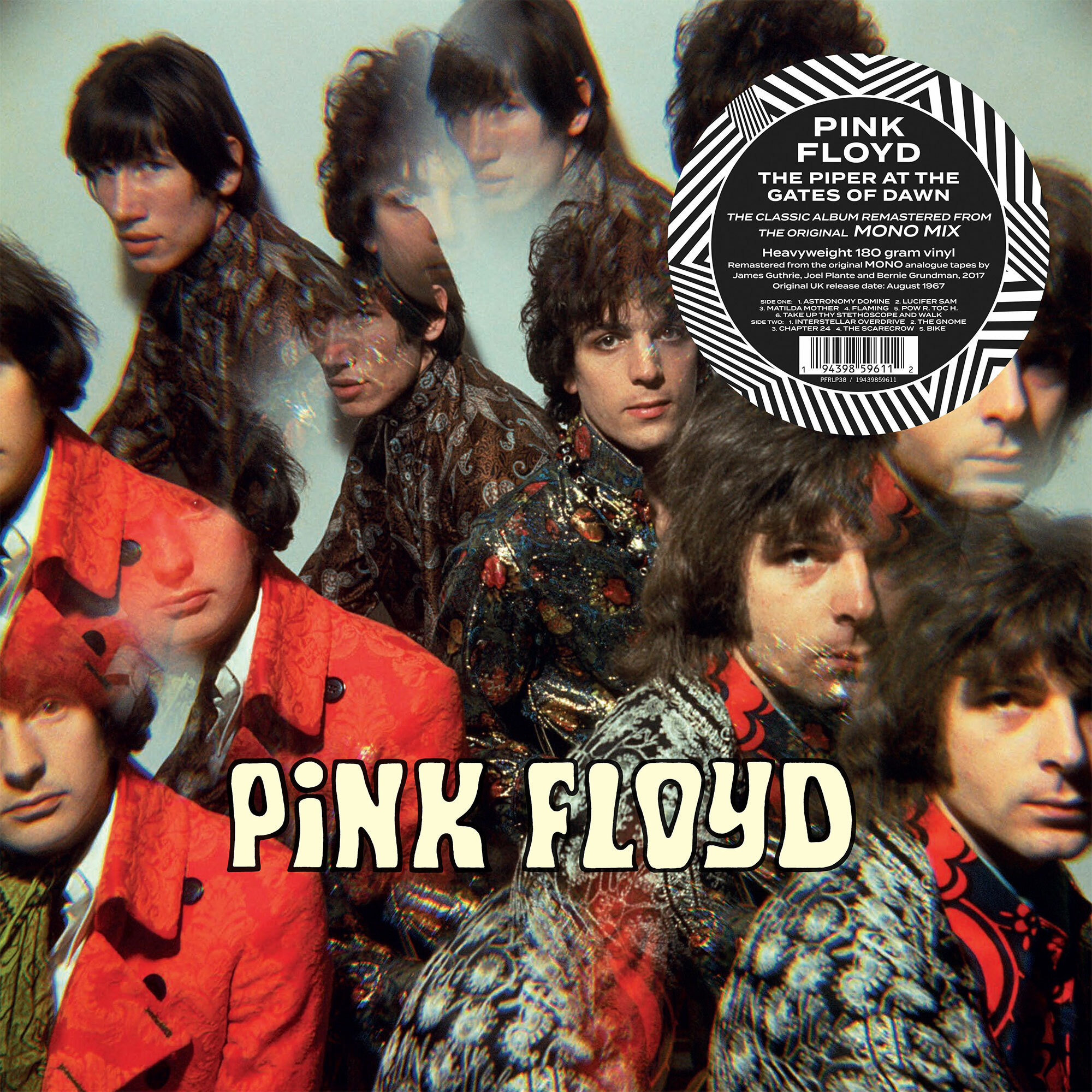 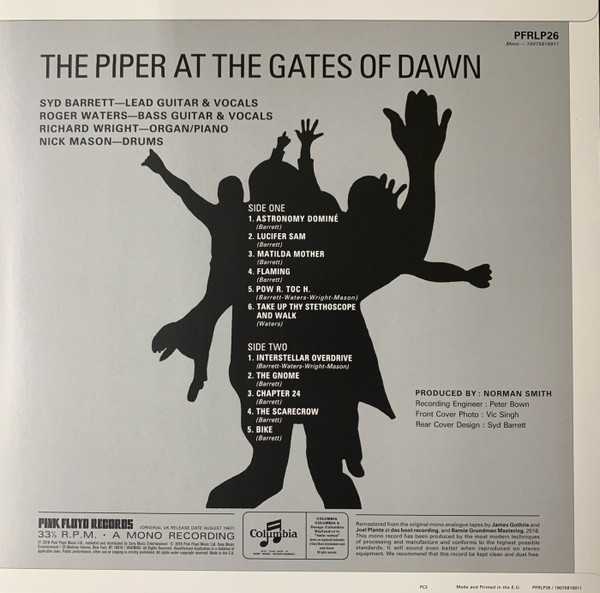 The Piper at the Gates of Dawn

The Piper at the Gates of Dawn is the debut studio album by the English rock band Pink Floyd, and the only one made under founder member Syd Barrett's leadership. The album, named after the title of chapter seven of Kenneth Grahame's The Wind in the Willows[1] and featuring a kaleidoscopic cover photo taken by Vic Singh, was recorded from February to May 1967. It was produced by Beatles engineer Norman Smith and released in 1967 by EMI Columbia in the United Kingdom and Tower in the United States, in August and October respectively.

The release of the album in the US was timed with the band's tour of the US. In the UK, no singles were released from the album, but in the US "Flaming" was offered as a single. The US version of the album has a rearranged tracklist, and contains the UK non-album single, "See Emily Play". Two of the album's songs, "Astronomy Domine" and "Interstellar Overdrive", became central to the band's setlist around this period, while other songs were performed only a handful of times.

Since its release, the album has been hailed as one of the best psychedelic rock albums of all time. In 1973, it was packaged with the band's second album, A Saucerful of Secrets, and released as A Nice Pair to introduce new fans to the band's early work after the success of The Dark Side of the Moon. Special limited editions of The Piper at the Gates of Dawn were issued to mark its thirtieth and fortieth anniversaries in 1997 and 2007, respectively, with the latter release containing bonus tracks. In 2012, The Piper at the Gates of Dawn was voted 347th on Rolling Stone magazine's list of the "500 Greatest Albums of All Time".