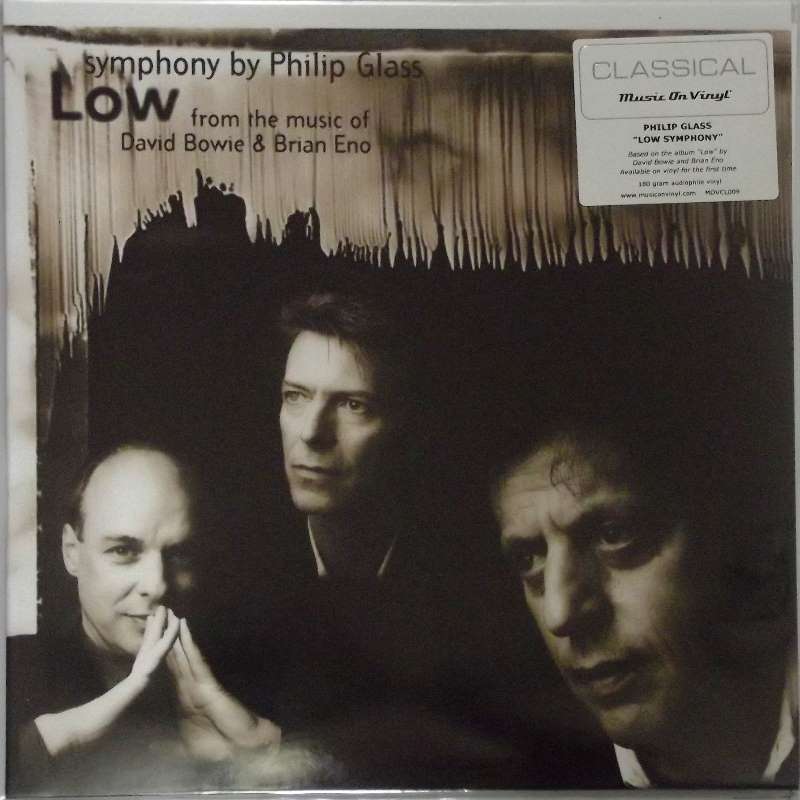 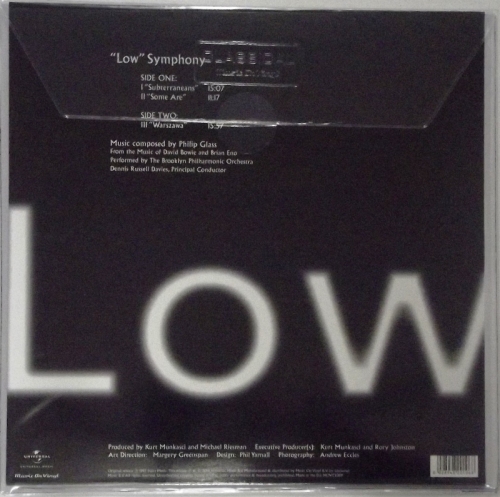 Sealed brand new 180 gram audiophile vinyl. Made in the EU.

Symphony No. 1 "Low", also known as the "Low" Symphony, is a symphony by Philip Glass based on David Bowie's album Low.

In 1996, Glass based another symphony on David Bowie's following album "Heroes".

The symphony has three movements:

Glass did not base the second movement on the original album, but rather a remastered version with the track "Some Are", which did not feature on Bowie's original recording.