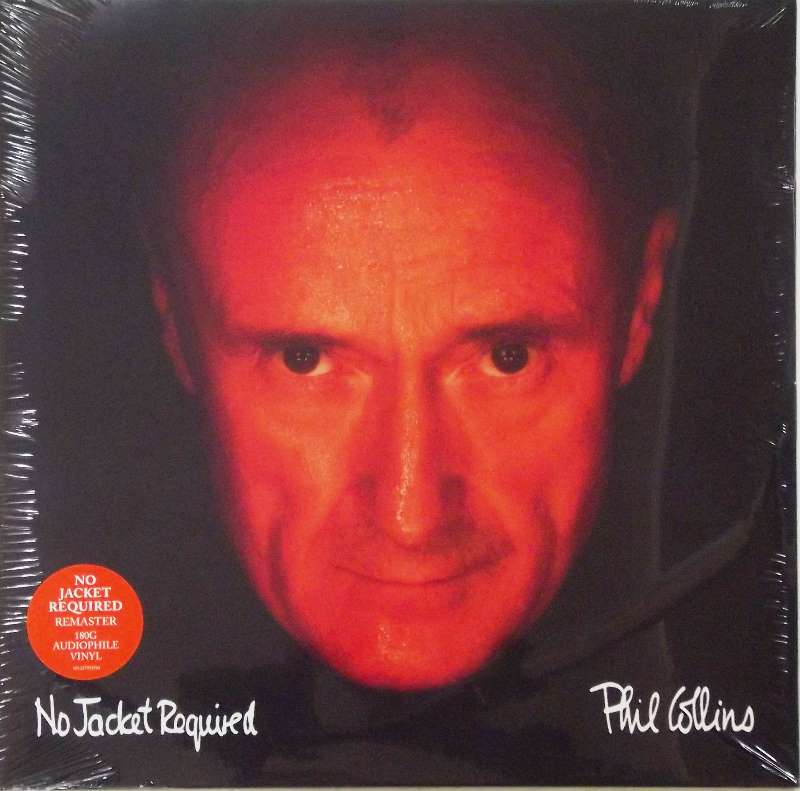 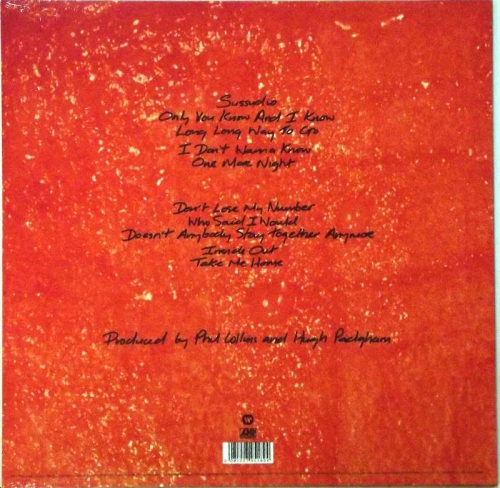 Sealed brand new remastered 180 gram copy of this iconic album. Made in the EU.

No Jacket Required is the third solo studio album by English singer-songwriter Phil Collins, the lead vocalist and drummer for the rock band Genesis. The album was originally released on 18 February 1985[1] on Virgin (UK and Ireland), Atlantic (US and Canada), and WEA (Rest of the world). It features guest backing vocalists, including Helen Terry, Peter Gabriel and Sting. Some of the songs, like "Don't Lose My Number" and "Sussudio", were based around improvisation. Other songs, like "Long Long Way to Go", had a political message. "One More Night", "Sussudio", "Don't Lose My Number", and "Take Me Home" were released as singles, with corresponding music videos. All four singles were top ten hits on the Billboard Hot 100 chart, with "Sussudio" and "One More Night" reaching number one. The three singles that were released in the UK all reached the top 20 on the UK charts.

The album was received favourably by the majority of music critics, although opinions have become more negative in subsequent decades and it has rarely been featured in "Best Albums of the 1980s" lists since. It won three Grammy Awards including for Album of the Year in 1986. Stephen Holden of The New York Times wrote that Collins was "quietly revolutionising and expanding the role of the drums in pop record making". Rolling Stone reviewer David Fricke wrote that, "Like his '81 and '82 outings, Face Value and Hello, I Must Be Going!, No Jacket Required is not an album that waits to be liked". Collins' most commercially successful solo album, it went on to peak at number one in several countries, including the US (where it was at the top of the charts for seven weeks), the UK and Canada. According to the RIAA, the record sold over twelve million copies in the US, and in the UK, the album sold over two million copies, and was certified 6× platinum. It was the second best-selling album of 1985 in the UK, beaten to first place by Dire Straits' Brothers in Arms. Worldwide, the album has sold over 25 million copies.

Many of the songs, including "Take Me Home", and "Long Long Way to Go", have been featured in episodes of Miami Vice and Cold Case, and "The Man with the Horn" was re-written and re-recorded for the episode "Phil the Shill". "We Said Hello Goodbye" was remixed for the film Playing for Keeps.

Following the release of the album Collins embarked on the successful No Jacket Required World Tour. At the end of that tour, Collins received critical acclaim for performing at both the London and Philadelphia Live Aid concerts on 13 July 1985. During the tour, Collins recorded a song with Marilyn Martin for the movie White Nights, called "Separate Lives", which was a number one hit in the US, and a top ten hit in the UK. Remixes of six songs from the album were later included on the 12"ers compilation album, released in 1987.