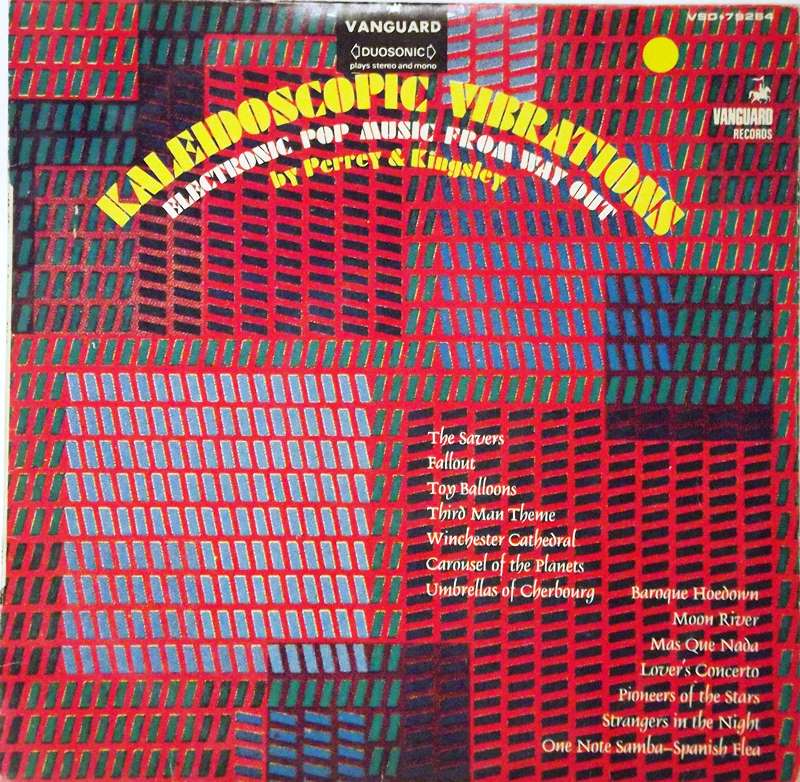 Kaleidoscopic Vibrations: Electronic Pop Music From Way Out was a 1967 release of the second collaboration between electronic musicians Perrey and Kingsley. It was released on Vanguard Records, an independent label in Santa Monica, California, as Catalog # VSD-79264. In 1971, it was re-released using different cover artwork and under a new title: Kaleidoscopic Vibrations: Spotlight on the Moog. This album is one of the first to include a track using the Moog synthesizer, that being “The Savers”.[1] This was recorded early 1966 when a friendship started between Jean-Jacques Perrey and Robert Moog, the creator of the Moog synthesizer. Perrey and Kingsley's idea for Kaleidoscopic Vibrations: Spotlight on the Moog was to create an optimistic and humorous feel to their music. In doing so they caught Disneyland's attention, and their song Baroque Hoedown has been the feature song for the Main Street Electrical Parade.[2]