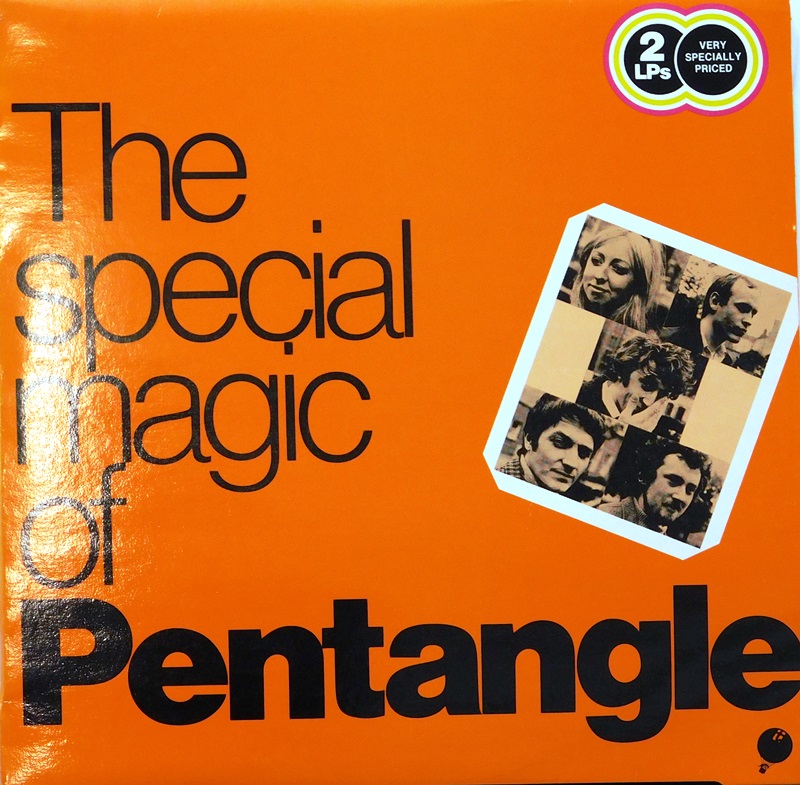 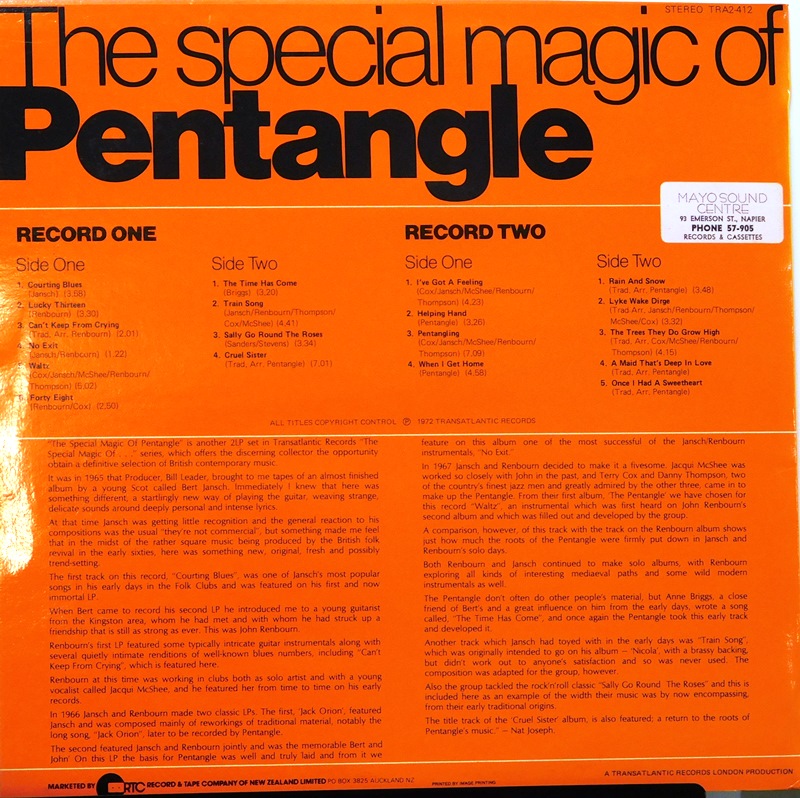 The Special Magic Of Pentangle

Pentangle (or The Pentangle[1]) are a British folk-jazz band with an eclectic mix of folk, jazz, blues and folk rock influences. The original band was active in the late 1960s and early 1970s, and a later version has been active since the early 1980s. The original line-up, which was unchanged throughout the band's first incarnation (1967–1973), was: Jacqui McShee (vocals); John Renbourn (vocals and guitar); Bert Jansch (vocals and guitar); Danny Thompson (double bass); and Terry Cox (drums).

The name Pentangle was chosen to represent the five members of the band, and is also the device on Sir Gawain's shield in the Middle English poem Sir Gawain and the Green Knight which held a fascination for Renbourn.[2]

In 2007, the original members of the band were reunited to receive a Lifetime Achievement award at the BBC Radio 2 Folk Awards and to record a short concert that was broadcast on BBC radio. The following June, all five original members embarked on a twelve-date UK tour.