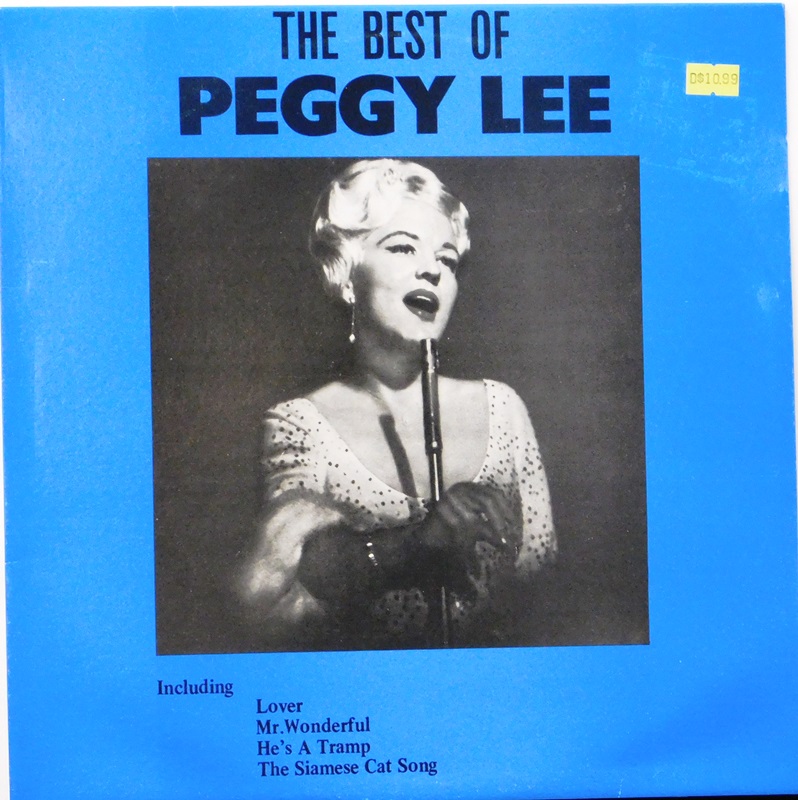 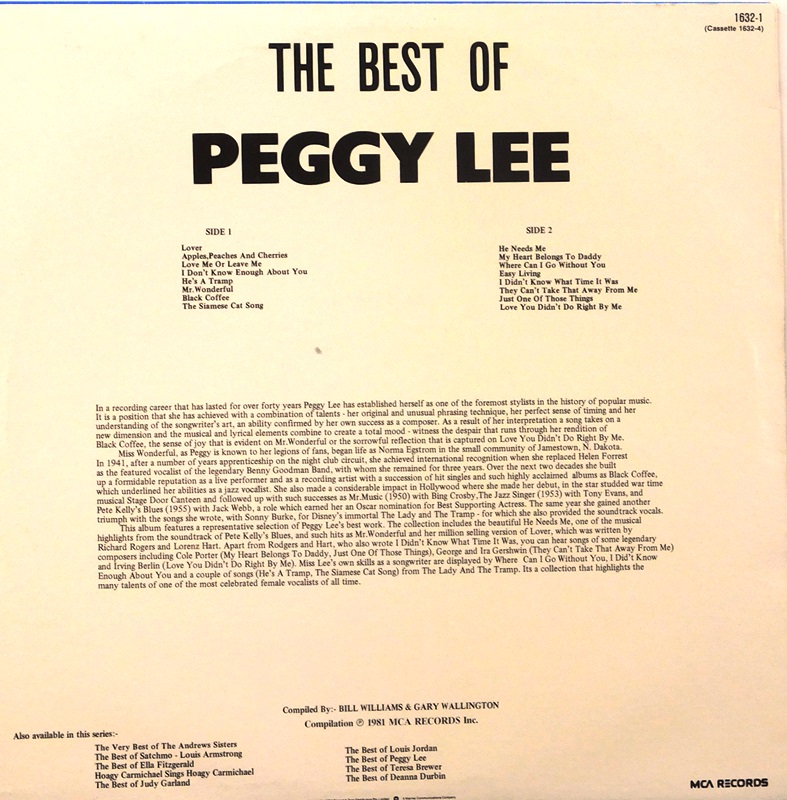 The Best Of Peggy Lee

Any compilation that properly anthologizes the chart history of Miss Peggy Lee is forced to sprint through 24 years, including a pair of decades that were the most culturally tumultuous of the 20th century. Such is the peril of attempting to summarize Lee's career by way of her hits, though for introductory purposes this disc is an excellent one (and her strong musical personality serves well to unify the material anyway). Beginning with "Waiting for the Train to Come In," her 1946 solo chart debut with Benny Goodman, The Best of Miss Peggy Lee picks up nearly all of her big hits, all of which number among her best performances. Lee excelled at sounding sunny ("It's a Good Day") or sultry ("I Don't Know Enough About You") or sizzling ("Fever," "Big Spender"), she often wrote her own material, and always illustrated that both novelties and standards were putty in the hands of the best song sculptor ever heard in the world of vocal jazz. Though it's a shame the compilers couldn't find room for early hits such as "'Deed I Do" and "Don't Smoke in Bed" or well-chosen later material like "Let's Love" (the song Paul McCartney wrote for her), The Best of Miss Peggy Lee provides an efficient summary of the most commanding performing personality in vocal jazz.